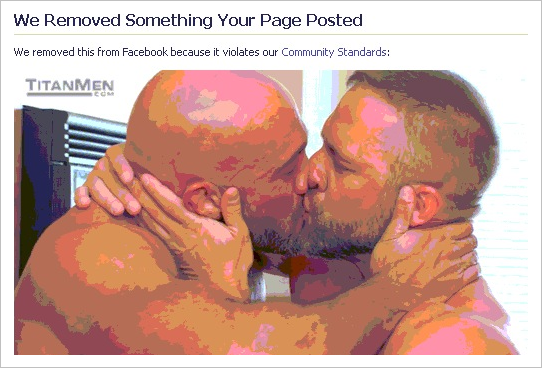 This simple line, penned by the Roman poet Virgil and used throughout the ages as a rallying cry for oppressed victims of hatred and bigotry, is in fact a misquote. Virgil's original verse, taken from his pastoral work The Eclogues, written in 37 B.C., actually reads as follows: "Omnia vincit Amor, et nos cedamus Amori." That is, love conquers all, and we all must surrender to love.

Virgil's tone of inevitability -- we must surrender -- holds special significance for my husband Dirk Caber and me, considering what has happened to us these past few weeks. On the evening of Oct. 7 I posted a photo on Facebook of me kissing Dirk at the gym. The caption was optimistic and upbeat: "I remember a time when I was so closeted that I was terrified of expressing my sexuality in any public place anywhere, let alone a bastion of masculinity like this place. I've come a long way I guess." The photo quickly amassed nearly 3,000 likes and 150 shares -- as well as one particularly threatening comment: "All you faggots must die." I reported the comment to Facebook -- all death threats should be taken very seriously -- and posted a second photo of me kissing my husband. The caption on the second photo read, "To [the person who threatened me], who apparently wishes death upon me and Dirk and all the other 'faggots' out there, I give you this: another pic of me kissing my amazing husband. You can't win, dude. Love conquers all." The photo quickly garnered over 6,000 likes and 250 shares -- along with several more threats like "You should be shot," "Go kill yourself," and "ill rip yr fffing head off." But before I could report these latest menacing comments, my second photo was unaccountably removed by Facebook for "violating community standards," and I was banned from my account for 12 hours.

Facebook's Community Standards policy is quite long. I've read it several times and still cannot find any part that justifies my photo's removal. My presumption is that the same people who threatened my life and the life of my partner decided to report the photo for either graphic sexual content (though there is nothing pornographic about two men in a committed relationship who are photographed, from the shoulders up, sharing a loving kiss) or an intellectual property violation. (The photo bears a TitanMen.com watermark, but that is the photo's correct attribution, and as a TitanMen exclusive I have the company's permission to repost their material.) Facebook eventually restored the photo, but not until well after my 12-hour exile had elapsed. A Facebook spokesman offered a generic apology through a Huffington Post reporter:

As our team processes more than one million reports each week, we occasionally make a mistake. In this case, we mistakenly removed content and worked to rectify the mistake as soon as we were notified.

Facebook still has not contacted me directly to offer any sort of explanation or apology. In fact, throughout this ordeal I was not given any viable means of appeal. Facebook's only communication informed me that they "value [my] feedback and product suggestions ... but don't respond to suggestions directly." It apparently took a call from a Huffington Post reporter to get them to pay any attention at all.

Facebook has been strongly criticized for their self-admittedly erroneous censorship of two men in love, and Dirk and I certainly feel that the definition and enforcement of their Community Standards policy needs significant refinement. However, we do not believe that Facebook is the enemy here. Our true adversaries are those who posted the hate-filled comments in the first place. The fact that such anti-gay sentiment still exists in the world distresses us greatly. As a relatively visible gay couple, we became reluctant lightning rods for this hatred.

But we are reluctant no more.

In fact, Dirk and I are quite gratified in our new role. If bullies and homophobes try to pick a fight with us, they will lose. Dirk and I are smart, we're articulate, we're stubborn, and we don't tolerate intimidation. And we take threats seriously: We've filed a police report to document the threats we've received, and yes, we have named names. So to all you homophobic thugs and gay bashers out there: Consider yourself on notice. We will stand against you, and we will never back down. If others see us standing up to these bigots, maybe they'll have the courage to stand up for themselves too. Our ranks will grow, and the voices of hatred will be silenced, because love conquers all -- and we all must surrender to love. 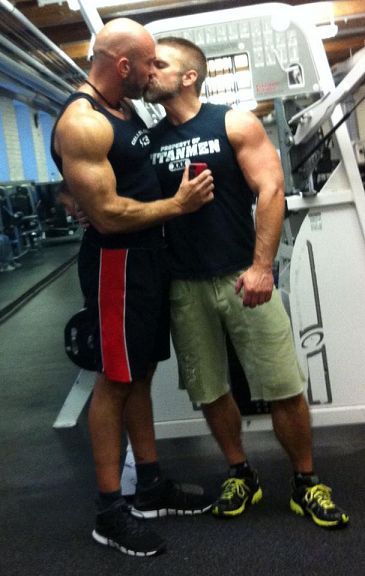