In the course of the election, Donald Trump was clear about his views on climate disruption, the Paris agreement, and most specifically the Environmental Protection Agency (EPA).

Now that Trump is President-elect, he is wasting no time in putting his ideas into play. To start the ball rolling, he has appointed Scott Pruitt to head the EPA.

Reaction has been swift and overwhelming negative.

Pruitt is part of a cabal that promotes the concept that clean energy is antithetical to a robust economy.

Unsurprisingly, Pruitt fits in perfectly with the other cabinet picks, who have glaring conflicts of interest. (No surprise that Kellyanne Conway told reporters, "Attorney General Pruitt has great qualifications.").

Is Pruitt's nomination a crisis? You bet it is!

Let's go over some of what the EPA does and why Pruitt should not be anywhere near the reins.

What the EPA Does:

The EPA has a plainly stated mission:

"To protect human health and the environment." Its job is "to reduce environmental risk based on the best available scientific information." This includes creating and implementing federal laws "fairly and effectively."

In December 1970, Richard Nixon initiated the EPA with an Executive Order. The concept was to integrate protections for the America public into policy that would interact with the domestic agendas of energy, transportation, industry, and agriculture.

The scope of the EPA touches almost every aspect of an American's daily life. It goes beyond clean air and water to the physical impacts of asbestos, mercury, lead, and the recognition of billions of chemicals in our households, beauty products, and plastics.

So, what happens if Pruitt gets confirmed? The EPA becomes refashioned to reflect a Trumpian point of view.

Trump and the EPA

Firstly, a disclaimer will be needed to explain the agency is now an operative for big polluters and fossil fuel interests.

The message is clear. Industries and businesses who use toxic materials in their products will have potentially relaxed standards and lowered oversight. The driving factor will be the bottom line of dollars and cents.

Ironically, the Trump rhetoric of how the EPA is stifling the economy has been disproved. There have been three peer-reviewed studies that examined the benefits of a cleaner environment. The circle is larger than just jobs. It takes into account spiraling health costs occurring from illnesses related to pollution factors, lost school and work days and premature deaths.

Trump may promote getting big government out of people's lives, but when the reality of a toxin appearing in water or food comes to light, people will want answers. When hazardous waste gets dumped in landfills that end up near schools or homes, folks will demand to know how and why it happened.

When things aren't working, people get mad. It's also when they reach out to government for help.

What happens to the people suffering from environmental injustice because they live in a low-income community or are from minorities populations? Or the elderly who are more susceptible to lung disease, and the youngest of children who are at risk while their minds and bodies are developing?

They're out of luck.

Check out the EPA's Strategic Plan for 2014-2018. It pinpoints "Working Toward a Sustainable Future." If the goals of a Trump EPA are to roll back eight years of domestic progress and stymie leadership on the international stage, there will be no interest in a sustainable future.

Sen. Tom Carper (D-Del), who will serve as ranking member on the Senate Environment and Public Works Committee (EPW) in the 115th Congress, said in reaction to Pruitt's announcement:

"Since the EPA was created by President Nixon forty-six years ago, this country has seen cleaner air and cleaner water for all Americans. This progress has been made while growing our economy and putting Americans to work. Despite all our successes, we know more must be done to safeguard public health and ensure we leave a better environment for our children and grandchildren. This is especially true when it comes to tackling climate change." Carper underscored that he was "committed to a full and fair confirmation process." He also added pointedly, "Any individual charged with leading the EPA who wants to ignore science or look out for special interests at the expense of public health can expect a fight with me."

Sen. Barbara Boxer (D-CA), a stalwart champion of environmental rights who is retiring from the Senate, was quite succinct in her reaction. She asserted:

"President-elect Trump has selected someone who, as Oklahoma Attorney General, has fought on the side of big polluters and special interests over the health of the people of his state. He has sued the EPA to overturn common-sense public health protections, and he stands with climate deniers. There can be no doubt that Mr. Pruitt is the wrong choice because he will continue to try to roll back our landmark environmental laws like the Clean Air Act and the Clean Water Act, and that is disastrous for the American people."

The EPA is supposed to be non-partisan. If you care about the important work of this agency, you must be pro-active.

Now is the time for all parents to stop this anti-science madness and let their Senators know our kids need the EPA more than ever. 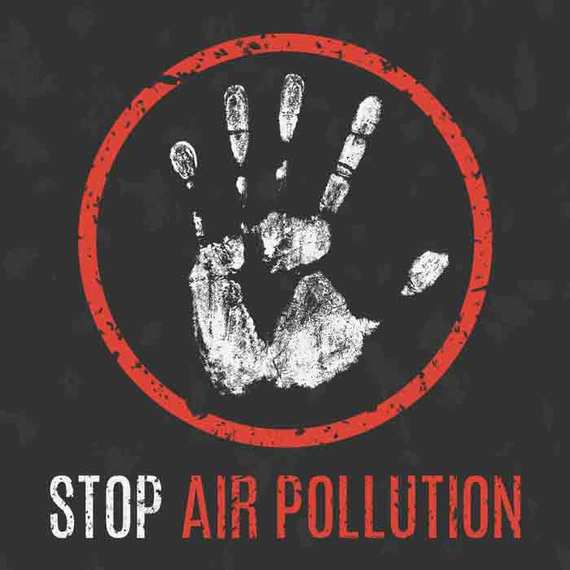 Tell Your Senators: Scott Pruitt is a Dangerous EPA Nominee