We Need To Talk About Suicide Prevention: Understanding Contributing Factors in Youth Depression and Suicide

My son Daniel was a kind, sensitive guy who lived with asthma and life-threatening food allergies. You would never have known as he adapted to whatever challenges he faced. Sometimes I think he learned to adapt too well.

He taught himself how to cook by watching The Food Network. Daniel was at home in the kitchen and enjoyed preparing elaborate meals for everyone.

He made us laugh. His humor often came in the form of dialects and expressions he picked up from watching Saturday Night Live. He was a fixer. Daniel was often the first person on the scene to figure out a solution to your problem.

He was a best friend to his sisters. In 2007, Daniel shot a hole in one playing golf with his dad. He despised injustices in the world. His friends have said, "Dan never did anything solely for himself. His intentions were for the common good. He lived this every minute of his life."

He loved literature and lyrics that evoked powerful emotions -- love and loss, suffering and hope. He listened to The Tragically Hip, Pearl Jam and Bob Marley, among others.

Daniel was the consummate boarder -- long board, snowboard and his favorite, wake boarding. He was also fearless on his board and fell hard, possibly suffering a head injury that went undiagnosed.

During his first year at university he began to experience severe headaches. Daniel once called me when he was away at school and said, "I think I have OCD, because I can't stop washing my hands." His anxiety was a product of years of being careful about everything he touched or put into his mouth.

He began feeling frustrated at university, most likely from a growing inability to concentrate and manage assignments. As a result relationships began to suffer. The emotional changes he experienced changed his outlook on life. He had difficulty sleeping through the night and he'd lost weight. Daniel's depression was emotionally and physically painful. He started drinking to deal with the overwhelming sadness. Daniel began to isolate himself -- bailing on friends or calling us last minute to say he had to work on a project. Our son felt that he had become a burden to the people who loved him most. His disease left him feeling like he was to blame for everything that was going wrong in his life. Daniel felt the sharp edge of stigma and was unable to share his pain or feel our love.

That is why we need to talk about suicide prevention.

In the spring of 2009, Daniel took his life. We had no understanding that our 23-year-old son was living with depression. His disease left him unable to concentrate and the self-loathing was crippling. Five years ago, we did not talk about depression and disorders of the brain, much less suicide. Today, we accept that mental illness is a disease and not a flaw in one's character. We are more aware of the multitude of factors in depression and acknowledge that there is never one reason in suicide.

That is why we need to talk about suicide prevention.

Talking about suicide prevention begins with understanding mental illness. The majority of people who take their lives have an unidentified mental health disorder. Many of those people were unable to share their emotional pain because of the stigma associated with the disease.

Through suicide prevention awareness we can identify and offer compassion to someone else or understand our own feelings of despair. We can become advocates by reaching out to politicians and mental health organizations and push for enhanced mental health supports and better access to care. Talking about suicide prevention often reduces the stigma associated with mood disorders. Understanding contributing factors in mental illness and suicide saves lives.

Call to Action:
Time and hindsight have allowed our family to understand our son's emotional and physical pain, and although we were unable to prevent his suicide, I know that Daniel's story has resonated with many and initiated life-saving dialogues. Let Daniel's story be a call to action for each of us. No one should ever have to suffer in silence.

Get IT:
Educate yourself about contributing factors in mental illness and suicide.
Manage IT:
Learn how to manage stress and changes in your life. Be aware of sadness that doesn't go away.
Share IT:
Remember that mental illness is a disease. Share your emotional pain with someone.

'A Letter To Daniel' illustrates the emotional pain of depression and the brutality of losing a loved one to suicide.

This text was presented by author and suicide prevention advocate Lynn Keane at TEDX YOUTH@Toronto November 15, 2014.
Watch a preview of "We Need To Talk About Suicide Prevention." 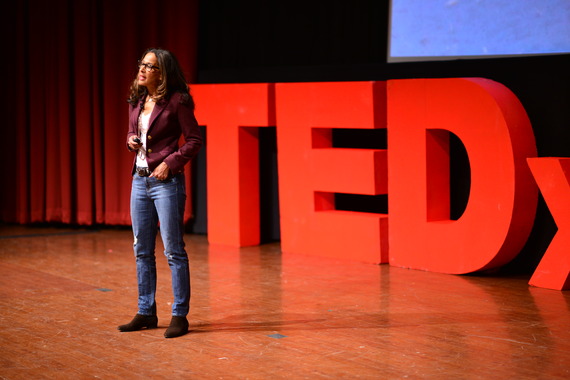