“Don’t let history repeat itself,” implores a widely-shared and well-received PSA released by Katy Perry last week. The film short, funded by Perry and directed by Aya Tanimura and Tim Nackashi to raise awareness about the dangers of Islamophobia, opens with 89 year old Haru Kuromiya and her memories of being herded into a concentration camp during WWII–except that it doesn’t. Haru, as we learn halfway through the video, is in fact Pakistani actress Hina Khan.

Confirming what everyone watching had mostly figured out for themselves (i.e. THAT IS NOT THIS WOMAN’S REAL FACE), Khan removes her old lady wig and peels off her pretend face to reveal her actual face, briefly turning the PSA into a straight-up horror film. The screen fades to black and gives way to a message: “A Muslim registry is the first step in repeating history. Don’t turn against each other out of fear.”

I have a lot of questions about this video, but let’s start with the most obvious one. How, in 2017 (I know we’re only two weeks in, but still), did “fake Asian face” win out as the best and most effective way to deliver this message? It’s distracting at the very least and—yes, I’ll say it—yellowface at its worst.

The “non-negotiable” commitment to casting a Muslim actress is commendable, but I fail to understand why it would have been so hard to show the real Haru Kuromiya, or an older Asian American actress (yes, they do exist), AND Hina Khan—especially in light of the very public debates around Asian American representation, or lack thereof, that cropped up throughout 2016. Am I expected to forget that Perry gained her current platform by trading in demeaning stereotypes about Asian women and Black folk? Are we supposed to accept our erasure because this time it’s for a good cause?

Now, don’t get me wrong. I appreciate Perry’s efforts here. The connection between the mass roundup of Japanese Americans in 1942 and the rampant Islamophobia we see today is very real and deserves every bit of public recognition it has received since our President-Elect brought it up in his campaign. How to prevent this awful history from repeating itself is a conversation we need to keep having. Every. Damn. Day.

But let’s be clear: Muslim Americans (and immigrants and brown folks mistaken for Muslims) are already under attack. A registry is not the first step towards repeating the history of Japanese American incarceration. We’ve been on that road since long before 9/11, and focusing on one potential injustice that hasn’t yet come to pass while failing to take action against current abuses is not enough to get this freedom train back on track.

America’s WWII concentration camps didn’t spring up overnight. Fifty years of dehumanizing, xenophobic rhetoric that cast Japanese immigrants and their American-born children as perpetual foreigners, cited their insufficient assimilation as proof of the danger they posed to “real” Americans, and lent credibility to nativist politicians seeking to wipe out the “yellow menace.” Decades of government surveillance that produced no evidence of a widespread threat but was nevertheless used to disrupt Nikkei communities in order to quell white fears of domestic terrorism. A surge in hate crimes targeting Japanese Americans (and Asian Americans in general, because really, who can tell the difference?) following a terror attack by people who shared an ethnic background but no actual ideology with the victims of said hate crimes. This is what the road to mass incarceration looks like, and it should sound very, very familiar.

While we’ve been busy posting feel good platitudes on our social media feeds and patting ourselves on the back for pledging to sign up in place of Muslims if and when the registry comes, far too little has been done to offer concrete support to our Muslim friends and neighbors.

Did you celebrate the end of NSEERS? Good. Now what are you doing to obstruct the appointment of an Attorney General who wants to revive that surveillance program and pass a modern version of the racially exclusive Immigration Act of 1924? You say Muslims have your full and unconditional support? Great. Now get out there and get behind Black activists’ efforts to reign in police brutality, which also affects the safety of Muslim and Arab Americans.

The message that we must remain vigilant in times of fear is important — and I hope Katy Perry continues to use her fame and fortune to speak out against this rising tide of hate. (Her public support for the Standing Rock Sioux Tribe last year is a good example of this.) But it’s even more important that we move beyond hashtags and promises of future allyship, and truly invest in the hard, dirty work of social justice.

This video is a good first step, but we need more action (and less yellowface) to get to the rainbow after the hurricane.

A version of this op-ed was originally published on the Densho Blog. 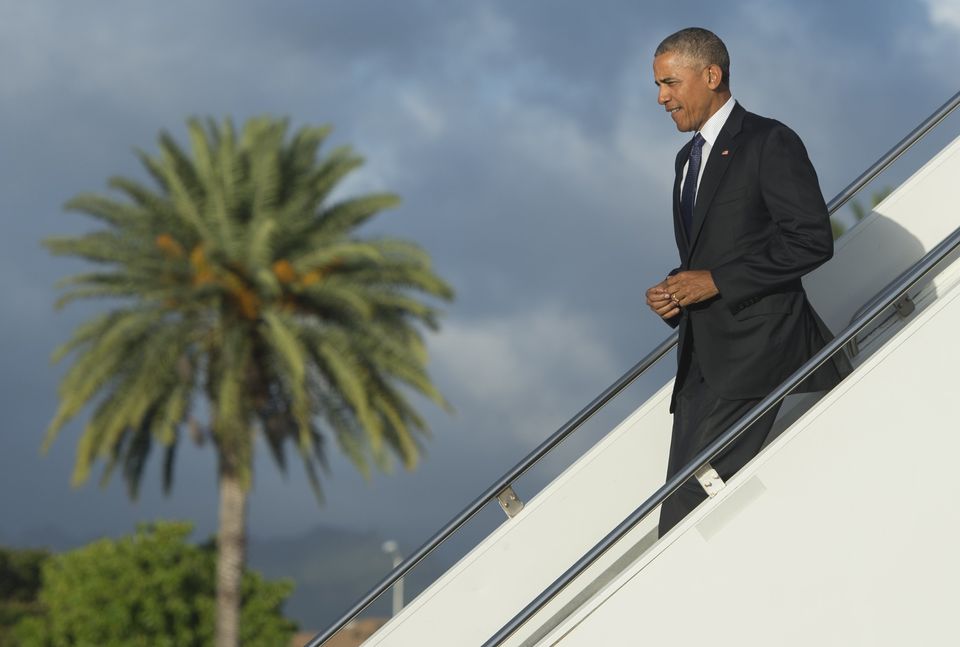 1 / 11
The President grew up in Indonesia and then lived in what's basically the Asia of the U.S. -- Hawaii.
SAUL LOEB via Getty Images