The small border traffic (a visa-free regime) between Russia's Kaliningrad region and several northern counties in Poland was hailed as a success of the former Polish government of Donald Tusk working jointly, among others, with the city of Gdansk for rapprochement between people of both nations. The success was achieved regardless of "big politics", but the visa-free regime has been currently suspended by Law and Justice government.

Since 2012 both sides have enjoyed increased success in their social, economic and cultural relations. Issuing easily accessible permits to local residents to cross the border has boosted mutual contacts, benefitted the tourism and retail sectors, and spurred scientific collaboration, youth exchanges, and cooperation among NGOs.

A weekend trip to Gdansk has become an important part of lifestyle for many Kaliningrad residents.

In connection with the NATO summit in Warsaw, the Polish government suspended since July 4 intergovernmental agreements on border traffic with Ukraine and Russia. It has since reinstated "visa-free small traffic" on the Polish-Ukrainian border, but the decision on Russia has not been taken. In his interview for Radio Gdansk, Minister of Internal Affairs and Administration Mariusz Błaszczak said that visa-free regime won't be reinstated soon. 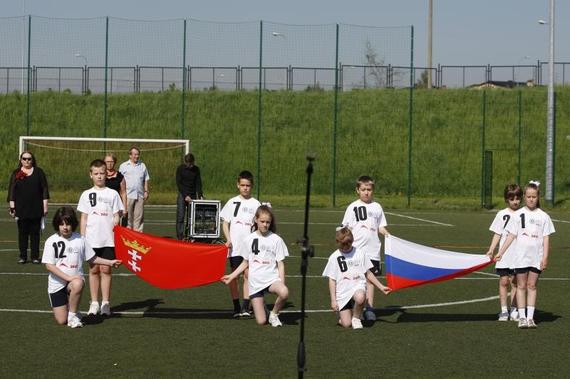 Undermined efforts Gdansk and Poland boast their tradition of peaceful transition from authoritarian power to democracy and membership in the European Union and other democratic institutions. It has been a long way and our friends from Western countries helped us to build and strengthen democracy and civic society. Now, when Poland is a mature member of the European community, we want to share the gift we received. This is why it is very important for us to host guests from Kaliningrad and Russia and to show them our country.

Quite often Poland's image in the state-run Russian media is far from true. Prejudice and misinformation about our country and its people are common. Therefore, personal contacts of Russians with Poles, resulting in overcoming mutual stereotypes is of such great importance. Coming here, they find out that Poland is a friendly, democratic country, where Russian guests are warmly welcomed. It is also an opportunity to find out that the European Union is not an evil-organization (as it is usually depicted in Russian media), but one supporting civic society, freedom and economic development.

Wounds to be healed On the Polish side there is much mistrust towards Russia, which has its roots in our difficult history. Partitions of Poland in 18th and 20th centuries, deportations of many Poles to Siberia, killing Polish officers in Katyn in 1940 - it takes much time to heal such wounds.

The visa-free movement was a great tool to overcome mistrust and prejudices on both sides. In Gdansk it is hard to understand the decision of the government. There is no benefit in such decision - only unnecessary divisions and accusations will follow. 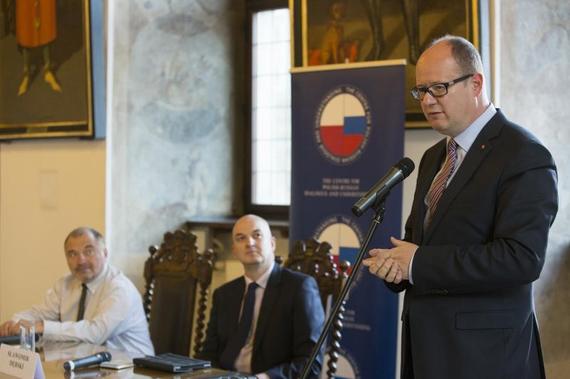 Gdansk is an important place for Polish-Russian dialogue. On the picture: I'm opening a discussion "Russia: Empire or a nation state?", with Nikolay Petrov (l.) and Slawomir Debski (r.) / 2014. Photo: J. Pinkas

For the Polish border regions, maintaining such restrictions can mean the loss of nearly 75 million EUR per year. And that would be the least of losses. With the lifting of local border traffic we all lose something very valuable - mutual contacts, still so fragile after years of alienation and difficult heritage of the post-Soviet block. The capital of mutual understanding and fledgling affinity will be squandered. Gdansk has always been Poland's gateway to Europe, proud of its open-door policy and its openness to guests. We have always known how much patience it takes to improve relations between nations. It has taken months of intricate, diplomatic negotiations of former government and border regions to build the bridge among Polish and Russian nations.

Therefore, I urge the government of Beata Szydlo to do what's possible to reinstate local border movement between our countries as soon as possible.