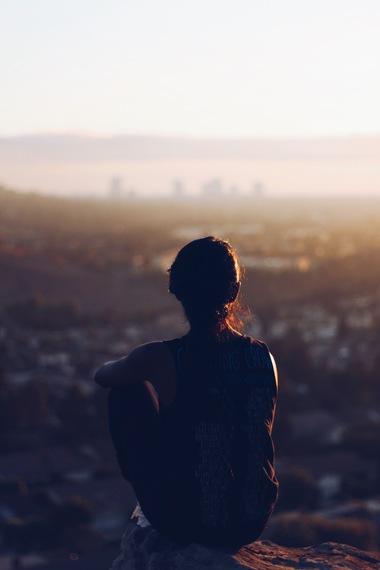 Guess what? When you don't play full out in your business, it isn't just limiting your bottom line. You're also missing an opportunity to inspire others to make their own business goals go from doubtful to inevitable. And that can have incredible power. I saw the magnitude of this kind of impact during an entrepreneurship conference in Washington, D.C. where I was a speaker. I discussed how to use your brand to get visibility.

After my talk, a woman approached me to thank me and I saw something amazing: She'd brought her daughter with her.

The young lady was probably in elementary school. She had a beautiful, confident smile when her mother introduced her and she was excited that her mother had brought her. She wasn't here just because her parents couldn't find a babysitter. This was a purposeful decision on her mother's part and hers.

She soaked up the atmosphere and saw her mom in action as an entrepreneur. There were over one hundred leaders there, many who were women.

Over one hundred role models were inspiring her and they probably didn't even know it.

This example demonstrates a powerful truth: Making your business visible and successful shapes the world around you through the people around you. But some women stumble or hesitate to go for it. They say "no" to themselves before they've given anyone a chance to say "yes" to them. They're afraid to put themselves out there and ask for the sale. They're shy about sharing their accomplishments.

But, if you choose mediocrity, you lessen your impact. Whether it's a young lady or a fellow woman entrepreneur, you might be unknowingly influencing them while you're just running your business each day. Sometimes, it won't be the person you know well but the one who might have met you in passing, or who saw your social media post, or randomly found your web site.

In my own journey, I've seen other women succeeding in big ways. I realized that if they can do it, I can, too. And that's a gift that lasts forever. Because once you get your message out to wider audiences, you're doing something powerful: you're giving hope to more entrepreneurs.

There's a spotlight reserved for each of us. But we must choose to step into it. Because it isn't just your success that'll happen, it's that of countless others who you may never even know, who are influenced by you. They will then do the same for others. This domino effect ultimately shapes our world. Hopefully, you'll answer that call.

That young lady probably asked how she could be a successful entrepreneur. This first glimmer of curiosity and drive will lead her to dream big... because she was surrounded by women that did just that.

It's your turn to influence so boldly step into your own spotlight. We need you to shine. Because when you shine, we all shine.