I voted for Hillary Clinton. For many of our readers, my having done so and admitting it is no big deal. However, for those of you reading this who instead voted for President-elect Donald Trump, I want you to know that how I voted does not interfere with my commitment to educate and empower all of our readers.

I do realize HIV/AIDS is a bipartisan issue. After all, it was George W. Bush who created the President's Emergency Plan for AIDS Relief (PEPFAR). Republicans and Democrats have supported HIV funding, not only for PEPFAR but also for The Global Fund to Fight AIDS, Tuberculosis and Malaria, as well as for the Ryan White CARE Act and for many other related programs and services nationwide. 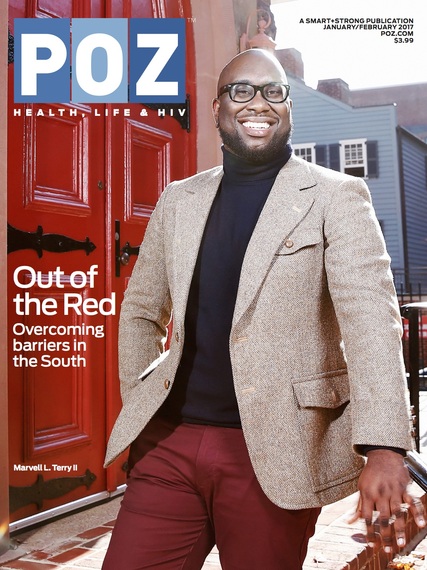 All that said, I am far from alone in being concerned for people living with HIV/AIDS in the United States under the soon-to-be Trump administration. Too much remains unknown about what will actually happen, but it's difficult to have any confidence that what does take place won't be detrimental to our lives as HIV-positive Americans.

What we at least think we know about the intentions of the Trump administration does not give us much comfort. Rolling back the Affordable Care Act alone will cause great suffering for too many people living with HIV/AIDS. Add the effects of proposed changes to Medicaid and Medicare, and stir in social justice and human rights concerns, and the outlook is none too pretty.

As a person living with HIV since 1992, I share these concerns not only professionally, as someone tasked with keeping our readers informed, but also personally. For some much needed perspective, I spoke with Cornelius Baker, the chief policy advisor at the U.S. Department of State, Office of the U.S. Global AIDS Coordinator and Health Diplomacy. Click here to read my Q&A with Cornelius.

Even if the outcome of the presidential election had been different, both Republican and Democratic advocates would still have to remain hard at work on behalf of people with HIV/AIDS. The fight against the virus has always been a struggle. This election did not change that fundamental truth. Much work remains to be done to achieve the end of the epidemic. We all need to keep advocating.

To that end, when it comes to any hope in ending the U.S. epidemic, all roads must lead to reversing the HIV/AIDS rates in the South, where nearly half of all Americans living with the virus reside. That is why we dedicated the 2016 POZ 100 list to spotlighting advocates in the South. However, getting to the heart of the matter will require facing the HIV/AIDS challenges for Black gay and bisexual men.

As 2017 unfolds, POZ encourages you to get involved in HIV/AIDS advocacy. Go to poz.com/advocacy for the latest related news.