Is the desire for security, prosperity, and freedom in the DNA of Europe-- or is it Europe's worst nightmare? Does a more crowded planet lead to more opportunities or more risks? After 100 years of human progress, are we at a peak or on the verge of a U-turn? Will the pendulum of human history lean towards tolerance or intolerance?

These are some of the questions that those of us who are concerned about the wellbeing of people who've lost their homes (for various reasons) are asking at the start of 2016. How will things go on after millions of people have migrated to Europe from Africa, Asia and the near East?

"The short answer is: We need to figure this out! And we shouldn't take as much time responding as we did last time."

In preparation for our meeting as the Transatlantic Council on Migration in Berlin at the Migration Policy Institute, we ask the following question: Are these numbers and associated challenges the new norm? And, if so, how can we deal with this situation responsibly? The short answer is: We need to figure this out! And we shouldn't take as much time responding as we did last time.

As we improve our indicators, the positive conclusion of this past year remains: 2015 showed the world how Europe was capable of receiving an unexpected influx of children, women, and men who decided to make it their new home. They allowed this part of the world to grow closer together in ways that no one could've foreseen only six months ago.

This was an outcome resulting from immense suffering. Nearly 4,000 people died crossing the Mediterranean. And among those who survived the risky boat ride, many died as their journeys unfolded. But overall, there were many positive outcomes: private individuals, charities, and governments outdid themselves in their commitment to overcome these enormous challenges.

Thousands opened their hearts and homes as they welcomed newcomers in the wake of their suffering. This has been a motivation and an inspiration to those who have worked alongside the misery of immigrants for decades, and continue to seek new solutions.

"I do not want to belittle the fears: fear over rising crime and instability is legitimate."

We have also encountered ugliness and brutality. Unsurprisingly, and to an increasing extent, criminals exploit the suffering of others. And many governments have struggled to see that investment and good management can help reduce such situations.

Now, 70 years after the end of World War II, and 25 years after the Berlin Wall came down, we must do better at handling migration. We need a robust approach. Migration must be safe, respectful of the statutory framework and work without chaos. These are the lessons we learned from 2015. I'm speaking to all of us, not only to migrants. 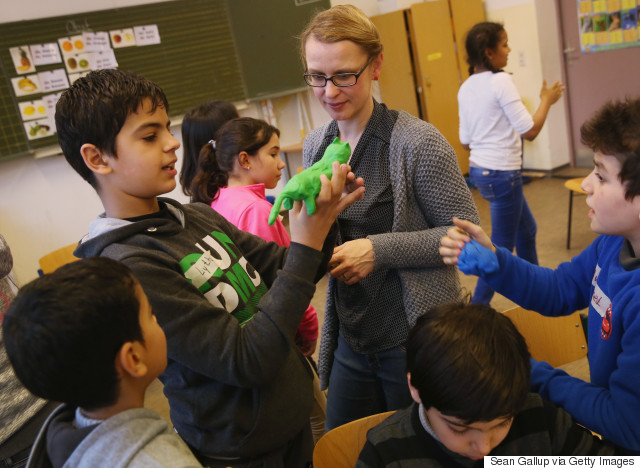 The xenophobic resentment, which we observed after the second terror attack in Paris, and after the events in Cologne and in other places, is terrifying. As I write this, I do not want to belittle the fears: fear over rising crime and instability is legitimate.

We must take seriously those who have concerns that are not born out of evil intentions to spread dated stereotypes about foreigners. Because, if we do not take them seriously and quickly implement comprehensive solutions, the climate will change in every country in Europe.

Institutions such as mine persistently raise conversations about events taking place in countries like Nigeria or Turkey, and actively seek to deal with them-- even if they seem, at first glance, to be far removed from the domestic policies of our own countries.

"Remittances plays a significant role in improving the situation in their countries of origin, and thus motivate the people there to seek a better future."

The screening procedures for asylum seekers can and must be conducted far from European borders. Refusals to grant access to refugees will keep countless migrants from making expensive and risky journeys.

Additionally, we must improve the travel arrangements for those who are granted visas. As a continent with extreme demographic challenges, Europe needs more sustainable programs to welcome young people and to educate and integrate them into society.

Since Europe has made positive progress to offset the crisis in elderly healthcare and childcare, through soliciting, at least partially, the help of foreigners (who are often not given official status), why don't we turn these obvious challenges in health and education into opportunities? In 2015, only 40 candidates filled nursing job vacancies, even though there were 100 openings.

With the termination of their informal status and granting them visas, two problems are solved at once. Seventy years of experience with refugees and migrants have revealed that they send significant portions of their earnings back to their families at home. Remittances plays a significant role in improving the situation in their countries of origin, and thus motivate the people there to seek a better future.

People are forced to spend more than $1000 for a dangerous boat ride across the Mediterranean. Then, they are required to pay a similar sum to finally make it to their destination. To see this money no longer in the hands of criminal traffickers, but invested in language and integration courses is what motivates my colleagues and I to search for better solutions than those we've seen in 2015. The collaborative spirit of all the involved participants will help us in 2016, as we seek to implement acceptable solutions for everyone.

This post was originally published on HuffPost Germany. It has been translated into English and edited for clarity.