I am on my homecoming from a dizzyingly inspiring journey where I learned how to deal with the media, stand on my own two feet, use a subway, conquer fears I've attached on my back like carry-on luggage for years and stand in awe of the beauty of the people who have been around all along. And, no, it wasn't a marathon listening session of Taylor Swift's 1989. This enthralling voyage was a school trip in Washington, D.C. 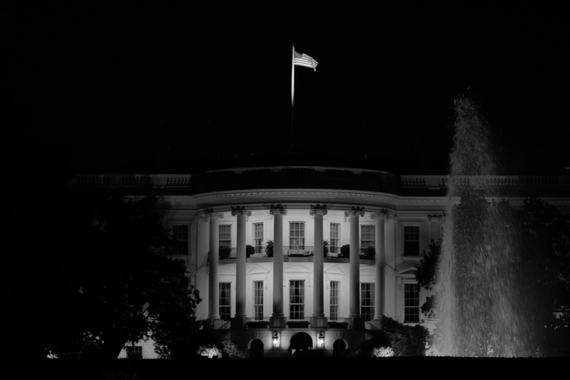 Myself, 14 other teenage masterminds, and two even more genius teachers ventured to D.C. for a journalism convention several weeks ago where I learned how to format yearbook copy and navigate my way through keynote speeches and exhibition halls. Thousands of high school journalists gathered for small talk about football teams and big talk about our beloved publications. I was awash in an array of T-shirts with font puns and lens covers as big as our wide, ambitious eyes. Parts of me were in a state of annoyance from early mornings, costly wifi and a lack of travel-sized Raisin Bran across the street at the local CVS, but those parts were easily awakened, liberated and fed. Hunger was fueled by astute conversation and modern media knowledge. We were drenched in communication, but there was no way I could drown.

The morals and boosted morale I encountered were not only unearthed by the convention aspects of the trip. National monuments and speckles of history coated my wind-whipped hair, and autumnally chapped lips as if I were a canvas for our nation's capital to take advantage of. Simultaneously, D.C. was my own oyster; my feet dominating the leaf-lined concrete as I strode from museum to landmark, writing my own history book with footprints only the city could translate into art. Days were just as beautiful as nights since the sunlight was just as abundant and warm as evening street lamps. Throughout the daytime hours, the environment was more like a smooth coating of butter on a bagel (probably from a Kosher food truck), as compared to the nightly spritz of glowing ambiance that could have come out of an "I Can't Believe It's Not Butter" spray container. Maybe not the best metaphor, but I was privileged enough to be filled to the brim with a sense of nourishment and light-heartedness throughout my entire stay. Whether I was smiling to the crowds of tourists on the metro station escalators or getting extremely close to creating a petition for the Smithsonian to develop a women's history museum on my merry way to the next convention seminar, I was completely present.

It was those commutes by foot and subway train where my friends became my best friends, and my best friends family: the kind of people who don't question the dramatic pictures you want to take at the Washington Monument or sit down to talk about real life issues because they feel comfortable enough to convert their thoughts into actions. I noticed street lights turn into individual bursts of clarity, each containing the possibility to become a story, a memory, a sensation, a return to earth for anyone who stood under them. The city did its own thing and we did ours. Statues stood still but moved us, leaves fell while we slept still, street musicians performed on in our silence and our hearts ran while buildings jogged our memories in place. 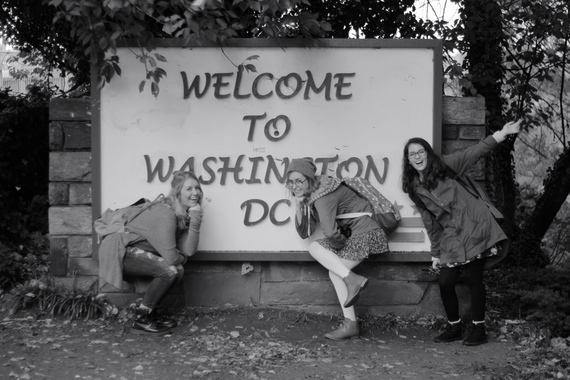 The nation's capital is a place where you learn to ask the right questions; journalistic interview or otherwise. It's a place where you wonder why you haven't done better while noticing that this is the best you've seen the world accomplish. The pictures on the museum walls and the rotundas running circles around Founding Fathers teach guidance and possibility, but not perfection and order. They depict optimism, but not flawlessness. They aren't fictional shrines filled with pompous ideas and unbelievable adventure. They are the personification of our yearbooks. Getting the monument sideburns correct to ancient sketches or fact-checking protest posters is what we live to do. We edit our country into clean streets to run into it with Photoshop color swatches; not to disguise the truth, but to make it more admirable. And you know what? I'm convinced we rule the world. 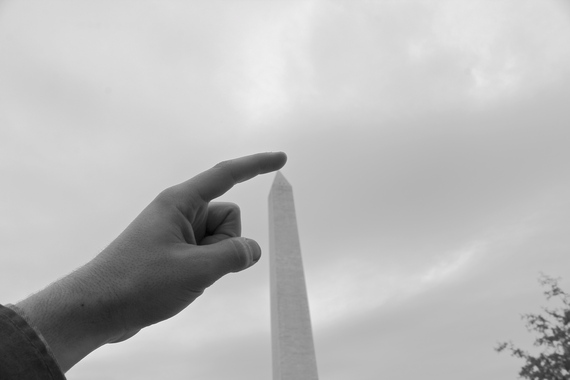