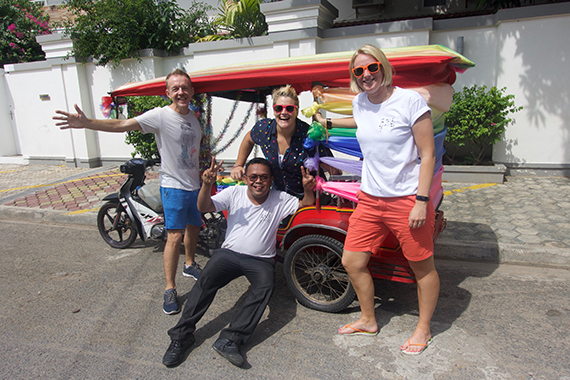 On Saturday afternoon, more rainbow flags and glittery fabulousness than ever before "Tuk Tuk" to the streets of Phnom Penh in the most visible display of queerness during the week-long Pride celebrations in Cambodia.

Sixteen teams with names including "The Pride Pirates," "Sisters and Brothers in Pride" and "The Presidential Pricks" (the latter composed of three divine women in "Donald Trump Drag") decorated their Tuk Tuks to take part in a puzzle-solving race around town. 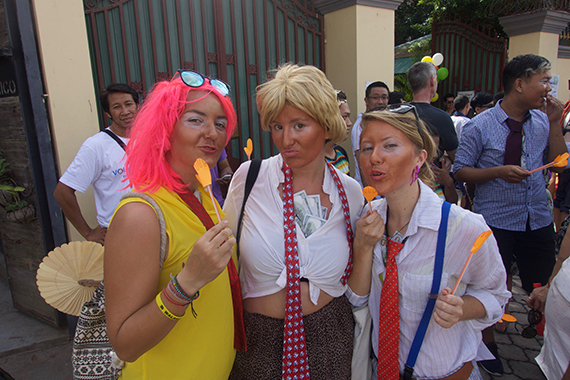 The route visited LGBT hotspots and sightseeing places of interest, including the majestic Royal Palace (whether King Norodom Sihamoni, who last week celebrated his 63rd birthday, witnessed the spectacle is anyone's guess).

The event came a week after LGBT activists called on the government to provide better protections for gay and trans people and to legalize gay marriage, and urged society to 'pay attention to their [gay people's] well-being and comfort', as part of the International Day against Homophobia and Transphobia.

Organised by David Hunt and Fee and Ali Shankonie, the "Amazingly Fabulous Pride Tuk Tuk Race" takes messages of diversity and equality out of the gay bars and businesses and into the public consciousness. 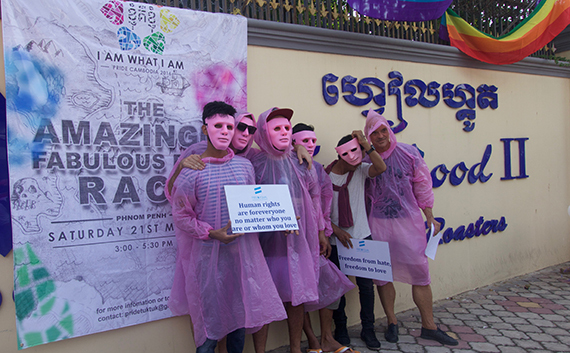 "I'm so proud to be a part of this event," says Hunt, a British expat who has worked as a teacher in Phnom Penh for a decade. "Visibility of our community is key -- it leads to familiarity, understanding, and then increased acceptance."

Being "out and proud" is a struggle for many LGBT Cambodians. The culture still expects men to marry and have children, and gay and trans people face discrimination from their families, friends and in the workplace. 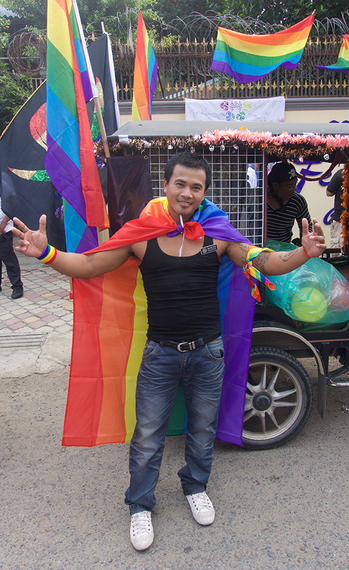 "We intentionally wrote the route clues in both English and Khmer to ensure it was as inclusive as possible, inviting both expats and locals to participate," Hunt continues. "As the event grows, more and more Cambodians are taking part and feeling more comfortable being seen in public at a Pride event." 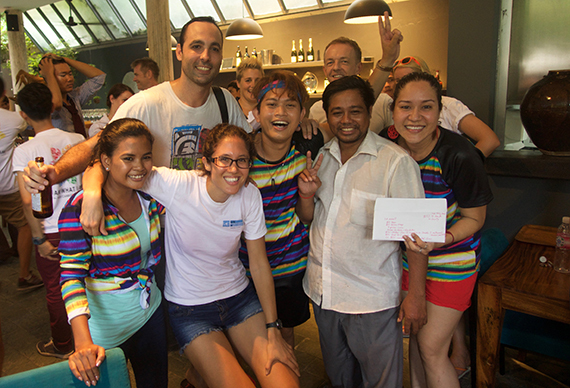 Indeed, the winning team, "Hak-Jerng-Daek," was comprised of Narath Soum, Sophy "Buffy" Heyduck and Lili Suon, all three of whom are Khmer.

"We also wanted to use Tuk Tuks for the race as they are such a recognizable symbol of Cambodia - the sight of bright, rainbow flags flying from the back of them hits home that this is a gay event in and for the country, celebrating the LGBT community right here in the city," adds Hunt. "Phnom Penh Pride Week is a long way from organizing a march, or parade. Recent protests against the government make public gatherings rather challenging and runs the risk of them being stopped by the authorities, so using individual Tuk Tuks, which take different routes around the city, sidesteps this issue but still gets the message out there.

"As the race takes participants to almost all LGBT-friendly venues in the city, it also serves as a great way for people who don't usually go out to learn what is available for them." 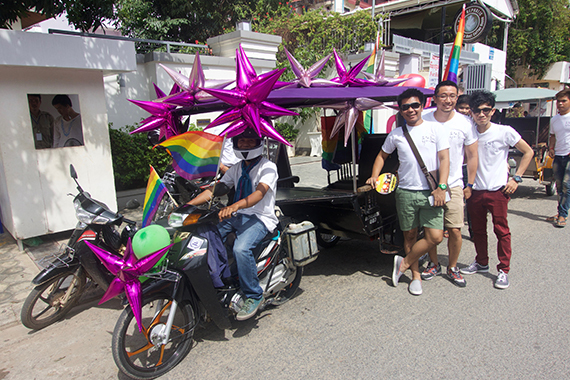 Other events during Pride included movie nights, bar and club shows, and pool parties at the Rambutan and Arthur and Paul hotels.

The winning team's prize money is being donated to the Cambodian Children's Trust's HIV outreach, based in the north western town of Battambang. 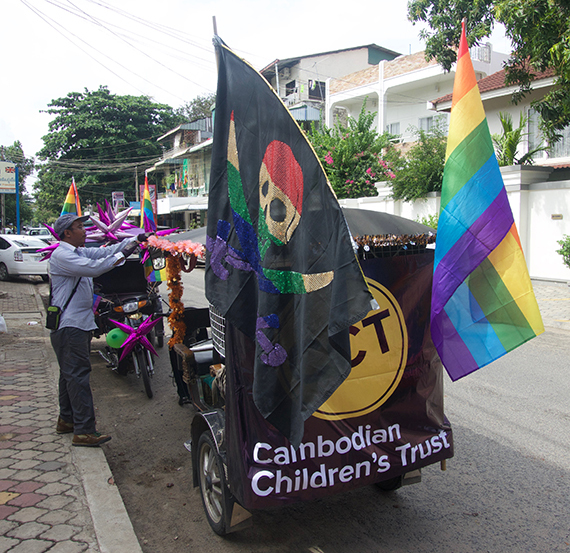 David Hunt is also running his 1st half marathon on Sunday 12th June 2016 to raise funds for the HIV outreach program. You can sponsor him by clicking here.