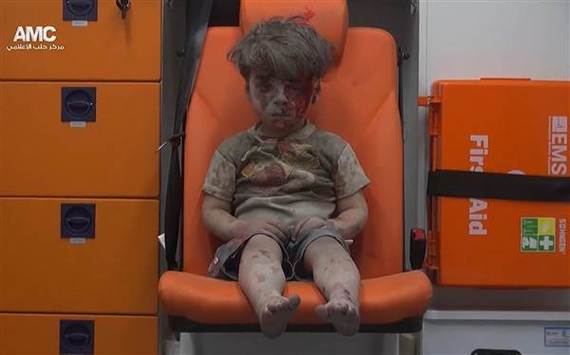 My article is not intended to teach anything you already know but to motivate you to take actions. Syria is living under the horrors of war for 4 years and civilians are the main casualties especially children.

After the pictures of little Alan Kurdi's washed up body, the recent video of 5 year old Syrian boy Omran Daqneesh continues to humanize this war. Lifted from rubble of a building in Allepo, Omran remained abnormally silent and static in the ambulance, despite the stress this dramatic context generate. Most probably in a state of shock, he put his hand on his head, realized blood on it and tried to dry it then came back to his quiet & static position, like a young boy would react when asked to be disciplined. These images have generated a deep feeling of sadness, empathy & the desire to hug him as if I wanted to tell him that now he survived, we will take care of him. I wanted to move from emotion to actions.

You can watch the scene play out in the video here, but be warned, it's graphic.

Canada has stood out as leader in the refugee issue with determination and empathy. Omran should benefit from this program as fast as possible to be able to rebuild himself/find a safe place for a 5 year old boy to grow. That's why I invite you to sign the petition bellow to call Prime Minister Trudeau and the Minister of Minister of Immigration, Refugees and Citizenship, M. MacCullum on this case and help Omran & his family to be welcomed in Canada as soon as possible.

Omran should not remain a symbol of war but become a symbol of resilience for all the children affected in war.

Critics will say : 'why this child rather than another one injured in this conflict' I would answer this conflict has humanized child victims, you now know his face, his name, his situation. We can't pretend we are not aware of his existence so we can help him specifically. Some will say : 'how can I make a real difference ?'. There are many ways and some of them are to speak up, invest a part of your free time in NGO helping refugees, take part of debat within your community to help change the negative view some may have on refugees or simply to incitate to take actions. The United Nations High Commissioner for refugees (UNHCR) has worked with the Canadian government for the welcoming of more than 25 000 refugees. UNHCR is also working to provide 'critical emergency assistance in the form of clean water, sanitation and healthcare, as well as shelter, blankets, household goods and sometimes food in refugee camp. They also work to create income-generating projects for those who resettle. Donations are possible here. To understand the reality of a refugee camp like Zaatari in Jordan, I invite you to visit the websites Zaatari360 and the story of Sidra in this virtual reality documentary 'Clouds over Sidra' 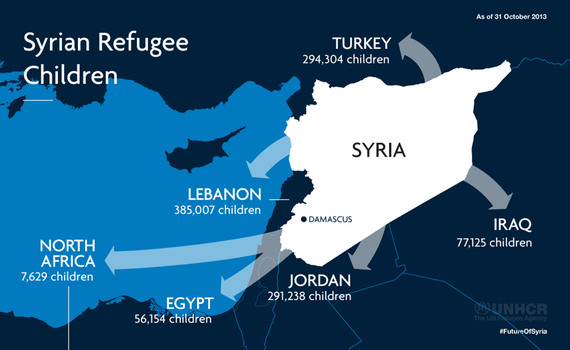 We should be able to get out of our daily routines and do our part as global citizens. This is what we we must strive to keep our human consciousness.