Mahatma Gandhi once said, "You can chain me, you can torture me, you can even destroy this body, but you will never imprison my mind."

Our organization, Justice Zone, arrived today in Nizhny Novgorod to visit the women's prison IK-2. Early in the morning, we were attacked by unknown people. These people displayed St. George ribbons on their clothes that apparently identified them, in their own eyes, that is, as patriots of Russia. [Editor's note: St. George ribbons are symbols of WWI and WWII remembrance.] 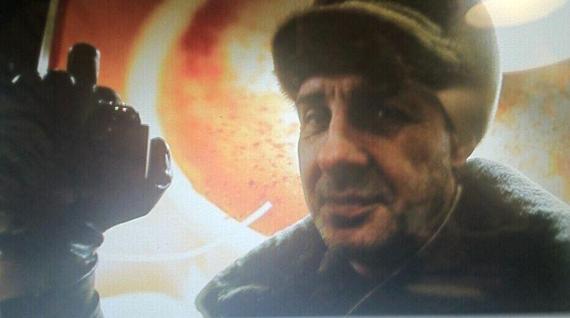 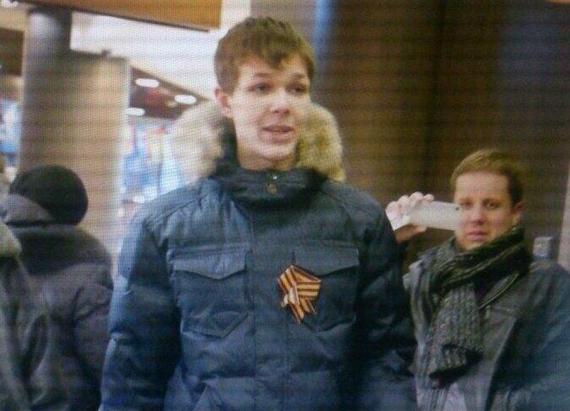 These are the men who attacked us.

We could not understand what they were screaming because it mostly consisted of curse words. Even further, they deliberately squirted syringes of alcohol and green dye in our eyes and threw iron cans. Tasia Krougovykh and Nadia received burns to our eyes, and I have two stitches on the head and a concussion. 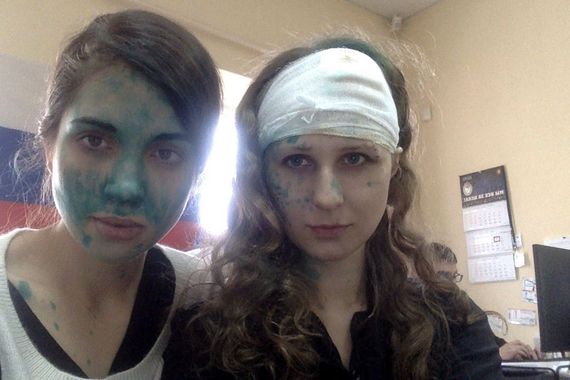 It is clear that the attackers acted with the approval of the Nizhny Novgorod FSB, located nearby. However, we will still go to the prison today, so they have beaten us in vain, absolutely in vain. 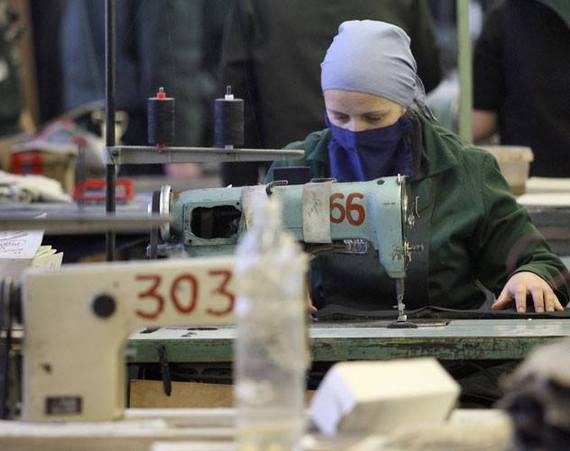 A prisoner in Mordovia, slaving away in the shop, where she will be forced to work without rest for days on end

Masha Alyokhina has a head concussion. Iron paint cans were launched right onto her head -- her head incision wounds are bleeding. Masha is getting stitches in Nizhny Novgorod Hospital Number 39. 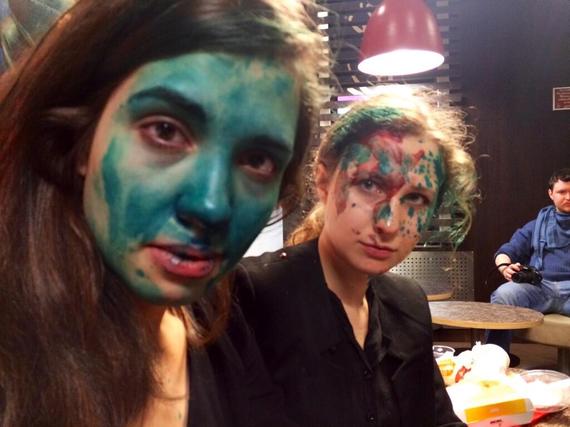 I have burns in my eyes. The attackers sprayed some toxic, transparent liquid directly into my eyes. They sprayed it out of the syringe, directly into the eyes. The first ten minutes, one does not see anything, then sight returns. Tears are shedding, my eyes turn red; it is painful to see.

I do not care about the green dye in my eyes. They can hose it down into my eyes every day. I can go to the prison to do my work with a green face. The main thing for me today is to help those prisoners that the administration punishes for speaking the truth about prison conditions.

But why cause concussions? Why burn our eyes? Why deliberately -- cynically -- inflict pain? 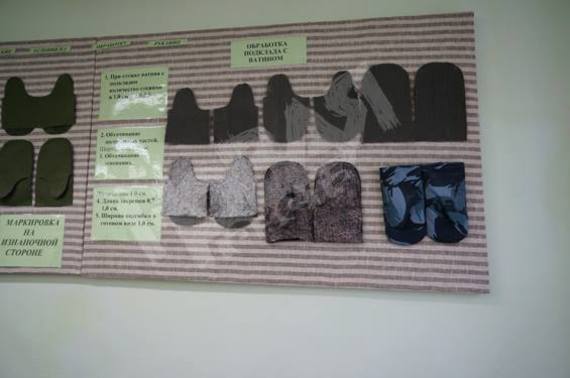 Products -- that will be sold for profit -- made by Mordovian prisoners

The IK-2 prison in Nizhny Novgorod where we're going today is rife with corruption and violations of convicts' labor rights. The convicted are asking us to help them, and we cannot deny them.

We will go to the prison, despite the fact that the local police, "titushki" -- the hooligans -- and their bosses do not like it. 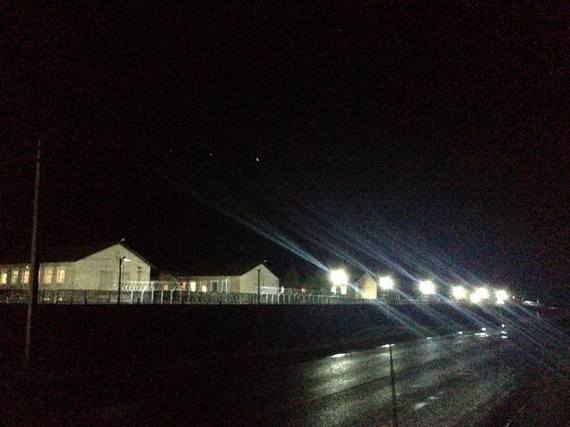 On March 6, 2014, Masha Alyokhina and Nadia Tolokonnikova and their colleagues from the nonprofit human rights organization Justice Zone were brutally beaten and nearly blinded when attackers sprayed dye in their face and eyes. Nadia and another member, Tasya Krougovykh, may become blind from dye burns in their eyes, and Masha has a bloody head concussion with two stitches. This post was translated from Russian by Natasha Fissiak, a producer of Pussy Riot - The Movie.

Visit here to read Nadia's father's reaction to the recent attack made on his daughter. To read more about the case, please visit Amnesty International's website here.