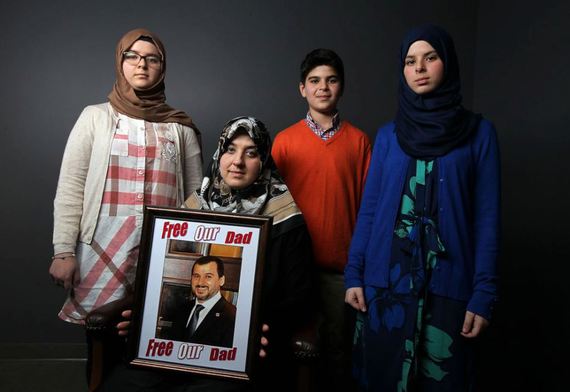 What was supposed to be a family vacation turned into the nightmare of our lives when my father, Salim Alaradi, was kidnapped into a mysterious black car on the streets of Dubai.

His captors were the United Arab Emirates' (UAE) State Security agents who have kept him locked up since August 2014. Silence and fear were the only possible reactions as we prayed that the Emirati government would step in to order his release. But month after month of delay and silence had shown my family that the UAE State Security has no intention of offering us any justice.

Our family has spent a great deal of time in the Emirates. My father, a Canadian businessman, was very successful, happy and content with his life in the UAE. I have the fondest memories of the country and my father was a believer in the promise of prosperity that the Emirates exuded. He was not a politician, nor an activist. His life revolved around his family.

Yet, as we waited for the UAE government to sort out my father's unjust detainment and mistreatment, we realized that dead silence is not the answer. We came to understand that our case was no different than the many cases in which the UAE's State Security disregards the rule of law by using an illegal and systematic approach to arresting people, then torturing them and keeping them in jail for years while the world forgets about them, which is when they eventually throw these people out of the country.

"As we waited for the UAE government to sort out my father's unjust detainment and mistreatment, we realized that dead silence is not the answer."

We could not leave my father's fate in the UAE State Security's hands -- that was not an option for my family. So we started a campaign in Canada to raise awareness of his plight which today has become a global call for his freedom.

After many months and several trips by my family to Geneva, the United Nations investigated my father's case and recently condemned the UAE State Security's behavior. Our campaign has accomplished a lot and I have met many extraordinary people along the way. They've taught me that this work has less to do with empty rhetoric and noise. Rather, it requires a strategic approach to solving sensitive problems where many parties are invested differently in the situation.

Our family has never been enemies or critics of the UAE, a country we've come to love and respect. Our contention is with the State Security establishment, which has been allowed to grow both in size and in unaccountability for many years and to function with impunity.

Amnesty International is among several global human rights organizations that have condemned the treatment of my father. Amnesty's Gulf researcher, Drewery Dyke, recently said that, "Marwa and her family's campaign for justice on behalf of Salim al-Aradi is inspirational. The unexplained and shocking removal of one's dad -- or husband or brother -- by UAE State Security is extraordinary challenge for anyone." 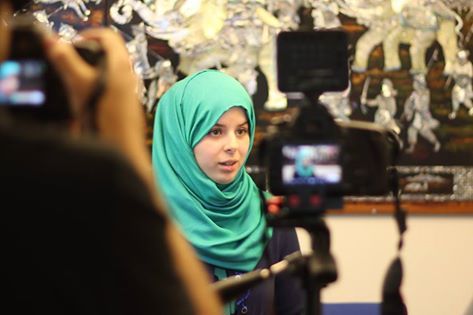 He also went on to say that, "I know it has been terribly difficult for her and her siblings, but she has carried herself with dignity. In contrast, the handling of his and others' cases before the State Security Chamber of the Federal Supreme Court, which does not provide for a right to appeal, has distinctly -- and sadly -- lacked respect for human dignity."

The UN Special Rapporteur on the Independence of Judges and Lawyers' report on the UAE clearly shows that the State Security violate Emirati law in a way that undermines human rights. The Special Rapporteur, Gabriela Knaul, reports that these violations and systemic corruptions of justice by the State Security establishment leads to miscarriages of justice that simply do not match the country's actual legal system.

Our campaign's objective has always been to raise global awareness in hopes that the UAE's just rulers will recognize that something unjust and illegal is being carried out in their country. The Emirates' State Security is using the threat of terrorism to misrepresent and distort the situation and to distract not only the international community, but its very own government, from its illegal methods, all in order to cover up the gross human rights violations it is guilty of.

"As long as my father is not safe at home with us, we will keep on fighting."

Human rights groups have now said that it is typical for such intelligence and security agencies to become so powerful that they mislead their governments in order to protect its own position and status. The UAE's State Security is no different.

Quite frankly, it's the State Security that's systematically ruining the reputation of the UAE, primarily through its crude and imprecise methods of collecting intelligence, which often land them outside of what the law permits. Instead of upholding the UAE's legal standards while keeping the country safe, the State Security believes that they're above the law. They demonstrate this through the violation of my father's human rights and through the illegal procedures of collecting false and fabricated information.

We have no interest in leveling unfounded accusations. The fact is that UN, US State Department, and several mainstream human rights organizations have documented the UAE State Security's human rights violations. This tarnishes the reputation of the UAE and encroaches upon the life and dignity of thousands of foreigners residing in the country.

As long as my father is not safe at home with us, we will keep on fighting.