Women activists who defend rights are beautiful. Our beauty lies in our resistance.

In November 2013, the United Nations General Assembly's Third Committee adopted a historic resolution on women human rights defenders (WHRDs). The historic text was a welcome step in realizing the need to protect defenders who face risks and attacks as a direct consequence of their identities and struggles. This WHRD resolution stands as a reference point for all defenders who want to ensure their safety when confronted with risk and danger. This is in spite of limitations that occurred during negotiations pertaining to the resolution, when states failed to include a crucial paragraph on the need to refrain from invoking any customs, tradition or religious consideration in responses to violence women face during the defense of rights.

So it is imperative to discuss, what happens to women who defend rights and why we need internationally recognized mechanisms and platforms to provide them with safety. From the United States to Philippines, Bahrain to Honduras, women human rights defenders are subject to threats, risk, and violations because of who they are and what they do - their human rights advocacy. This is simply because being a defender when you are a woman is perceived to be a violation with stereotypical gender roles.

During the 13 AWID International Forum, Egyptian activist Yara Sallam, who spent 15 months in prison for participating in a peaceful protest, referenced former political prisoner Mahienour Al-Masry,when she said "We should stop glorifying prison". A sentiment repeated by a WHRD in Lebanon who chooses to remain anonymous and said "I am strong in my resistance, but I am not fearless. Our political system should be ashamed for making me live under constant threat and fear". Through deconstructing the myth of the fearless activist, whose legitimacy lies in the extent of their suffering, states and policy makers, as well as intergovernmental bodies, should recognize that "fear" is a deliberate tactic in the hands of governments in their attempt to destabilize WHRDs. It is important therefore to acknowledge that in addition to measures to safeguard physical safety and security, there is a need for the well being of activists to be actively considered and promoted. 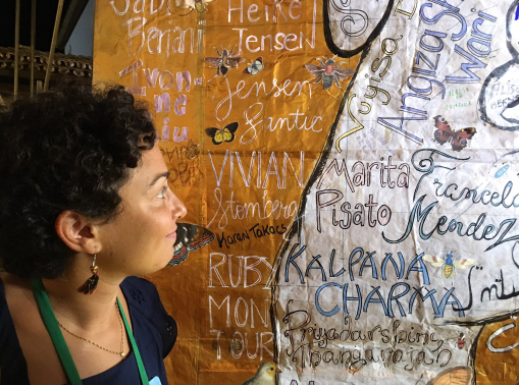 Deliberate state strategies to demoralise and destabilise WHRDs are widespread globally. I have previously written about the travel ban imposed on five women human rights defenders in Bahrain. Similarly, in Egypt on 19 November 2016 Azza Soliman was put under a travel ban at the Cairo International Airport while attempting to board a plane to Amman, Jordan. Azza's personal assets along with her firm's were frozen. Azza is an internationally renowned WHRD, and founder of the Center for Egyptian Women's Legal Assistance. She was previously prosecuted and accused of being a protestor when she witnessed the murder of activist Shaimaa El-Sabbagh, killed whilst participating in a peaceful protest on 24 January 2015. Mozn Hassan, co-founder and Executive Director of Nazra for Feminist Studies is also under a travel ban and has not been allowed to make the journey to pick up the Right Livelihood Award, known as the alternative Nobel, which recognizes her contribution to advancing the gender justice agenda in Egypt.

WHRDs face violence offline and online including threats, defamation, blackmail and stalking. Over the five years I had been working with WHRDs from all around the world, I witnessed my partners having their faces photo shopped to pornographic images, stalked, threatened, blackmailed by states, non state actors and even members of their own communities. During each case it was evident how demoralised my colleagues felt, and the detrimental effects of online oppression on their wellbeing and safety. Jennifer Radloff from Association for Progressive Communications explains how as activists, we inhabit both physical and digital bodies and these bodies are open to attacks, tracking and multiple violations. She says "Just as we should secure the physical spaces we inhabit and be nurturing and gentle to our bodies, we should also ensure the safety of and nurture our digital bodies and spaces".

The multitude of threats and attacks WHRDs face as a direct consequence of their identities and struggles bring us to the most severe form of reprisal: death. Trans* and intersex defenders are also subject to lethal forms of violence. The Trans Murder Monitoring Project stated 295 trans* and gender variant individuals were murdered between 1 October 2015 and 30 September 2016.

In 2016, the AWID WHRD Tribute is commemorating 60 defenders from 30 countries who have passed away. Some of these defenders pass due to natural causes, yet what the tribute clearly shows is that a significant proportion of defenders are murdered, or disappear in circumstances with entrenched impunity. This year alone some of the WHRDs who have been murdered include Berta Cáceres in Honduras, Gloria Capitan in the Philippines, Jo Cox in the UK , Estefania "Nia" Zuniga in Honduras, Brenda Marleni Estrada Tambito in Guatemala. The AWID WHRD Tribute is an important archive for the global feminist movement, as it provides a platform for the memory of our movements and gives us space to commemorate our losses, and honor those who are no longer with us. In the words of Mother Jones, "We honour the dead, and fight like hell for the living".

Following the US elections I was asked by a friend "How do you cope?" What she was really asking was, how do you cope with the multitude of information from all around the world on the systematic violence and discrimination women, trans* and intersex individuals and defenders face? My answer lies in our collective memory and the strength of the movements I feel a part of: "We resist". Building memories for our movements such as the WHRD Tribute in online and offline spaces, is a part of the movement building exercise that is necessary for my resistance, sustainability of our movements and generations of feminist activists to come. Personally, I feel thankful to all who have contributed generously to feminist movement building and helped me shape my own politics. We are beautiful in our resistance, and we will surely win. 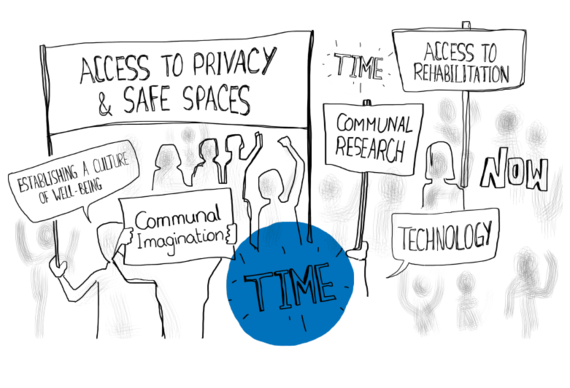 Report by Gulf Center for Human Rights on tangible preventative measures for WHRDs, accessible at http://www.gc4hr.org/report/view/55