The recovery isn't exactly booming, but there may be one plus side to a weak economy: Less time sitting in traffic.

Traffic congestion has decreased in 70 of the 100 biggest metro areas according to the study, after increasing overall in 2009 and 2010, according to INRIX. And cities with the highest average gas prices like Honolulu and Los Angeles often saw the greatest declines in traffic. Meanwhile, cities that experienced strong job growth like Tampa and Austin saw their roads become more congested.

It's not only traffic that dropped last year, accidents fell as well. Traffic accidents plunged to a record low last year, according to the National Highway Traffic Safety Administration.

Traffic isn't the only unusual indicator of an unhealthy economy, though. Others include a decrease in divorce rates and a drop in men's underwear sales. Likewise, a boom in skyscraper construction may foretell an economic collapse, according to a study by Barclays Capital Research, cited by Bloomberg.

Check out the cities with the most traffic congestion below:

PHOTO GALLERY
Cities With The Worst Traffic Congestion
Download
Calling all HuffPost superfans!
Sign up for membership to become a founding member and help shape HuffPost's next chapter
Join HuffPost 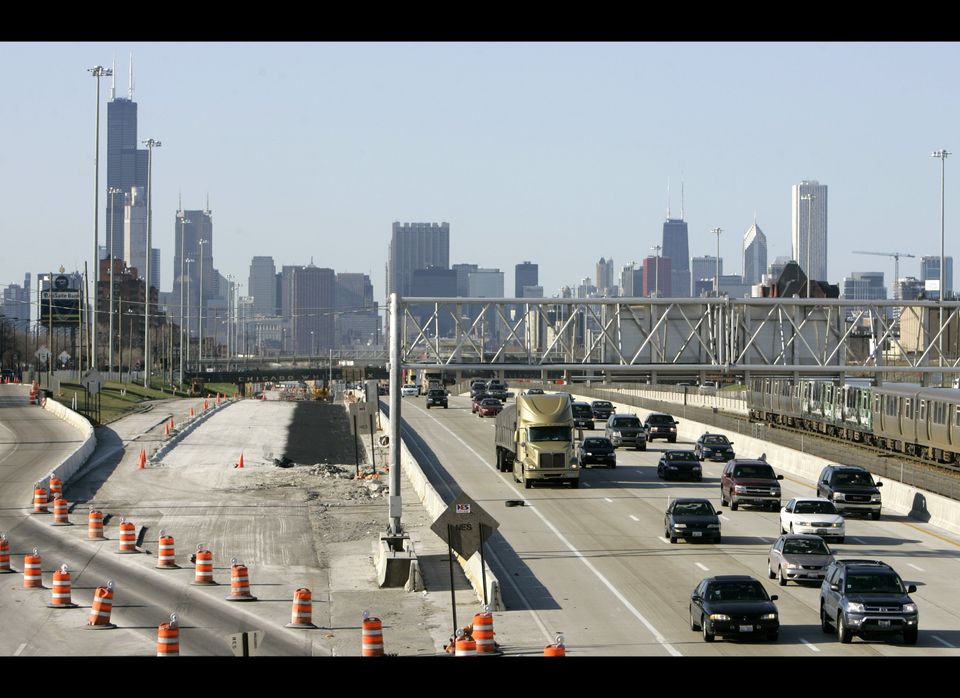