When you're pregnant, everyone from your OB-GYN to your Great Aunt Pearl wants to talk breastfeeding -- whether you're doing it, how you're doing it, how she did it -- until you can no longer recall a time when you couldn't instantly prattle off your preferred pump and nipple cream.

Far less attention, however, is paid to weaning, both in casual conversation and the research world. "It really hasn't been explored very well," said Dr. Samantha Meltzer-Brody, director of the perinatal psychiatry program at the UNC Center for Women's Mood Disorders in Chapel Hill. Meltzer-Brody's research has explored the emotional fallout of undesired weaning. "Like many issues that fall under women's health, there has been inadequate research," she said.

But anyone who has gone through it can tell you weaning is not just a bookend to breastfeeding, but often its own experience, fraught with physical and emotional complications that can catch moms off guard. Here are just a few of the (totally normal) things that happen around weaning.

1. Your feelings might be much more complicated than you expected. 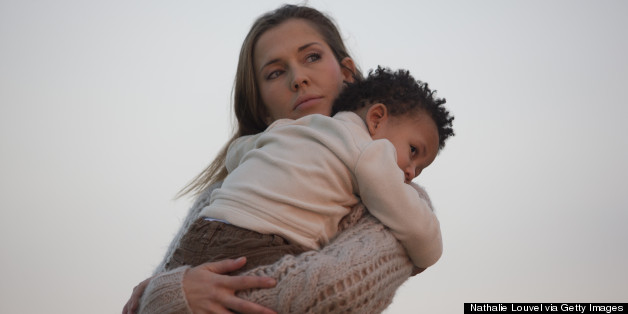 "A lot of moms are ambivalent about weaning," said Kathleen Huggins, RN, an international board-certified lactation consultant and author of The Nursing Mother's Guide to Weaning. Huggins said she regularly sees women who say they're ready to wean, then immediately change their minds for fear of losing that connection. Maybe your desire to stop weaning is wrapped up in wanting to try for another baby, which comes with its own emotions, or maybe you drift through a pattern of relief, then guilt, then relief. Don't be surprised if your feelings change day to day or even hour to hour, but be aware that you can end up sending "mixed messages" to your baby, Huggins warned. So try and be as clear as you can with yourself about what you really want.

When it comes to weaning, women generally fall into two groups: Those who stop when they're ready, and those who experience what Meltzer-Brody called "undesired weaning," and stop before they'd planned for any number of reasons. Women in that latter group can feel enormous sadness and guilt when breastfeeding ends, she said, and beat themselves up unnecessarily. "We think now that a lot of women experience a degree of distress that is consistent with a postpartum mood episode." (Meltzer-Brody's research has also shown that women who are more depressed or anxious have less successful breastfeeding experiences overall. They may have biologic and neuroendocrine differences that make it difficult for them to produce enough milk, for example -- making it difficult to determine what came first.)

But even women who wean when they want often experience bittersweet feelings, and many grapple with more serious sadness. "Some women will absolutely notice a change in mood or anxiety, because you've had these really nice high levels of oxytocin surging, and oxytocin has profound effects on your brain," Meltzer-Brody said. No matter why you stopped, if you are experiencing feelings of depression and anxiety, talk to a healthcare provider. You may benefit from therapy or medication, she said. 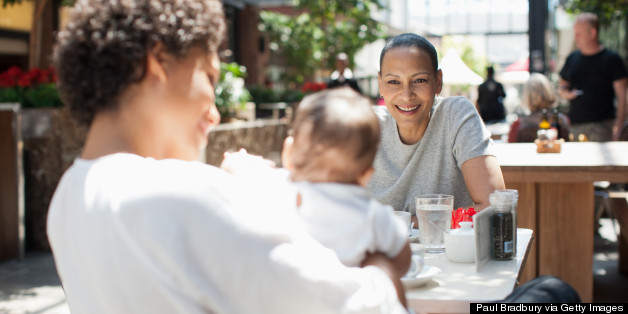 Huggins admitted that one of her great regrets in her own life is that she weaned her toddler-age daughter at the urging of a counselor who thought it might help her marriage. "I hear it all the time, that the grandparents are saying things, or the grandmother refuses to babysit until the baby weans," she said. "Around six months in, moms start getting pressure about weaning from outside sources." On the flip side, you may hear from friends, family or nosy strangers who push you to keep breastfeeding beyond when you've decided to stop (even if you're conferring with a trusted healthcare provider). Huggins urged parents to learn from her mistake and ignore the noise.

Sometimes a baby or toddler will initiate weaning when he or she feels ready -- not a nursing strike, but a loss of interest in breastfeeding and more interest in other foods, and that's just kind of ... that. More often, however, weaning is a process, not an event, Huggins said. "Sometimes, mothers really need to work at it ... and it may take some time," she added.

Huggins said that strategies like postponing nursing sessions by telling babies or toddlers you're going to wait until a certain time that the child understands (think, "after we read this book," or, "at nighty night time") is one possible way to jumpstart the process. Parents should also find activities to replace nursing. "Instead of just saying no, quickly get the baby in the high chair with a meal in front of them," Huggins suggested.

5. Your breasts will be on their own roller coaster. 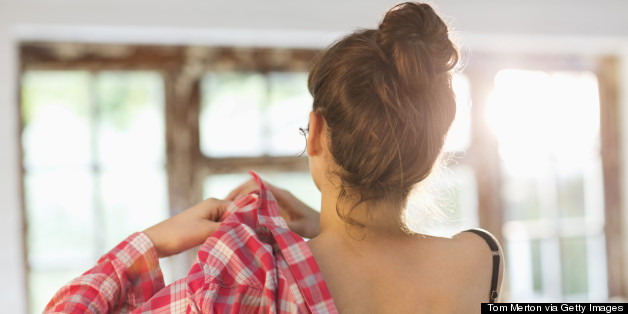 Duh, right? Well, the types of changes breasts undergo often surprise women, Huggins said. "If a woman's been nursing for a longer period of time, she may definitely find that initially her breasts are soft and feel good and she thinks, 'Whoa, this is great!'" she explained. But 10 to 14 days later they might suddenly become "massively engorged" again, she said, leaving many women baffled as to what to do. "Any stimulation to them will keep this rebound engorgement occurring," Huggins warned, so pumping is not a great idea, nor is stimulating them sexually, or standing head-on in a hot shower. She generally recommends wearing a supportive bra, taking ibuprofen and leaving your breasts alone. After a few days, they should soften back up again.

And if your breasts look a bit, well, sad after you wean, don't fret: "This is the loss of fat around the glandular tissue," Huggins said. "It just disappears for a while." Most women will find that about six months down the road, they'll get some of that fattiness back.