Japan, the country that gave the world condom cookbooks, burgers that are completely black and men who eat their own genitals in the name of art is giving the world something almost as weird: suits that double as futon mattresses.

It's a jumpsuit made of nylon, polyethylene and polyester that can double between as an overcoat and a bed, for those times when you're not sure where you're going to sleep.

The product is available in Japan for about $40 from supplier King Jim -- and that includes an air mattress, according to the Daily Mail.

There is no news of a release in other territories yet.

So far, reaction in Japan has been mixed, according to RocketNews24.com.

Some people admire the ingenuity of the idea, while others fear it may make it easier for Japanese companies to force employees to pull all-nighters at the office. 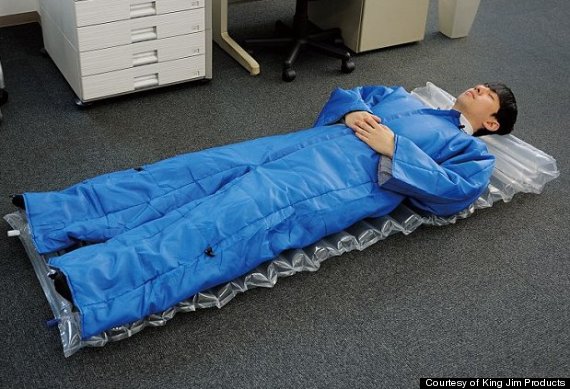