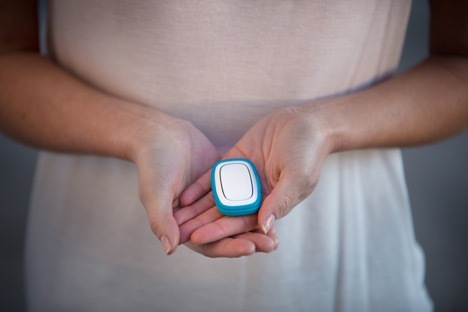 Sexual Violence is a crime of power and control. It affects people of all ages, genders and cultures. April is dubbed Sexual Assault Awareness Month - an observance that serves to build momentum around the conversation of rape culture and those being affected by shocking statistics. It's a month that celebrates survivors while working to use education as a tool for prevention.

While harassers and victims are both men and women, victims are predominantly women. Of the 12,510 charges of sexual harassment received by the Equal Employment Opportunity Commission in 2007, 84% were filed by women. A study by the National Victim Center finds that 1.3 women (age 18 and over) in the United States are forcibly raped each minute. That translates to 78 an hour, 1,871 per day, or 683,000 per year.

Revolar and ROAR for Good are just two companies looking to slash these statistics with wearable technology. Both companies were founded by women ready to disrupt the pattern of rape culture and change the way people keep themselves and those they love safe.

ROAR for Good built Athena as a simple device with a big mission: to protect women with the touch of a button. The coin-sized discreet device emits a loud alarm and sends your location to friends and family during an emergency. It's GPS-enabled, rain and splash-proof to make it easy to tag along with you during exercise or while on a vacation. 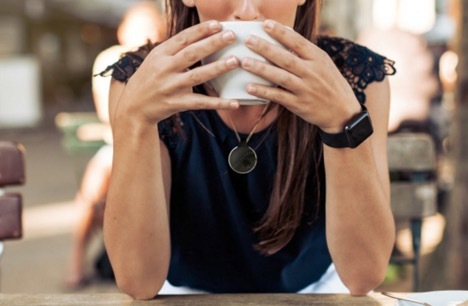 How does it work? A recessed button, to prevent accidental presses, is held down for 3 seconds to emit a loud alarm and simultaneously text your location to pre-selected friends or family. Your loved ones can then opt to give you a call or get 911 on the line. The alarm can serve as a deterrent to an attacker, but Athena also has a SilentROAR™ option if you'd rather hide your alert from them. All messages and help alerts are sent without the invasive alarm. You can clip it to your clothing, bags or wear as a necklace.

Philadelphia-based entrepreneur Yasmine Mustafa created Athena after personal realizations of the urgency to protect women from sexual assault. She returned from a solo trip across South America, during which she was repeatedly warned of the risks of a young woman traveling alone, only to find someone had been assaulted in her neighborhood. Since then, she paired with co-founder Anthony Gold to launch their startup to help empower women.

Athena's Indiegogo campaign was recently 667 percent funded - with more than $300 thousand raised to get it to market. 10 percent of proceeds from their campaign were allocated to raising awareness about the warning signs of abuse and helping end relationship violence. You can now pre-order the device at $79.99 and expect it in the mailbox this Fall. Available in black, rose gold and silver.

Revolar was born out of a passion to keep our loved ones safe in a smart, modern way. Founder and CEO Jacqueline Ros created Revolar out of love for her little sister who was assaulted as a teenager. Jacqueline found herself wishing her sister had been able to simply press a button to call for help, so that's exactly what she built. Jacqueline and her team are a dedicated group of allies and survivors, who are all committed to building safety technology to empower people to keep themselves and those they love safe. 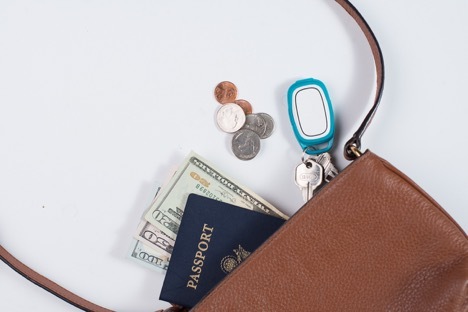 Similar to Athena, Revolar uses a discrete button to signal a personal emergency alert to loved ones via text message or e-mail. Emergency contacts are then provided with a web link that provides them with alert severity level (yellow or red), up-to-date location information, and path traversed since the alert was triggered. Their battery lasts up to year and the device itself is waterproof, which means you don't have to worry about getting caught in the rain or using it near the water.

The startup recently raised $3 million from The Foundry Group which is also a backer to Fitbit. Revolar plans to build other wearable devices for use in fields such as solo running and travel, and adding features to Revolar itself. It's available at www.revolar.com for $99. Their Give One Get One campaign asks for $119 to send you a Revolar and donate one to a woman in a domestic violence shelter on your behalf.

There have been overwhelmingly positive responses to wearables like Athena and Revolar, as well as other gadgets in the market seeking to prevent sexual assault. While these short-term strategies do not reach the core of the problem, they arm men and women with tools do defend themselves against becoming another number.

April is a month for action, but innovations like these are helping to push the conversation further and closer to positive, sustainable change on rape culture. They're making safety "as easy as pressing a button," because it is pressing a button.