When it comes to torches of strong Black women civil rights legacies, there are a lot to carry.

Fortunately for us there are plenty of contemporary black women up for the task, and the #WeAreBlackHistory photo series was devised as the perfect way to honor them.

The project, launched on Elle.com, is a creation of three women co-founders of Style Influencers Group -- a network dedicated to connecting brands with prominent black influencers of the fashion and beauty worlds. Jessica Andrews, Christina Brown and Lexi Felder took inspiration from the #BlackLivesMatter movement to limelight current cultural figures that demand the same ideals of equality as the civil rights legends before them.

Elle.com matched black digital influencers of the 21st century with iconic photographs of beloved female members of the black community to recreate bold portraits. The series features fresh faces and old names such as Ebony.com senior editor Jamilah Lemieux as Angela Davis, BlogHer editor Feminista Jones as Betty Shabazz, and HuffPost Style's very own Julee Wilson as none other than Rosa Parks: 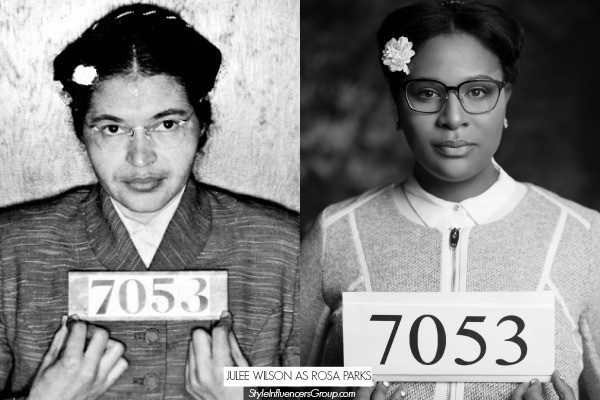 Each subject has a personal kinship to the idol they portray -- something that photographer Jerome A. Shaw flawlessly communicates with focused light in black and white.

Christina Brown explains the pairings of the series: “They were chosen not only because they are deeply inspired by their icons, but because they're making a tangible impact and shaping our history with their words, actions, and images."

“We aren't claiming to be the next iteration of these icons,” wrote Andrews, “but we do stand on their shoulders.”

And beautiful shoulders they are.

See the rest of the #WeAreBlackHistory photo series here. 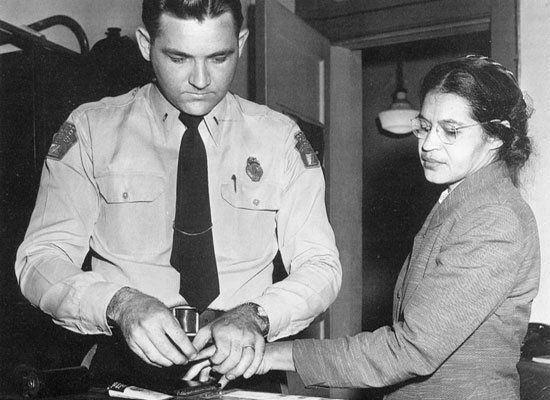