"Seeing red" and wearing red might have more in common than one might assume, as least in terms of perception. In a new study at Durham University, researchers found that men wearing the color red were perceived as "more aggressive and dominant" than those sporting blue or grey.

For the study, published this week in The Royal Society's journal Biology Letters, 100 volunteers of both sexes were asked to rate photos of men based on their trustworthiness, aggression, dominance and confidence. The men were wearing red, grey and blue shirts in the photos, and the researchers found that men wearing red were perceived as angry and, in some cases, more dominant than those in different colored shirts.

Interestingly, both male and female raters perceived red-clad men as aggressive, but only male study participants tended to view the color as a sign of dominance.

Diana Wiedemann, a doctoral candidate who ran the experiment, said the findings make the case for wearing red in certain situations.

"The implications of our research are that people may wish to think carefully about wearing red in social situations and perhaps important meetings, such as job interviews," she said in a statement. "Being perceived as aggressive or dominant may be an advantage in some circumstances but a disadvantage in others, for example where teamwork or trustworthiness is important."

Take Tiger Woods, for example. One of the most dominant golfers of our time, Woods is known for wearing red on Sundays. On his website, Woods once told fans, "I wear red on Sundays because my mom thinks that that's my power color, and you know you should always listen to your mom."

Turns out, mom is right! 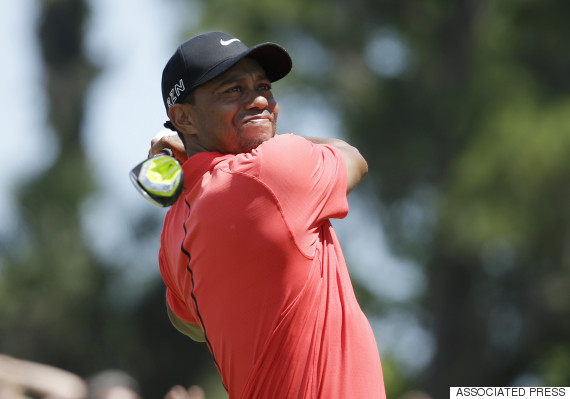 So the next time you're looking for the promotion or, say, competing in a sporting event, throw on that red shirt or uniform. But if you're trying to show off your softer side, we suggest wearing ANYTHING else.

The 2015 Color of the Year (and 7 Ways to Decorate With It)
More:
Style
Newsletter Sign Up
An essential daily guide to achieving the good life
Subscribe to our lifestyle email.
Successfully Subscribed!
Realness delivered to your inbox