Web designers and developers occupy vastly different roles in the tech community, but they have one thing in common. According to this (tongue in cheek) infographic from Shane Snow, a HuffPostTech blogger, it's that they're scared of women.

"Yes, we know some designers and programmers are female. But the statement still stands!" writes Snow, the artist behind the humorous infographic called "Web Designers Vs. Web Developers," first posted on Six Revisions.

Snow's illustration visualizes the difference between developers and designers by comparing their hygiene, fashion sense, gadget accessories, median salaries, fears and more. According to the infographic, the two groups may look alike to the untrained observer, but they differ in every way--except for their shared fear of women.

Take a look at the infographic (below), then visit ShaneSnow.com for more work by the self-described "Web geek and writer." 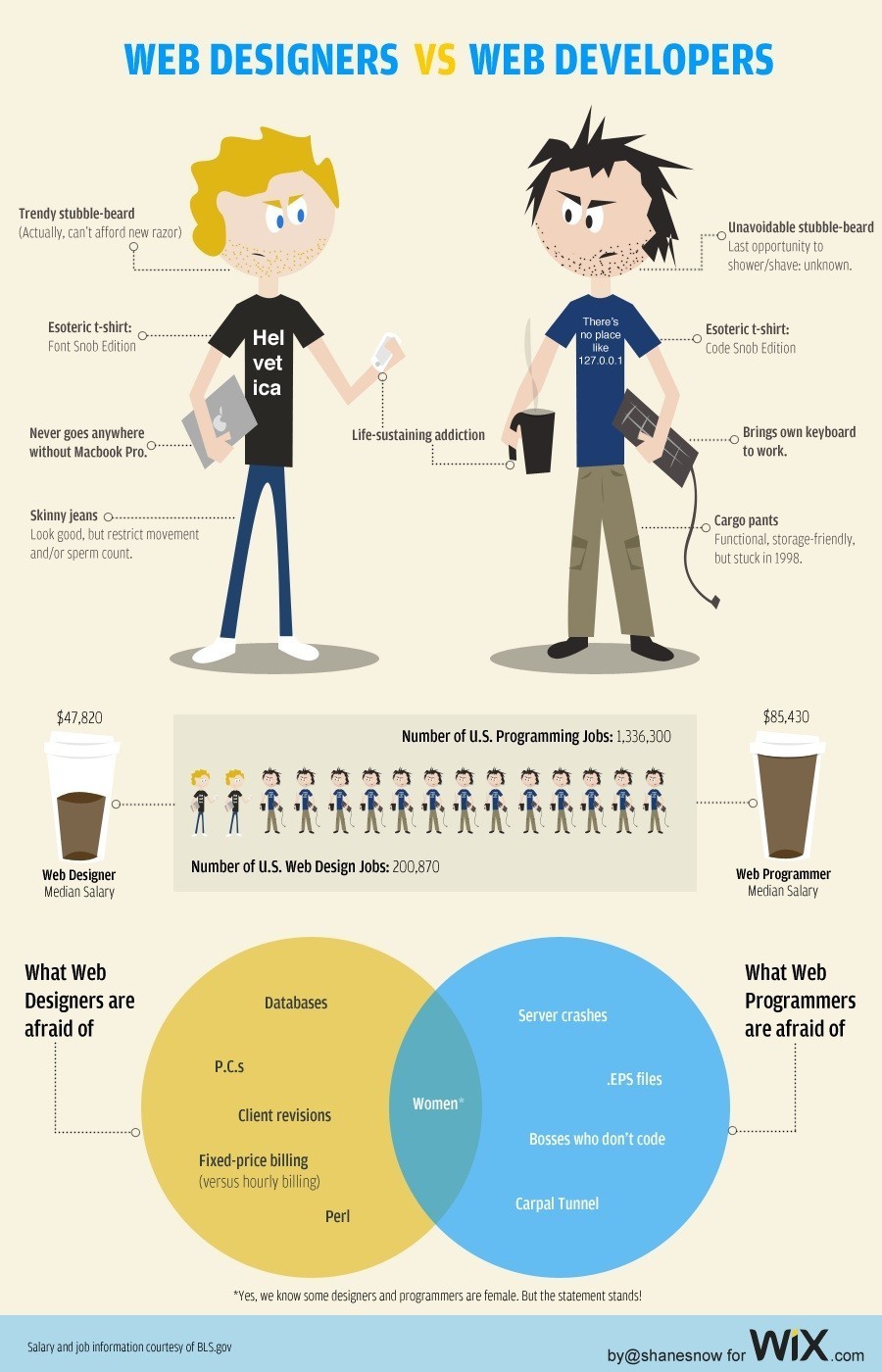