Artificial intelligence (AI) for news will become its own trend in 2016, according to a report released this week, although robot-assisted journalism (robo-journalism) has been a staple of media in recent years. 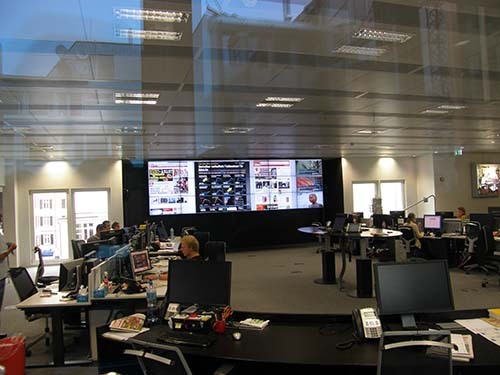 What's the future of newsrooms? (Abu-Fadil)

Our research shows that in the coming year we will see new innovations and experiments in how AI can be used in newsrooms. (App) Knotch will help content producers understand the reach of their stories, while new methods are being developed to help reporters analyze complicated data sets. For example, an AI application might assist an investigative team to recognize handwriting, spot patterns in photos or tag speakers in an audio recording.

According to Webbmedia Group's "2016 Trend Report," the Los Angeles Times, Narrative Science and Arria have proved that robots can transform raw data into narratives and craft stories that seem as though they were written by humans. 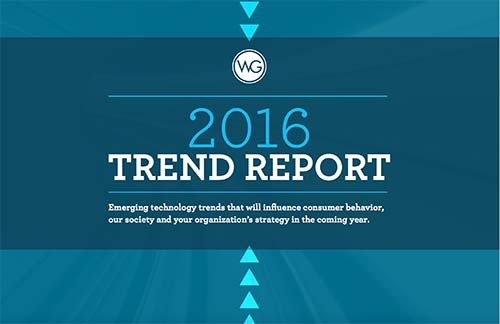 So how do legacy media cope with, and benefit from, the disruptive changes?

One option mentioned in last year's report and that continues to gather steam is "one-to-few publishing." It includes newsletters, podcasts and niche networks to captivate smaller audiences, and that has "made a huge comeback in 2015."

We anticipate seeing more and more niche networks launch, whether they are individual newsletters or podcasts. We also expect to see more niche-focused digital magazines in 2016. Smaller sites like Nautilus, Pacific Standard, Bitter Southerner, New Inquiry and Aeon produce exceptional content and command very attentive audiences. Our research shows that there is profit to be made, even though audiences may be smaller in size.

The prospects are even brighter for 2016, the report said. 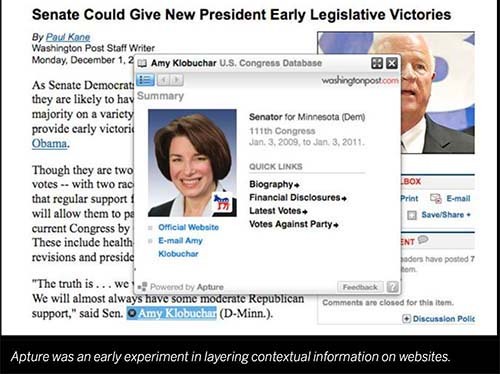 An interesting outlook for 2016 will be publishers' experimentation with intentional rabbit holes, with layers of contextual links to longer stories so that readers don't scoot off their websites.

On offer would be the story itself, boxes with layers of information, subset explainers, historic videos, dissenting viewpoints, detailed information, and more, the report said, pointing to the Washington Post that launched such a service dubbed "Knowledge Map" in 2015.

But, wait, to make sure trends are not confused with fads, the report defines them, since digital media, technological advances and behaviors we adopt are taking all manner of trajectories. 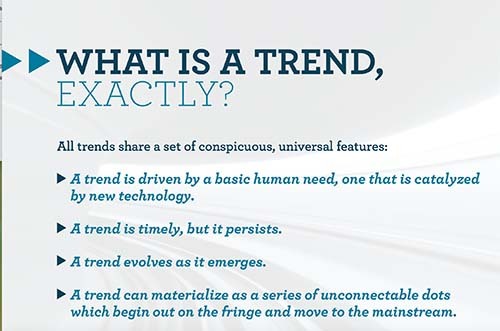 Screen shot of "What is a trend, exactly?"

A trend is: driven by a basic human need, one that is catalyzed by new technology; timely, but it persists; evolves as it emerges; can materialize as a series of unconnectable dots which begin out on the fringe and move to the mainstream.

Elsewhere in the report, we're told media will also undergo increased consolidation in the coming year, following a trend those in the industry may view as alarming.

The next 24 months will be about rapid product creation and monetization in a rush for investment and exits. By the year 2021, it's possible that AT&T, Verizon, Comcast, Charter and Amazon will have replaced CBS, Viacom, the Washington Post, Hearst and Condé Nast as the biggest news and entertainment media brands in the U.S.

The report also found that U.S. adults were increasingly using their mobile phones to access online video via YouTube and Facebook and that this trend was expected to expand with the introduction of competitors like Amazon's gaming platform Twitch.

Which means video and TV consumers were more likely to cut the cord of pay-TV subscriptions in favor of niche streaming services and explore personalized video -- still a work in progress -- offering viewers fare based on their personal information.

Not new, but certainly heading to ubiquity, are drones that the report said will be programmed to navigate along the path of GPS waypoints and make mid-air decisions to follow the best route while avoiding buildings, trees, mountains and other drones.

But they will also be subjected to new legislation regulating their paths, and maybe even their ownerships. 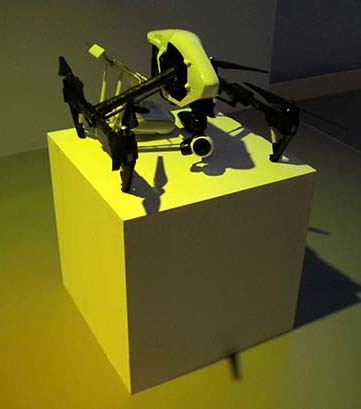 Virtual reality, a computer simulated environment, and augmented reality, that overlays information into one's field of vision, are holdovers from previous years, have entered our lexicon, and are expected to make big leaps in 2016.

But a first examined in this year's report is augmented knowledge.

We don't recognize it as such, but we are actually living in an age of digital telepathy, where information can be transmitted via direct input. At the University of Washington's Center for Sensorimotor Neural Engineering, researchers built a system allowing one person to transmit his thoughts directly to another person. Using electrical brain recordings and a form of magnetic stimulation, one researcher sent a brain signal to another person elsewhere on campus, causing his finger to tap a keyboard 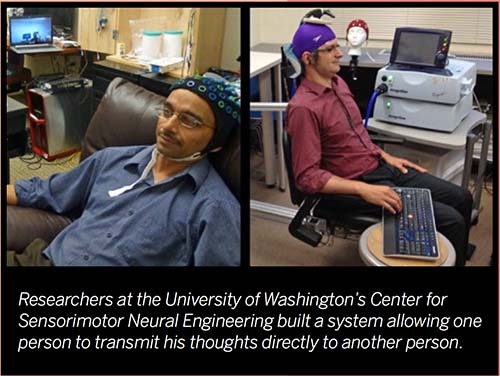