When a woman cries on screen, she frequently does so in a manner that's dignified, soft and controlled. A single, crystalline tear trickling down an unblemished cheek, only to be wiped away with a handkerchief and a smile. Unless, of course, she's crazy or something, and frantically blows her nose on the sleeve of the cool man who just rejected her.

When a woman cries in her bedroom, however, the experience is worlds apart. For example, when I lock the door for a good cry, my face is soon swarmed with red splotches, my eyelids well up to form pillowy Venus Flytraps. I can't breathe. I can't stop sweating. Indeterminate goo flows from my eyes, nose and mouth.

"Crying can be gross," artist Dora Moutot explained in an interview with The Huffington Post. She should know. Moutot is the brain behind "Webcam Tears," a project that crowdsources webcam videos of people, mostly girls, crying real, human tears.

"It doesn't look 'pretty' or romantic," she says. "Crying is raw, there are fluids, and gaspings, it's very organic. It's a natural thing that your body does. It doesn't ask you if you feel like it, you can't hold or control it. In a way crying is a very animal, mammal thing to do. Apparently, from what I've read, some animals have tears of relief or sadness too."

Moutot, based in Paris, began "Webcam Tears" four years ago, by accident. She filmed herself crying one day and posted the video to Tumblr and Facebook, just to see what happened. It felt good.

"It actually felt very good," Moutot said in an interview with Dazed Digital. "It felt like saying 'Look I'm sad, tears are rolling on my cheeks and I'm not ashamed. Why the fuck should I hide and try to not cry in front of you? What is it about? Not making you feel uncomfortable? Deal with it, sometimes I'm weak, people are sad and this is human and it's fine.'"

Furthermore, the presence of the camera warped the experience of crying itself. "It felt and it still feels disembodied," Moutot said of the understandably surreal experience of watching your own face while tears roll down it. "It kind of takes away the pain from you. At least, it does for me."

Dutch artist Melanie Bonajo expressed a similar sentiment regarding her "Anti-Selfie" series, in which she photographs herself mid-cry. "I started to take the pictures of myself crying as a way of putting myself outside of the situation of sadness and looking at myself from the point of view of an observer," Bonajo said. "As soon as you point the camera to yourself, you take yourself out of the moment and look at the situation from the perspective of an observer."

After posting her video, Moutot invited people from her Tumblr community to post their own webcam weeping sessions. Over the course of four years she's collected over 100 videos, most of girls with a few boys sprinkled in. "I think a lot of women cry very easily," she said. "I guess it must be in our nature or in our gender culture. A little girl is expected to cry, but we're expected to hide ourselves when we cry once we grow up. 'Come on don't cry in public, you make me ashamed, you're not four [years old] anymore.'"

Moutot's artistic venture can be viewed as therapeutic, but there's also an element of shock. Mostly this is experienced by the viewer, witnessing an aggressively private and personal act performed on the public stage of the Internet. There is an immense gap between what sex looks like on screen and what it looks like in real life; watching "Webcam Tears" is like finding Xtube after a lifetime of rom-coms.

Sex and sexuality have become crucial sites of rebellion for fourth wave feminists. Expressing your desires, exposing yourself, doing whatever the hell you want with your body because it's yours. This separates many young feminists from their predecessors, who condemn brazen promiscuity, up-talking, hair flipping, boob flaunting and the like.

Not so surprisingly, the same phantom pressure for modesty that governs women's bodies extends to their emotions. Many strong, successful women driven to embody a traditional (patriarchal) ideal of success would panic at the thought of crying at work. "Modesty in clothes, modesty in sexuality, modesty in emotions," Moutot said. "When we get emotional, we are immediately classified as hysteric or depressed."

"But I don't see why crying should be considered childish, it's not. We're supposed to be 'moderate' in whatever we do, and it's unfair. Some girls are naturally moderate, some aren't. I want to cry in front of everyone if I feel sad, and not feel ashamed. Sadness or despair are not emotions to feel ashamed about."

"I was finding the video of myself in between images of bondage and girls being whipped. Guys were commenting on the video and saying very shocking stuff. I couldn't sleep," she said. Most women with an online persona can attest that almost any image or video uploaded to the web can and will result in discomfort or trolling or harassment. Again, even a video of a snotty sad girl.

Eventually, Moutot begged Tumblr to remove this particular video from their server and they obliged. "I don't understand why this video got so much success but I never uploaded it again. There was obviously something very exciting and sexual about it that I was not aware of. After this episode, I got used to seeing videos from 'Webcam Tears' being reblogged on weird blogs on Tumblr, but it was always moderate and not as scary, it never got the success from the one I erased. Now when I cry, I sometimes wonder, 'Was this cry a sexy one, or not?'"

Moutot's project provides another example of the selfie operating not as a meaningless, narcissistic fix that will destroy the future of the universe, but as a radical, feminist, creative weapon. With a flip of the camera phone (and lots of bravery and skill, of course) marginalized and too often invisible communities, from genderqueer teens to young artists of color, can project their own image on their own terms.

This is not to say the majority of Instagram is not teeming with envy-inducing images of glamorous, carefree, flawless lives. "It sucks," Moutot responds. "People are alienated, they criticize the world of corporate advertisement cause they are selling them fake plastic dreams but when they have the freedom and the power to show something else, they do exactly the same thing and they become an advertisement themselves!"

For Moutot, however, the Internet is not the impetus for this particular brand of projected perfection. She mentions net presences like So Sad Today and artist Audrey Wollen, the force behind "Sad Girl Theory," as spaces and people subverting the platform as potential sites of sadness. "I personally like to be even more real on the Internet that I am in real life," Moutot expressed. "I think it's a great medium that can help you to be true and honest, because there is a security wall that doesn't exist in real life."

Watch the women of "Webcam Tears" and you may giggle nervously. You may feel a pit in your stomach at the sight of another's unabashed pain. You may be turned on, if you're into that. You may be impressed at the rawness, unnerved at the intensity, inspired to turn your next PMS deluge into a work of art. You'll almost certainly feel a little less alone. 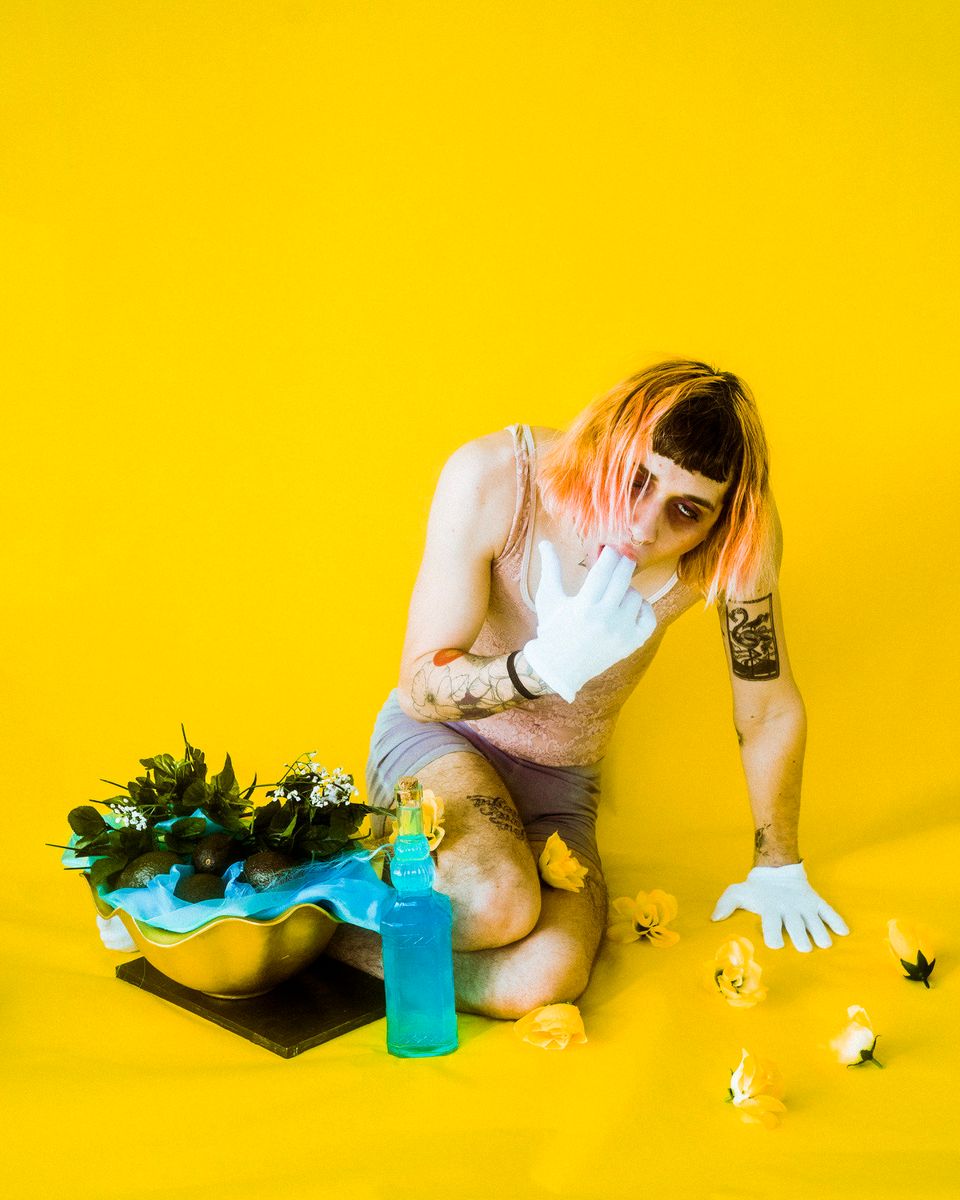