Sirena and Eric, who got married in Norway in September, said that their wedding day "felt like heaven on earth."

One glance at the breathtaking backdrop of their wedding photos, shot in the Lofoten Islands in northern Norway, and it's easy to see why. 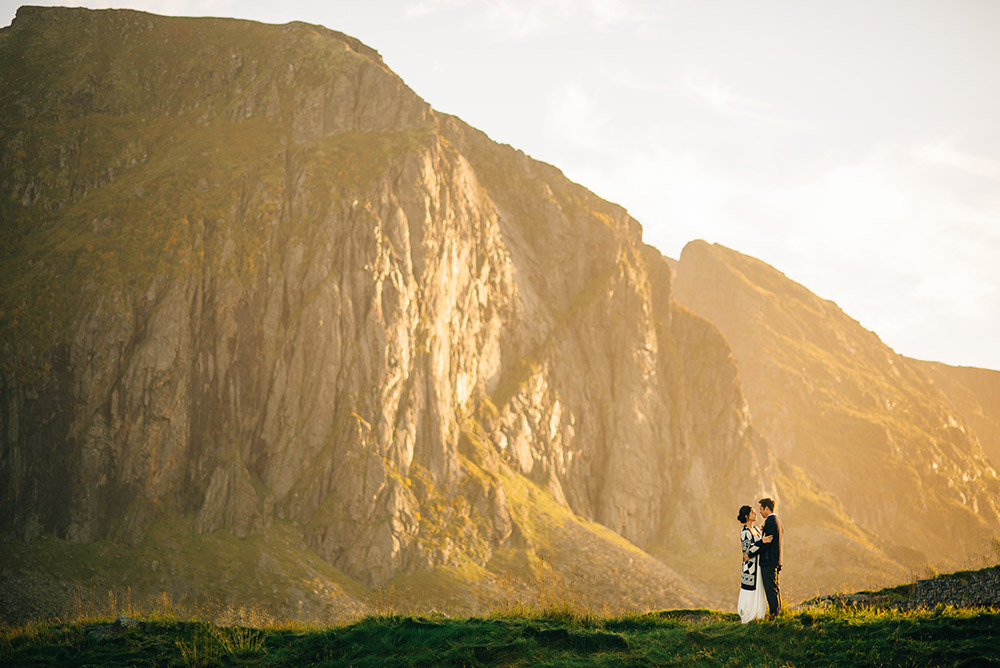 Jakob Granqvist of the Stockholm-based Nordica Photography was behind the lens to capture the couple's big day set against the majestic mountains and pristine sea.

Sirena and Eric -- originally from Texas and Germany, respectively -- first met when they were both traveling alone in Argentina.

"I had made concrete travel plans, but Eric hadn’t," Sirena explained to The Huffington Post via email. "So when his schedule allowed, he met me in Ushuaia (one of the southernmost cities in the world). He can literally say he traveled to the end of the earth to see me again."

The couple visited Norway several years ago and fell head over heels in love with the country. They knew they wanted to go back someday and decided to plan the wedding around their return.

"You can see from the story of how we met that traveling has played a role in our relationship, so making a vacation out of our wedding just seemed natural," she said.

For more stunning photos, check out the slideshow below: