Prohibition Bakery might be the only cupcake shop where you're required to show I.D. before enjoying a sweet treat.

That's because all the cupcakes are flavored like your favorite cocktails, and yes -- there's real alcohol in the frosting and filling. With flavors like Old Fashioned, White Russian and Margarita, you'd be forgiven for thinking you've stumbled into your local bar instead of this cute New York City bakeshop. And the bakery caters weddings, so if traditional white wedding cake isn't your thing, you can serve your guests your favorite drink as a cupcake instead.

HuffPost Weddings spoke with Leslie Feinberg and Brooke Siem, the masterminds behind Prohibition Bakery, about how they developed their boozy flavors and if it's possible to actually get drunk off these cupcakes.

Where did the inspiration for alcoholic cupcakes come from?

Brooke Siem: [Leslie and I] were friends and we would hang out on nights when no one else would hang out with us because we both had jobs in the restaurant industry and most people aren’t off Tuesday nights. Leslie’s a bartender and I'm a chef. I had a bachelorette party [to go to] and my friend loved Cosmos and I wanted to make her a Cosmo cake, but I didn’t really know what went into a Cosmo. That’s when I went to Leslie and she walked me through that, and we realized pretty soon after that that no one had really done this and there were a lot of opportunities to create a line of boozy cupcakes based on drinks. We started playing around in our apartments and we were giving them to friends for birthday parties. Once strangers started ordering them we found a kitchen to moonlight in, so we would bake at night, because we both had regular jobs at the time. Eventually it became clear that we’d rather be doing this than our silly jobs that were only supposed to be temporary.

How do you develop the cupcake flavors and recipes?

Siem: The cupcake is the perfect form for the cocktail. It’s three parts and most well-balanced cocktails are three parts as well. For instance, with the Margarita cupcake, it’s a lime cake, tequila sour mix filling and tequila triple sec frosting. The Sex on the Beach cupcake is an orange cake with a vodka and peach schnapp filling and cranberry frosting. For the most part they fell into place on their own. What makes [ours] different is a lot of people make a rum frosting and call it a boozy cupcake, which is not really what we’re doing. We do that, but we make it taste overall like a cocktail. Our filling is our signature, it is alcoholic, it’s raw alcohol, you have to be 21 [to eat it]. It tastes like a liquid, but it’s a cupcake.

Leslie Feinberg: There have been a lot of mishaps. Some of them are just tragic. There was an incident where we made everything we owned black. We tried to make a black frosting and in doing so dyed our mouths and all of the utensils we were using and had to start over. That was a very important lesson. That’s actually a big part of why now we don’t use any artificial colors or flavors.

Why are customers required to be over 21 years old to eat them? Can you get drunk?

Feinberg: That was the state liquor authority’s decision. They didn’t really know what to do with us and so they said, "Just card people and it’s fine." [Customers] love it. Its entirely possible [to get drunk], but it really depends. If you’re a lightweight and you haven’t eaten all day you could definitely get drunk. I think my mom who has half a Cosmo and is giggling her little face off, she’s definitely gotten a little drunk off the cupcakes. That being said, Brooke and I, at this point, it doesn’t really affect us.

What do you offer at weddings?

Siem: It's pretty common that people get some sort of tier and [the cupcakes] are tiered like a cake. We don’t do cakes but we’ll do a cake topper, so the bride and groom have something to cut into during the ceremony or go home and freeze if they want.

Feinberg: We just recently did cupcakes for my best friend's wedding. She married a British gentlemen and his family was a little put off by the Car Bomb cupcake. They thought it was a little bit questionable and they have Irish people in their family as well, so we had to call it the Whiskey and Crème. One of our favorite couples is the very first wedding we did, Reena and Brendan. It was a couple who met us at a street fair back when we didn’t even know if the store was a realistic possibility and they fell in love with our cupcakes and said, "We're getting married in a year, we totally want you to do this." Both of us thought we'd never hear from them again. But a couple of weeks before the store opened they were like, "We want these cupcakes." We did seven or eight hundred for this huge beautiful Indian ceremony.

How do you explain why your cupcakes are so popular?

Siem: We’re not hitting you in the face with vodka just because we can. It’s the balance that appeals to the adult palate. You can bring our cupcakes to an event and there’s still a sense of class with them. They're not rainbow with Elmo on it.

Feinberg: We’re not cupcake girls. We are the least cupcake-y girls you will ever meet in your entire lives. And I think that’s why our cupcakes are so popular, because they’re not these insanely sweet bright pink things with flowers all over them. Adults love our cupcakes -- you don’t have to be a 19-year-old girl to think these are awesome.

Click through the slideshow below to see photos of Prohibition Bakery's cupcakes. 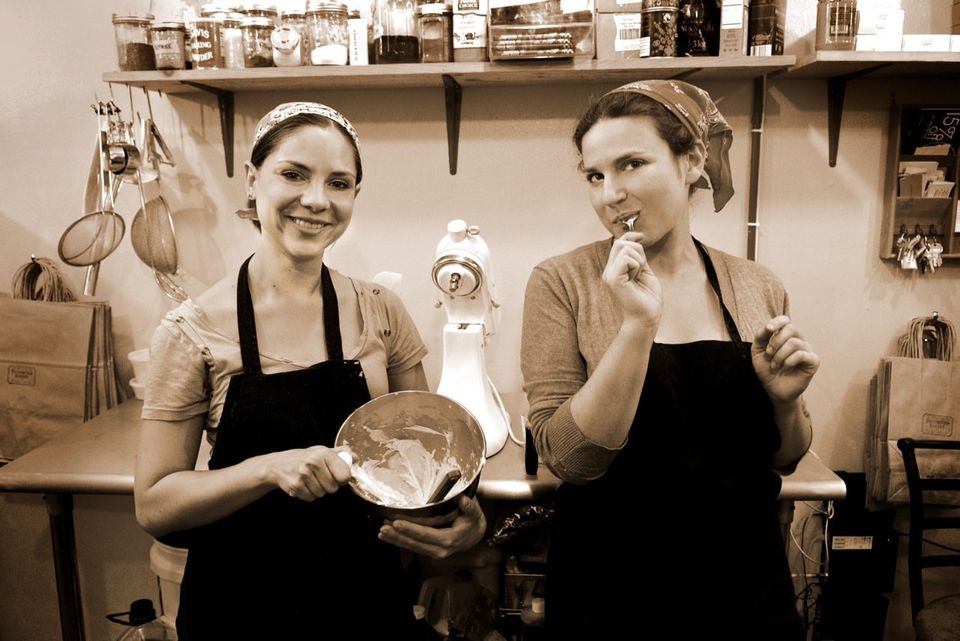