Arthur Fellig didn't choose the name Weegee, so the story goes. The name chose him.

As a young freelance photographer in the 1930s, he became mildly famous for arriving early to a crime scene, so early colleagues wondered if a greater force compelled the Austrian-born lensman to sniff out catastrophe before everyone else. He was a human Ouija board by reputation, so it makes sense that an appropriation of the game's title became the pseudonym of America's darkest street photographer. 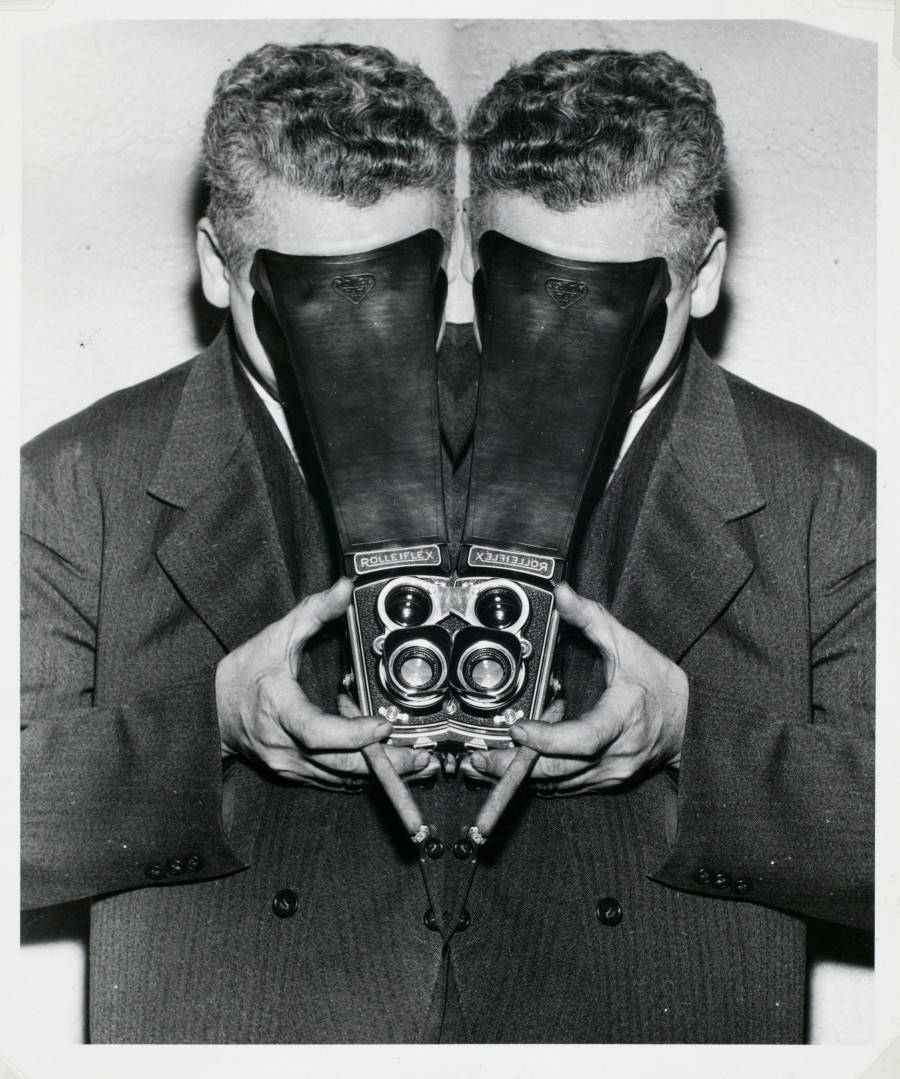 We can choose to believe that origin story; either that or the name is derived from his skills as a darkroom assistant ("squeegee boy"). The former is much more dramatic, and represents a legacy fitting for the "master of the sensational."

Weegee would go on to leave portraits of violence -- murders, fires and other villains of Manhattan -- behind him, embarking on a career photographing film stars and fashion behemoths in Los Angeles. Capturing night life of another kind entirely, his nickname persisted. He infiltrated the upper classes of Hollywood, winding his way into major photography exhibitions and published tomes, but he remained a tabloid pap at heart. Which was, really, part of his allure. Every monochromatic picture he produced held within it both the grotesque and gorgeous sides of humanity.

Hysteria, be it the crowded setting of a car crash or the glamorous throngs of a film debut, seemed to be his forte. He, over the course of his years behind the camera, imagined more than a few unconventional techniques that brought his delightful brand of chaos into perspective. Beyond his use of infra-red flash, he employed what he dubbed an "elastic lens," constructed with mirrors, filters and flexible lenses that amounted to a kaleidoscopic view of the equally grim and beautiful universe he saw. “I had to have a lens out of this world to do justice to the strange sights and people which are Hollywood," he once exclaimed.

In honor of Weegee's birthday (he was born on June 12, 1899 and lived until the end of 1968), we've put together a collection of photographs sometimes overlooked when it comes to the beloved noir icon. Languish in the beauty of Fellig's nude photography series below. And let us know your thoughts on the kaleidoscopic works in the comments.

(All images courtesy of Getty Images)