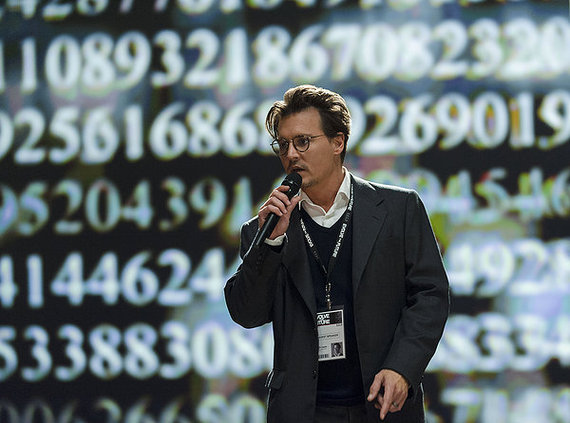 There are so many potentially interesting elements swirling around Wally Pfister's Transcendence - something old, new, borrowed and blue - that the disappointment when they don't add up to a significant movie is acute.

Written by first-timer Jack Paglen and directed by Pfister (Christopher Nolan's go-to cinematographer), Transcendence trolls in the waters of both Philip K. Dick and William S. Gibson (without ever really getting a solid bite). It is about the interface and interaction between human consciousness and machine consciousness (if there is such a thing), about the disappearance of privacy and the argument for a computer-modeled form of government control (sort of like Captain America: The Winter Soldier).

But it's hard to tell whose side the film is on - or whose side it wants the viewer to take. At times, the anti-technology forces are portrayed as luddite anarchists, an impression about them that doesn't change even when the film's allegiances do.

At the heart of this is Dr. Will Caster (Johnny Depp), who is part of a network of scientists in the near future, working on finding a way to transfer a human soul to a computer mainframe. When does artificial intelligence stop being artificial? When it can have feelings? That's what Caster and his partner/wife Evelyn (Rebecca Hall) and their collaborator, Max Waters (Paul Bettany), are knee-deep in. Which is why they are one of several targets by anti-tech terrorists, who explode bombs and otherwise attack the research facilities and labs of those working on the project.

Caster himself is gunned down; he survives the shooting, only to discover that he's been poisoned by a radioactive bullet. So he makes it his mission to upload his memory bank - his consciousness - into a mainframe so that he might live on.

When he succeeds - and then gets himself plugged into the Internet - well, is it a good thing or a bad thing?