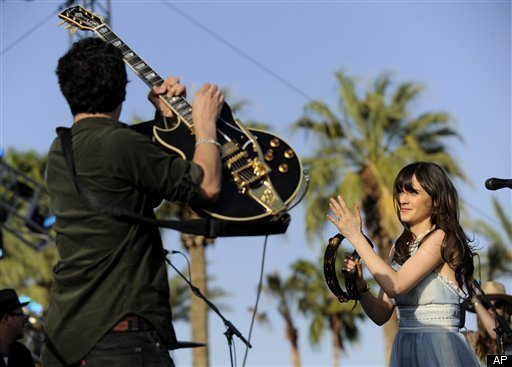 Huffington Post continues its local coverage with the help of our Citizen Journalism Unit. To join the local reporting team and receive advance assignments, click here

WhoMadeWho with Blackbells
Danish trio, WhoMadeWho, are paving their own musical path, finding room for woodwinds in their disco-punk, space-age synths within their pop-sensibilities. With a sound unlike the rest, their show is likely to stand out as well.

The Fab 5 and Uzalo
Known as "Jamaica's #1 Showband," the Fab 5 celebrate over 4 decades of reggae by joining up with Junior "Gabu" Wedderburn and his new project, Uzalo.

She & Him
Zooey Deschanel and M. Ward's sweet as can be indie-pop proves that cross-overs and side projects don't have to come at half-rate.

Note:
The Huffington Post exclusively assigns stories and provides press passes to its Eyes&Ears reporters. If a reporter contacts a venue and request a press pass without explicit permission from the Huffington Post, we reserve the right to ban said reporter from being part of our New York Local team.