6 p.m. Friday
The mistake: You're too spent from the workweek to come up with a dinner idea (let alone make it). To the restaurant!
How it could affect your week: Of course, it's possible to dine out in a healthy way, but 92 percent of the meals studied at both chain and local restaurants contained more than the recommended amount of calories for a single meal and averaged more than 1,200 calories each, found a recent study in the Journal of the Academy of Nutrition and Dietetics. (The meals came from 364 restaurants in San Francisco, Boston and Little Rock, Arkansas, in case you're wondering if geography played a role.) For many of us, Friday's splurge is just the beginning. "It's definitely possible to eat enough on the weekends to negate five days of healthy workweek eating," says Jackie Topol, RD, a clinical dietitian at NewYork-Presbyterian/Weill Cornell and a culinary nutritionist, meaning you could spend the whole week ahead trying to "make up" for your weekend free-for-all.

7 a.m. Saturday
The mistake: Your alarm goes off, still set to your normal Monday–Friday time, but you turn it off and go back to sleep until 9.
How it could affect your week: We know you know this, but bear with us, because it's that important: Going to bed and getting up at the same time every day is the best way to get the best rest, says Dianne Augelli, MD, assistant professor of medicine at the Weill Cornell Center for Sleep Medicine at NewYork-Presbyterian Hospital. You can be a little loose with the timing window, but not 2 hours loose. "I tell my patients that 30 minutes later on either end won't throw you off your sleep schedule," says Augelli. If you're still tired, Augelli recommends taking a short, 20-minute nap or two later in the day, long enough to feel refreshed but not so long that you'll be groggy afterward. Long naps and sleeping late will mean you're up late Saturday and Sunday nights, up early Monday, so you're tired at the start of the week and dealing with all of the other effects of sleep loss (junk-food cravings, impaired decision-making, a less than sunny disposition, etc.).

2 p.m. Saturday
The mistake: You survived the Thursday night spin class and you're going to start Monday with a sweat-drenched rowing session, but you're not planning on exercising in between.
How it could affect your week: Monday's workout will feel a whole lot harder. "Your cardiac output, or how efficiently your heart bumps blood throughout your body, starts to decrease within 72 hours of your last workout," says Michele Olson, PhD, a professor of exercise science at Auburn University, in Alabama. So you're not imagining things when 3-plus days without exercise make the first day back feel unexpectedly tough. On the opposite end of the spectrum, doing weekend warrior-style workouts when you don't get much exercise during the week is basically asking for joint or muscle injuries, says Olson, who adds that putting that kind of stress on your body can lower your immune defenses too. (Definitely not what you want going back into a hectic workweek.)

Noon Sunday
The mistake: In your rush to get cracking on that to-do list (the dog won't take itself to the vet), you forgot to throw a bottle of water in your bag.
How it could affect your week: Even minor dehydration can affect your mood, leaving you cranky, lethargic and unfocused come Monday morning, when you need to get back to the grind. A small study in the Journal of Nutrition found that being just 1 percent less hydrated than recommended left healthy young women in a similarly unhappy mindset. The researchers purposely dehydrated the subjects with a brisk walk (40 minutes at slightly under 3.5 miles per hour), but you might find yourself moving just as quickly for just as long during a day of hectic errand running. On top of that, it's common for people to forget to drink enough water throughout the weekend, says Topol, because you're off your workweek routine of filling up every time you walk past the office kitchen (or whatever H2O reminder works for you). 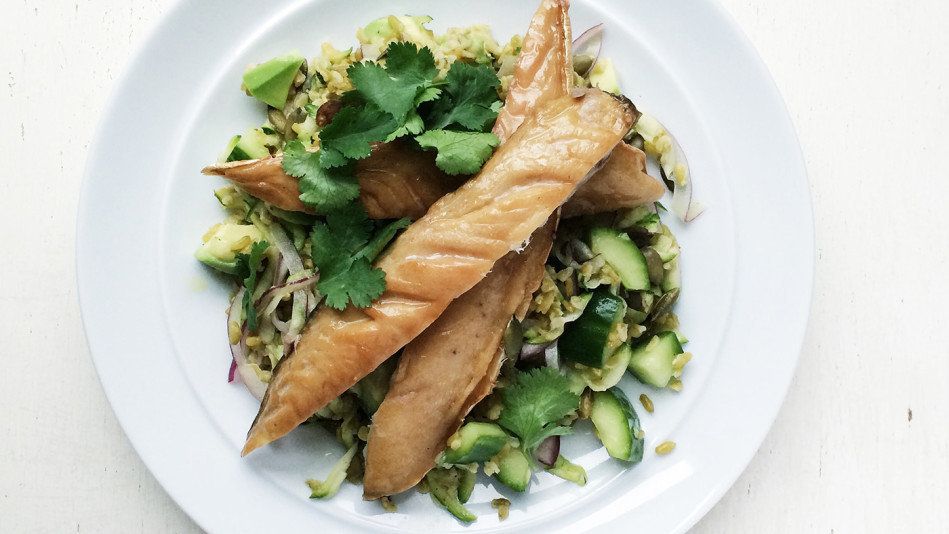