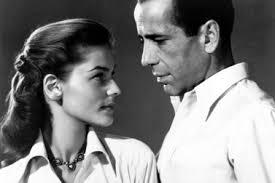 The telephone rang twice before the machine answered. Lydia paused, fingers over keypad to hear who was calling before answering.

"I'm sooo happy to hear from you," Lydia said, meaning every word of it. Garry had been her lover through three years of college and one year of graduate school thirty years ago. He lived 60 miles away and drove in on weekends, and usually midweek, as well.

"I left a message on your voice mail about a month ago," she said.

"Oh, really." He was flattered by her exuberance.

Lydia had dropped all pretense when she turned fifty. She never toned down her enthusiasm. People either basked in it, or thought she was faking.

"You told me to call your cell," she said.

He was married to his fifth wife. They'd met a year after his divorce from his first wife. During the weekend years, Lydia had thought she might become Mrs. Garry number two. They discussed it, but their timing was off. She went to graduate school out-of-state and they opted for an "open" relationship.

"Damn, I've been having trouble with my cell. Why did you call?"

They laughed. Garry was twenty years her senior. When he hadn't returned her call, she'd worried that he might be dead, but she didn't say that.

"Probably something to do with politics," she said instead. Garry and Lydia had always found it easy to talk with each other. Their weekends had been filled with lively political debates which added an unexpected sensuality to their lovemaking.

Their conversation now flowed from the presidential candidates to the economy to the environment to family, mainly the children: his and now, hers. They took care to avoid discussing their spouses. Garry's wife was notoriously jealous. Lydia's workaholic husband veered in the opposite direction.

Garry launched into a description of his latest entrepreneurial venture, something high tech. He was very creative, and extremely wealthy. He'd made investments in every state she'd moved to in order to write off his travel. While he spoke, Lydia imagined his head, now partially covered with silken white hair, bobbing up-and-down between her legs.

"So I just need to raise another million," Garry said.

"Well, at least you have some," she said, meaning hair on his head, not money.

"But you're sooo amazing with what you do have," Lydia said, sounding like a love-struck nineteen-year-old.

Across the miles and years, they laughed again.