Get this: 30 percent of all New Year's resolutions are broken before February, according to a poll by the time management firm Franklin Covey. "People tend to fall off the weight-loss wagon so quickly because their goals are unrealistic," says Toby Amidor, a registered dietitian based in New York City. "When people feel as though they've failed, they tend to throw in the towel for good instead of giving their resolution another shot." Here, four of the nation's top diet experts reveal common weight loss resolutions that almost always backfire.

1. "I want to lose 20 pounds."
"Dropping 20 pounds is a great long-term goal, but dieters tend to fall off track when they have such a lofty resolution," says Amidor.

Instead: Lose one pound per week.
"Instead of taking on such a big task, focus on losing one pound a week by setting small diet and exercise goals," suggests Amidor. "For example, resolve to pick skim dairy over whole and pledge to work out 30 minutes, three times a week. You'll be surprised how small tweaks can result in major change."

2. "I'm going to try the ________ diet."
Fill in the blank with any fad diet and you're doomed for failure. A typical diet-of-the-moment requires cutting out one or more major food groups, like fruits, grains or meats. That's simply unhealthy and can also prove overwhelming, says Amidor.

Instead: Eat lean protein and veggies at every meal.
A well-balanced and properly portioned eating plan that includes a variety of produce and lean meats (and the occasional sweet treat!) will always be the ticket to long-term weight loss, Amidor says. 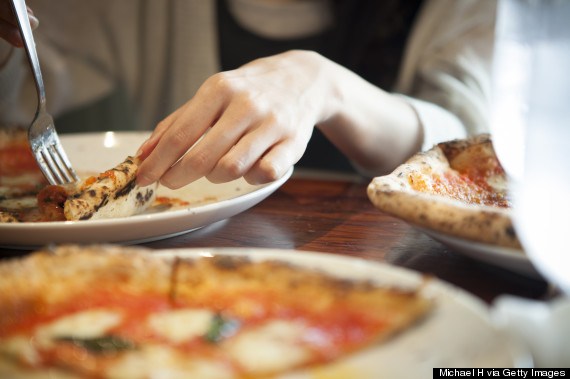 Nixing a night out with friends for the sake of your diet is no way to live, says Amidor. You'll only wind up frustrated and will be more likely to fall off the wagon.

Instead: Order smarter at restaurants.
"Before dining out, have 10 almonds or an apple so you don't arrive ravenous, and then start with a small salad," suggests Amidor. In a 2004 study published in the Journal of the American Diet Association, Penn State researchers found that women who started a lunch with a salad consumed up to 12 percent fewer calories than those who skipped the first course. "Choose a light appetizer as your entree and have the bread basket removed," says Amidor.

4. "I'm going to eat 900 calories a day until I lose the weight."
Sure, severely restricting your calorie intake will spur weight loss, but you'll gain it all back as soon as you start eating normally again (not to mention that starving yourself is dangerous). "This is often the attitude of yo-yo dieters, who go from a size four to a 12 and back again, seemingly overnight," says Amidor.

Instead: Develop a healthy eating plan with an RD.
If you're unsure how to lose weight the healthy way, consider making an appointment with a dietitian. "Many RDs now take insurance, so don't be afraid to ask if yours is accepted," says Amidor. The Academy of Nutrition and Dietetics has a registered dietitian referral service that allows you to search a database of practitioners across the nation.

5. "I'm going on a juice cleanse."
After a holiday binge, a detox may seem like a good idea, "but an all-or-nothing approach to weight loss will ultimately fail," says Lisa DeFazio, RD, a celebrity nutritionist based in Los Angeles.

Instead: Do a mini-cleanse.
Jumpstart your weight loss plan with a two-day, 1,200-calorie juice cleanse instead. "Replace breakfast and lunch with a fresh vegetable juice or a protein shake and eat a balanced dinner of whole grains, vegetables and a lean protein like chicken or fish," suggests DeFazio. 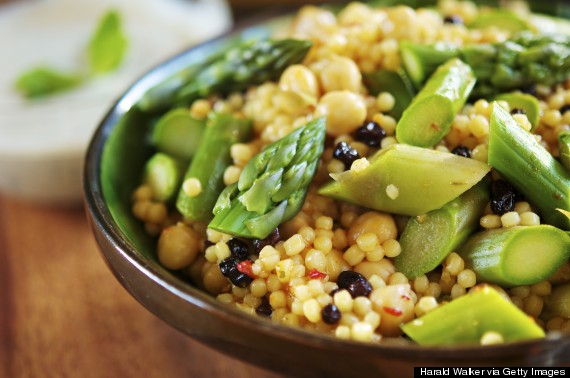 Losing weight requires burning more calories than you consume, but eliminating meat from your diet won't necessarily cut your calorie intake. "Newbie vegetarians sometimes gain weight because they are unaware of the hidden calories in vegetarian go-tos like cheese and pasta," warns DeFazio.

Instead: Reduce your meat intake.
"Lean animal proteins should take up no more than a quarter of your plate at each meal," says DeFazio. Fill the rest of your dish with whole grains, fruits and vegetables to fuel weight loss. You could also try swapping some of your meat with vegetarian protein sources.

7. "I'm quitting junk food."
"Cutting out indulgences may initially help you lose weight, but over time it will make you feel deprived and ultimately lead to bingeing," warns says Tanya Zuckerbrot, a registered dietitian based in New York City and founder of the F-Factor Diet.

Instead: Follow the 80/20 rule.
Many weight loss experts (like Jillian Michaels) recommend making 80 percent of the calories you consume healthy, and saving the remaining 20 percent for what may otherwise be considered diet no-nos.

8. "I'm going to cut calories by skipping breakfast."
Research shows that foregoing a morning meal will put you on the fast track to weight gain, not loss. In a study published in the European Journal of Neuroscience, for example, participants who skipped breakfast were hungrier and more likely to indulge in fattening foods later in the day.

Instead: Eat a protein-packed breakfast every morning.
Eating a filling breakfast lessens the chances of bingeing on junk later in the day, says Zuckerbrot. "Pair lean proteins with high fiber, complex carbs -- think a veggie omelet with a slice of whole-wheat toast or Greek yogurt with fruit and a tablespoon of nuts -- to keep hunger at bay and ward off craving all day long." 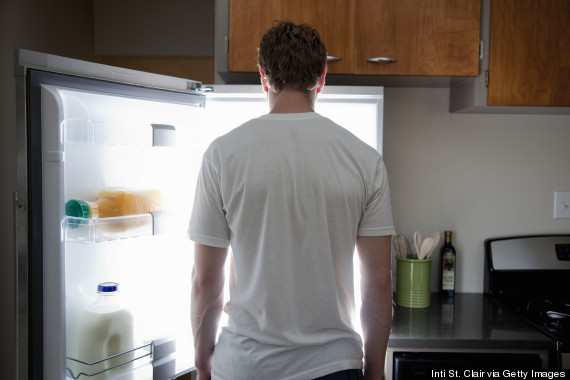 "There is no rule of thumb on what time to stop eating," says Zuckerbrot. "The body stores any calories that aren't used for energy regardless of the time those calories are eaten."

Instead: Sleep at least seven hours a night.
People who skimp on sleep are more susceptible to weight gain, according to a University of Pennsylvania study published in the journal Sleep. Researchers believe that sleep-deprived people tend to consume more calories daily than those who get a full night's rest.

Instead: Commit to a set number of weekly workouts
Fitness newbies should start with one weekly workout that combines cardio and weight training, like a body sculpting class or a session with a trainer. After three weeks, build up to two weekly workouts, and over time aim for five workouts a week. Progressing slowly wards off injury and excessive soreness that may prevent or deter you from sticking to your exercise program.

11. "I'm going to do yoga four times a week."
While yoga is a valuable part of any fitness routine, it probably won't help you lose much weight. "A typical hour-long session only burns about 200 calories," notes White.

Instead: Try a variety of workouts.
In addition to yoga, include a variety of heart-pumping workouts like walking, weightlifting, cycling, or Zumba in your fitness program to accelerate weight loss, suggests White. You could also mix things up with this workout that integrates hand weights into a yoga routine. 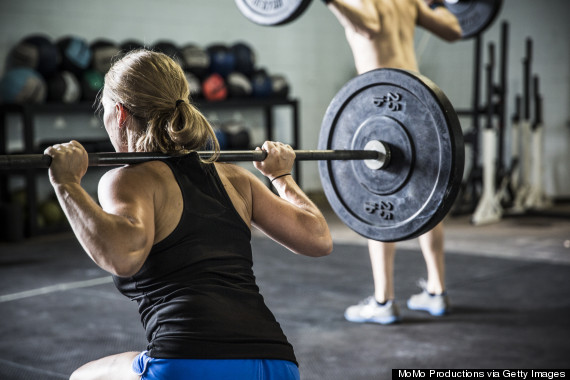 Working out two hours a day is not only boring, but it can also cause injury in newbies who aren't used to being physically active, warns White.