How I Gained It: I've been heavy all my life. As a child, I was an eater, and there was hardly a filter. My younger sister often left food on her plate after we completed our meals, and I was always happy to help her finish. I was an active child; nevertheless, I never lost weight. I do believe it was a direct result of my poor eating habits.

By the time I made it to junior high school, I was wearing my mother's clothes. Mind you, my mom's clothes were a size 10/12. I should not have been able to fit into her clothes! By high school, I was a solid size 14/16, and as I mentioned before, I've always been heavy, so I simply believed that it was "just the way the cookie crumbles".

I remained at around 185 to 190 pounds throughout college and into my early 20s.

Breaking Point: I was pregnant (and eventually miscarried) at the age of 21. I miscarried at five months, during my second trimester. I was 185 pounds when I first learned I was pregnant, and I gained a total of 40 pounds during that five-month period of time. Granted, I was never a small person to begin with, but I was tipping the scale at 225, and I knew something would have to give. There was never an explanation as to why I miscarried, but in my heart, I always knew that my weight gain was a factor. I also knew that if I ever had plans to carry a child to full term in the future, my health would have to be a priority. I continued to carry that weight on my frame for an additional three years before I finally decided I was going to take action and do something about the situation.

How I Lost It: In the summer of 2003, an acquaintance of mine at church was on the Atkins' Diet, and he was losing weight rather rapidly. I inquired about his quick weight loss, and he referred me to the Atkins' Diet. I researched it, saw that the bulk of the diet meant cutting all the carbs I was eating, and I decided I would give it a try.

I began the Atkins' Diet in August of 2003, and by the end of my first month, I'd already lost 20 pounds. I continued on, and by February of the following year, I was down to 160 pounds. I also signed up for a gym membership, and that helped me maintain my new-found weight loss for quite some time.

I went back to school in January of 2005 to begin working on my Master's degree, and by the summer of 2006, I had regained 20 pounds. This time, I knew that I couldn't go back to cutting carbs. I was going to have to learn how to eat correctly if I wanted to maintain long-lasting, lifetime weight loss. I joined Jenny Craig in October of 2007. The pitch at that time was, "Lose 20 pounds for $20, plus the cost of food." Well, I was 175 when I entered the program, and by January of 2008, I rang in the new year at my lowest weight to date: 155 pounds.

I continued maintaining that weight, and in February of 2011, my husband and I went to Jamaica with my grandparents. We spent seven weeks there, mainly in the countryside, and the lifestyle was conducive to healthy eating and constant daily activity. Without even trying, I lost 15 pounds. I returned to the U.S. that April, at my new lowest weight to date: 140 pounds.

My husband and I continue living an active, healthy lifestyle. My favorite activities are dancing, racquetball, cycling and swimming. I currently weigh 130 pounds, and I want nothing more than for my story to be an inspiration to others. Stay committed, stay focused, stay centered, stay consistent and most importantly, have fun! Losing weight doesn't have to be a chore! If I can do it, so can you! 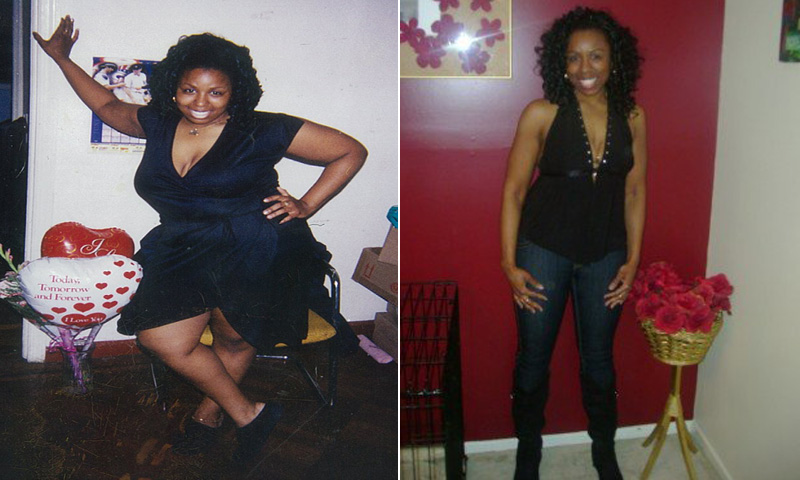