This post is part of Sophie Keller's "How Happy Is" series on The Huffington Post. This week, Sophie offers advice on your health:

Many people don't realize how large a role language plays in their ability to lose weight or maintain a healthy weight. For instance, most people have an innate fear of dying, so it is no wonder most of us struggle so hard with "die-ting." A word like that would scare even those with the best intentions in the world! The same goes for trying to "lose" weight. The word lose has a negative connotation to it. Nobody likes to "lose" anything, do they? So that's not the best choice of words. And that "weight" word . . . well, in this hypnotized, fast-food
culture, where everyone hates "waiting" and would rather have everything now and deal with the consequences later, "weighting" doesn't cut it linguistically.

The everyday language that you use is really important and can really influence your personal habits. So become more conscious of your phrasing and choose language that is positive and
enticing to help you achieve "optimum health."

The same goes for the way you communicate your intentions. How many times have you told yourself that you're going to start a diet "on Monday" or "next month" or "in the New Year"?
This sort of language that defers an action until some date in the future sends your body the wrong message. Rather than contemplating an exciting new life change, one that you could not possibly delay, as you want a healthy new you now, you imply that you're dreading this change so much that you will put it off until Monday, next month or the New Year. Success is much more achievable if you make a decision and take action immediately, and that usually happens when you are so sick of yourself, so fed up with how you feel and look, that you cannot "wait" (there's that word again) any longer and it has to happen now.

So the next time you feel motivated to change your life for the healthier, choose your word -- and your intentions -- carefully. They can make all the difference in your long-term success!

Watch How the Books Can Help You Now! from Sophie Keller on Vimeo. 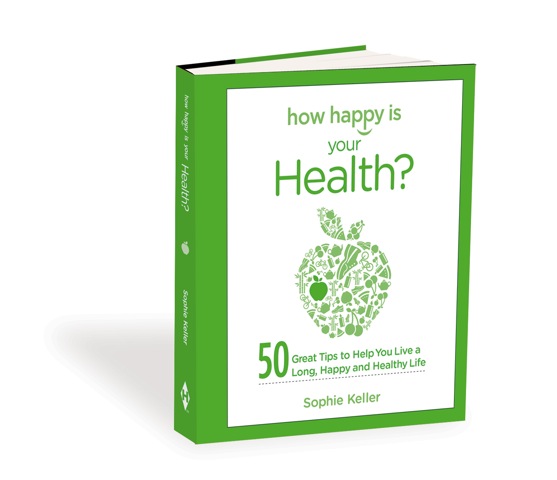 Listen To Your Body

How Happy Is Your Health?

Remember That The Little Things Count

Don't Compromise -- Do This Instead

How Happy Is Your Marriage?

What You See Is What You Get

MIx With People Whose Relationships Work

Dare To Be A Beginner Again

How Happy Is Your Love Life?