“Weird Al” Yankovic received a star on the Hollywood Walk of Fame on Monday, and he had just one request.

“I know it’s all the rage these days, but that’s not cool,” he said.

He did allow for one exception:

“Unless at some point in the future, I do something unfathomably monstrous and evil in which case, sure, fine, okay, go ahead. But anything short of that, please limit yourself to spitting and urinating, OK? Have some class, people.”

Barry Hansen, aka disc jockey Dr. Demento, was on hand to honor Yankovic.

“If more people were weird like him, wouldn’t we have a much better world?” he said to cheers.

“Al has been doing this a long, long time,” Hansen said. “He’s had a longer and more fruitful career than anyone else ever who’s ever created and performed funny music, and no one’s ever done it better.”

Yankovic thanked his fans ― including fan Dave Rossi, who spearheaded the effort to get him a star ― and called it “pretty awesome.”

“I kind of feel like this is maybe my one real shot at immortality because I know that now my name is gonna basically be here until the end of civilization, which, let’s face it, is probably like three or four months away,” he cracked, according to NBC Los Angeles.

While Yankovic is best known for his four decades of song parodies ranging from “Eat It” to 2014′s “Tacky,” he’s just coming off a successful tour that focused largely on his original music.

He told The Hollywood Reporter he’s planning his next tour and promised it’ll be his biggest yet.

“Every single show is going to be with a full orchestra,” he said. “And it’s called Strings Attached.”

Yankovic said the tour will likely take place next summer, with dates announced in late October. 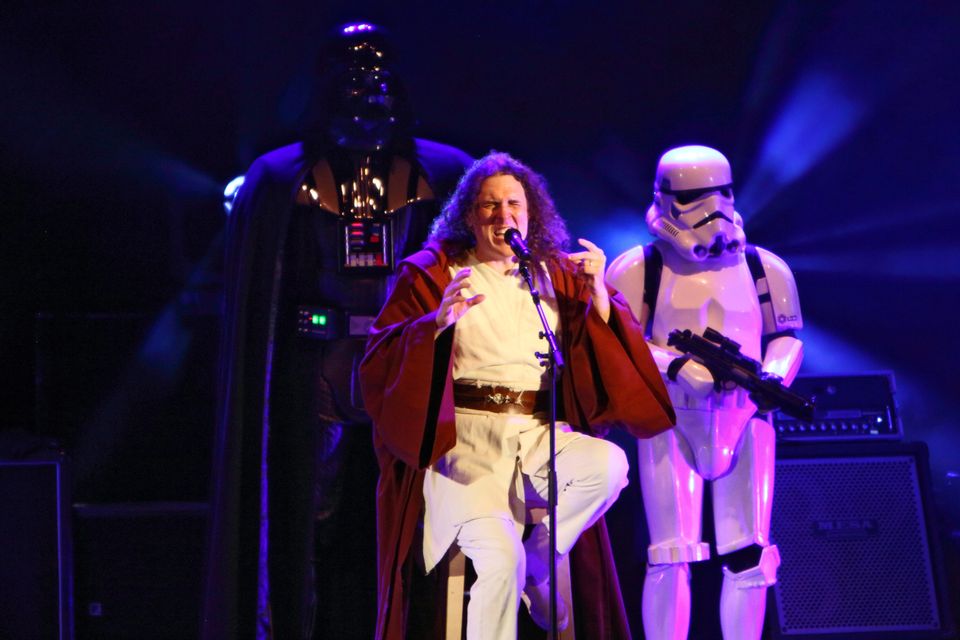