I ran across this meme the other day compliments of a friend, who shared it on social media: 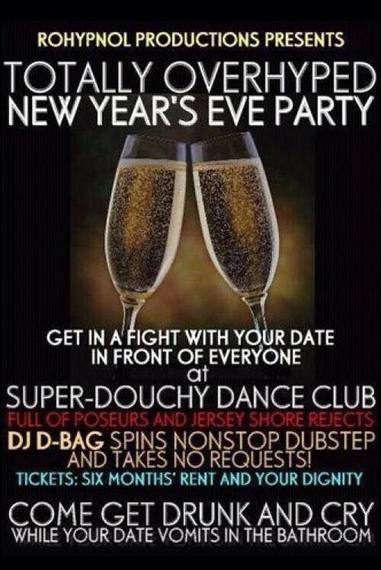 Admit it, we've all done it. This year, however, will be different. If you choose to go out, you'll welcome the new year by listening to one of your favorite bands with like-minded fans -- instead of attending some overpriced and ultimately disappointing party.

The Avett Brothers were trailblazers 10 years ago with a NYE show at Charlotte's Neighborhood Theatre. Now, everyone seems to be getting in on the idea.

Following is just a smattering of the NYE concert options happening in the Southeast and beyond. If you know of a show worth noting I failed to mention, please add to the comments. Enjoy and be safe out there!