By Hannah Martin for Architectural Digest.

Adding a dash of color -- a playful red chair or a joyous yellow accent wall -- can kick up any kitchen. Take a look at these cheerful examples from our archive, sure to get you in the mood for spring. 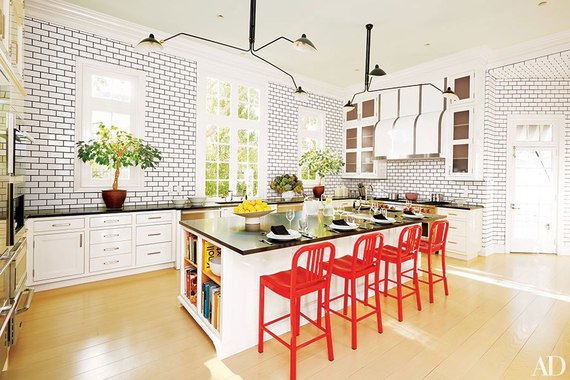 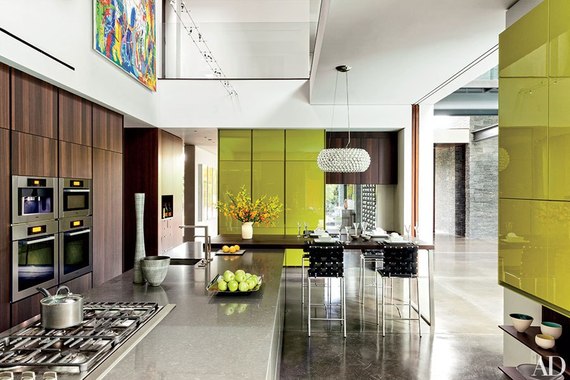 In Stephen Dubin and Brenda Ellerin's Beverly Hills home, cabinetry is made of a striking chartreuse Varenna by Poliform lacquer. 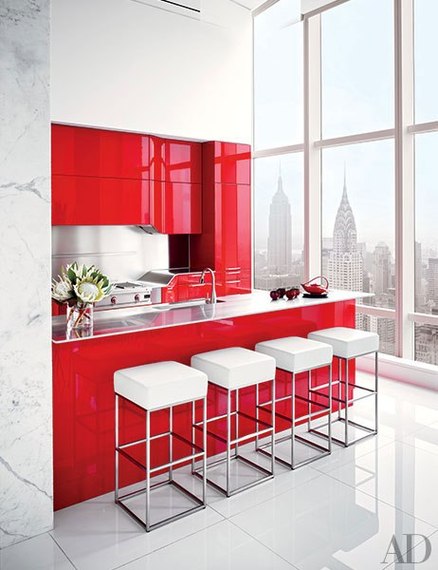 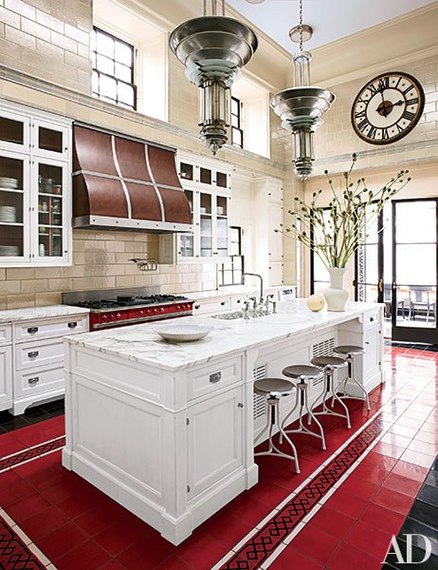 Designer Steven Gambrel amped up the kitchen in a revitalized Long Island mansion with a crimson tiled floor and a matching Lacanche range. 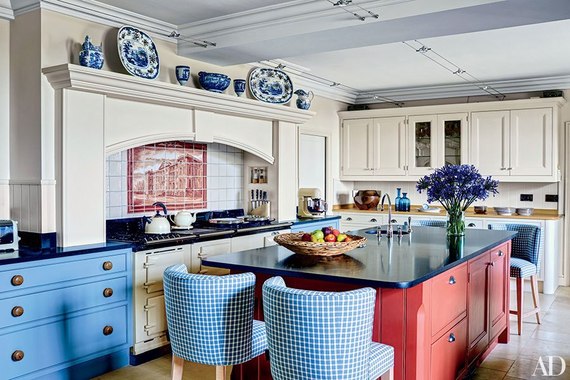 For John and Christine McSwaney's 16th-century manor in the English countryside, designer Mark Gillette made use of classic shades of blue and red, choosing a crisp Pierre Frey plaid for the barstools. 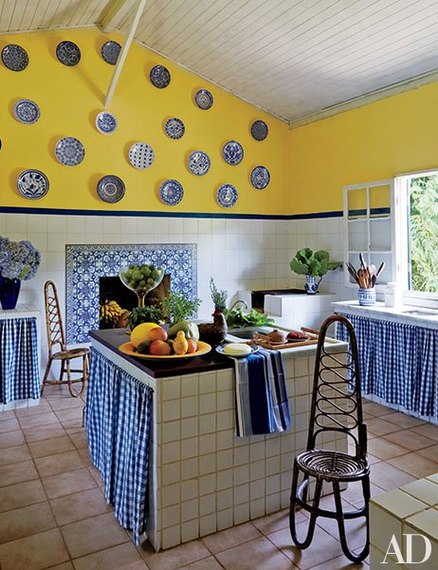 In Carlos Souza's eclectic Rio de Janeiro retreat, the kitchen's canary-yellow walls are decorated with blue-and-white ceramics, and cabinets are curtained in a Colefax and Fowler check. 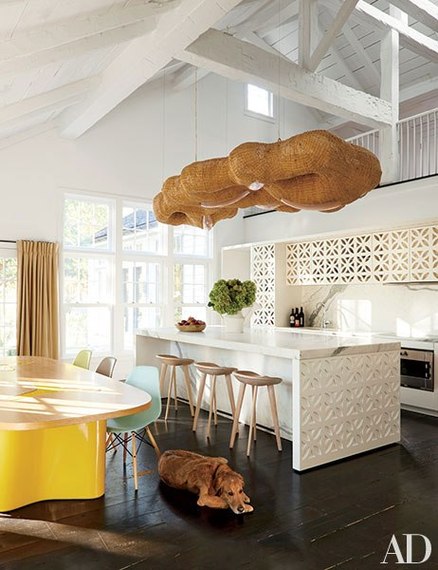 Designer India Mahdavi chose a dining table with a sunny yellow base for this Connecticut estate. 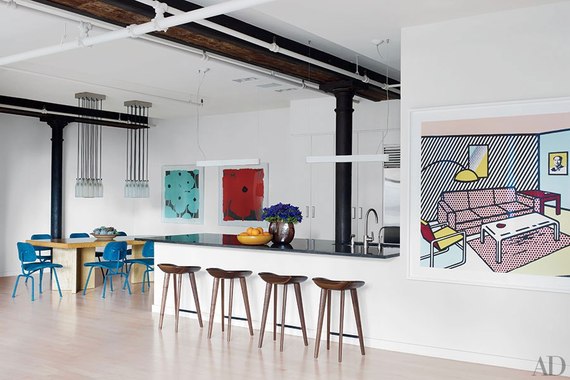 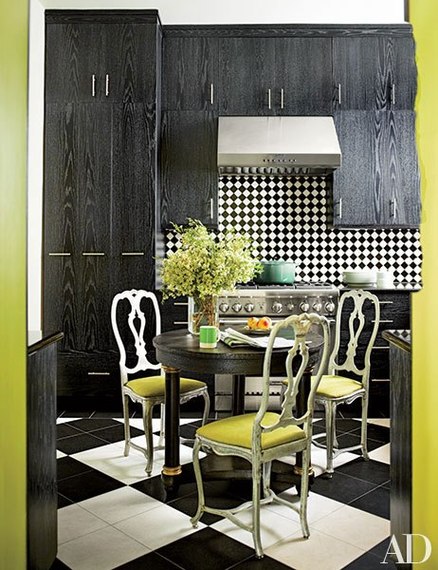 At Peter Rogers's home in New Orleans's French Quarter, a shade of apple green derived from his favorite fabric sets the tone. In the black-and-white kitchen, the cheerful hue makes an appearance in the upholstery and on the walls. 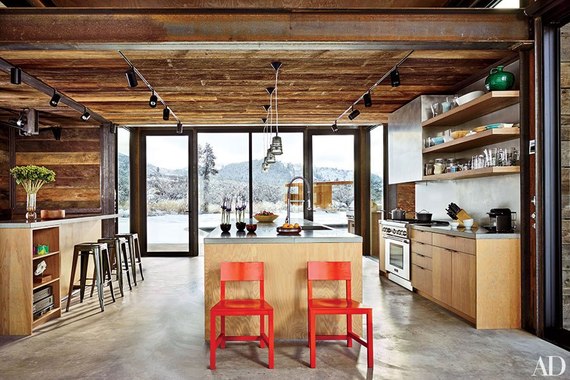