It's not often that one can find art-related news on the front page of American newspapers, except when a big time scandal rattles the status quo. In 1990, the director of the Contemporary Arts Center in Cincinnati was put on so-called "obscenity" trial for exhibiting provocative photographs by Robert Mapplethorpe. Now, Mapplethorpe's name is once again front-page news, but this time it marks a happy occasion. The Los Angeles Times reports today that the late artist's extensive archive, consisting of many thousands of photographs, negatives and letters, was jointly acquired by the Getty Trust and the Los Angeles County Museum of Art. It's safe to assume that neither of these museums will be in danger of court procedures when they decide to display some of the homoerotic images by the late photographer. What a difference two decades make. 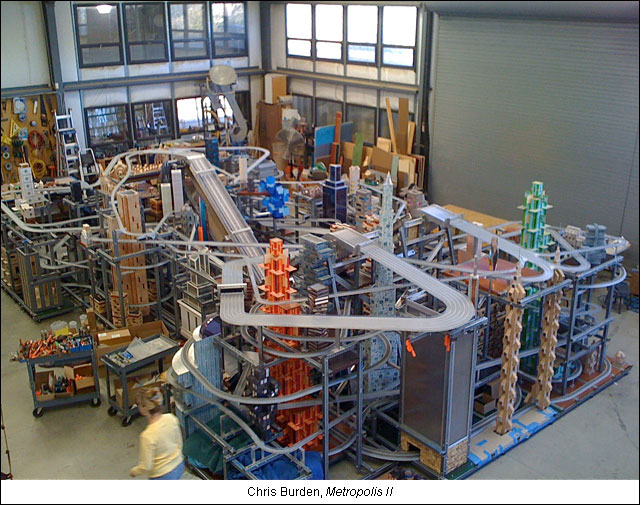 The art world is such a fascinating place: it's big and small, intimidating but, on occasions, also surprisingly cozy. Just three weeks ago, I visited the studio of Chris Burden, an internationally known Los Angeles artist, to see his newly completed, monumental sculpture, Metropolis II, on which he and a bunch of assistants had been working for several years. 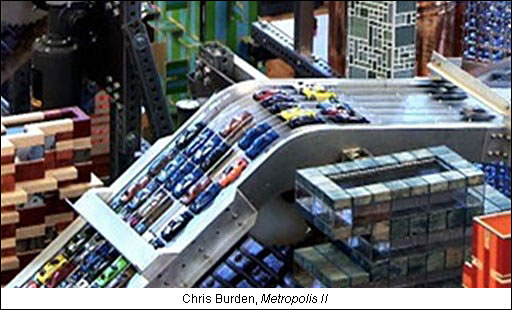 You have to see it to believe it. It is a poetic mess of L.A. freeways meshed together, with hundreds of toy cars running crazily any which way. A small crowd of invited guests -- collectors, museum curators and journalists -- roamed the studio and one couldn't help but notice happy, slightly silly smiles on their faces. Michael Govan, director of LACMA, looked especially happy and he had a good reason for that. 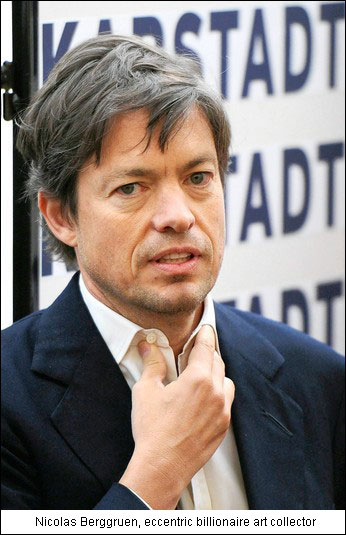 This new, amazing work by Burden was acquired by a private collector, Nicolas Berggruen, who happens to be a LACMA trustee. Berggruen is known for his rather unconventional way of collecting. Whatever he buys ends up on display in various public museums, and not as gifts but as long-term loans. For the next ten years or so, LACMA will be displaying Metropolis II, most likely on the ground level of the Broad Pavilion, where it will replace one of the two monumental sculptures by Richard Serra currently on view there. 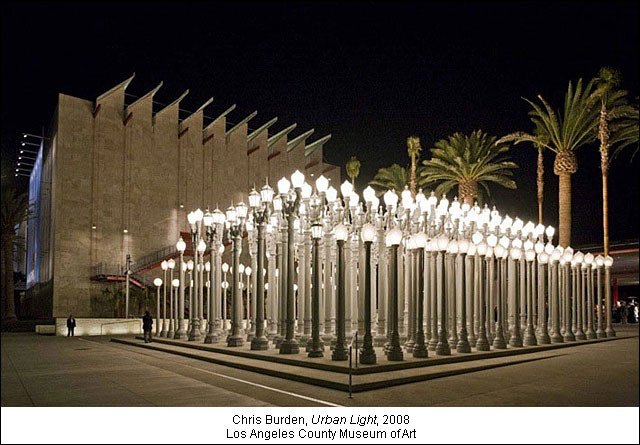 As a result we Angelenos will have the privilege to see and enjoy two major works by this great artist displayed, virtually, side by side. The other work by Burden, Urban Lights, has been gracing the museum plaza since 2008. As coincidence would have it, only four days after visiting the artist's studio in Malibu, I found myself traveling to the ancient city of Antwerp to pay homage to one of my favorites, Peter Paul Rubens. And what did I run into while walking the grounds of the Middleheim Museum, with its vast collection of outdoor sculpture? Yes, it was another phantasmagorical, unruly, gigantic sculpture by Chris Burden called Beam Drop -- a collection of steel I-beams dropped from a crane and stuck in the ground, creating a strange, aggressive bouquet of aging metal. 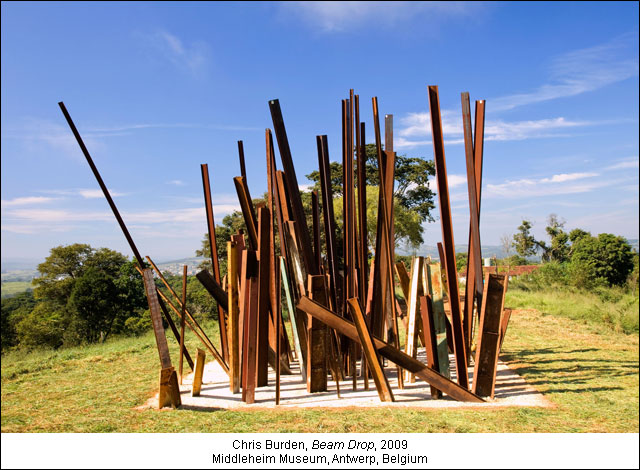 If there is poetic justice in the world then, hopefully, another eccentric billionaire-collector will step up to commission the artist to do a version of this Beam Drop for LACMA, thus creating the perfect trifecta of Burden's most seminal works for our City of Angels.