On Monday, seven runners from Boston University ran the Boston Marathon in honor of Lu Lingzi, the 23-year-old student who died a year earlier from the terrorist bombings that killed three people and injured 264 others. From all accounts, Lu had loved America. A graduate of Boston University, she was reportedly looking forward to a new life in her new country.

"She felt in love with Boston," Helen Zhao, her aunt told news reporters. "The food, the culture. She once time told me that every corner she turned looked like a picture. She loved Boston." It is doubtful that Lu's vision of America as the land of milk and honey, her version of the American Dream, ever entailed a narrative that ended in blood and gore.

But such is the contradiction of America, a country that continues to project conflicting images of itself. Think of the bald eagle emblem chosen by Thomas Jefferson to represent the United States. It clasps an olive branch in one claw and in the other, a cluster of arrows. 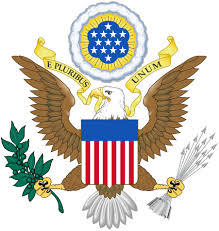 For Lingzi and many other students from Asia, America represents opportunities of the highest order. In America they hope to become filmmakers, businesswomen, high-tech firm owner, engineers. They are rarely ever prepared for the violence, for the milk and honey to go sour.

After all, America also is a place to renew oneself, achieve a higher education, and find the best opportunities in the world. It is also the destination for those who seek a full transformation. The first thing that a Japanese college student I know did when he came to San Francisco was to come out. Then he fell in love. He stopped bowing and behaving rigidly. He learned to say, without finding it awkward in English, "I love you." His parents had wanted him to come home. He desperately searched for ways to stay.

"It's so boring back home," he would tell me. "Japan is not dangerous like here, sure. No guns, sure. But boring just the same."

At a time Americans long for the reassurance of the collective, so many young Asians are fleeing the confinements of too much communal intimacy to discover themselves in America.

As a Vietnamese refugee who fled a country that became a police state under communism, however, I am under no illusion about this place. Freedom, after all, is never free. One must, and always, practice prudence and fight hard to stay free and safe.

I remember over two decades ago when a Japanese foreign student was shot and killed on Halloween night in Baton Rouge, La., when he rang the wrong doorbell. Or more recently, the story of the two USC graduate students from China who were shot to death while sitting in their car in what police suspected to be a carjacking incident in Los Angeles. So much violence has occurred to our visitors that secretary of state, John Kerry, recently postulated that the number of foreign students have dropped due to fear of our gun culture.

When I see young Asian tourists walking without paying attention to unsafe areas here in San Francisco, I worry. A few days after the Boston Marathon bombing, I remember sitting in downtown San Francisco watching three Korean tourists talking excitedly. The young women weren't aware of suspicious eyes following their expensive purses. They were too busy texting on their cell phones or taking each other's pictures.

Sometimes when I could, I'd warn them: "Don't go to this part of town at night if you want to be safe." And I warn a cousin visiting from Vietnam to not talk constantly on her cell and to keep an eye out. Once in Oakland, I warned a couple of friends visiting from China that "people died from drive-by shootings on this very block." One of them promptly took out her cell phone for an immediate selfie. 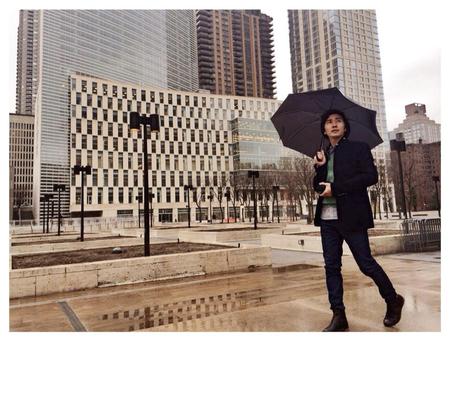 I read their zeal for America as often bordering on the reckless. And sometimes it ends in tragedy.

Two decades ago an entrepreneurial spirited friend of mine started to sell T-shirts that said, "I Survived America" to tourists after two Japanese students were killed in a carjacking incident.

So it came to pass at the Boston Marathon last year Lu Lingzi's golden dream ended in blood. But America remains alluring, seductive, and many are still coming, dreaming of the golden transformation. They still come and fall in love, despite the danger, despite the violence.

So if I were to sell T-shirts to newcomers today, I would sell those that say, "Welcome to America. A great country. Enter at your own risk."

Andrew Lam is an editor with New America Media and author of the "Perfume Dreams: Reflections on the Vietnamese Diaspora," and "East Eats West: Writing in Two Hemispheres." His latest book is "Birds of Paradise Lost," a short story collection, was published in 2013 and won a Pen/Josephine Miles Literary Award in 2014 and shortlisted for the California Book Award.