I boarded a bulletproof bus bound for Hebron, a city located in the West Bank in Isreal. Upon arrival I left behind my Israeli guide and met Mohammed, my Palestinian guide, for the first half of the day. I was on a dual-narrative tour, which offered a unique perspective into the everyday lives of Palestinians in Hebron. Both my Jewish and Muslim guide had half the day to share their city and their stories. 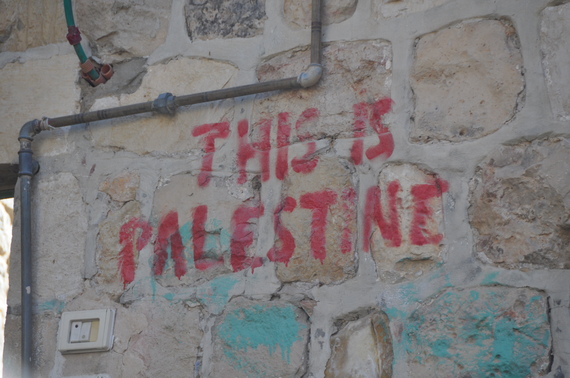 Mohammed took me to his home when we arrived. His mother poured hot tea and coffee as we discussed the history of their neighborhood. No questions were off the table and he encouraged us to ask him anything. It was clear after an hour we needed to move on since there were more unanswered questions than before we started and they couldn't be answered that day or in a lifetime.

As we left Mohammed's home we avoided Apartheid Street, a name given in protest to Shuhada Street, by the Palestinians because they cannot walk down it. We traveled into H1, the Palestinian controlled section of Hebron. We moved between the H1 and H2 checkpoints freely as tourists but for Mohammed this meant he was subject to search at any time and this was simply a part of his everyday life. 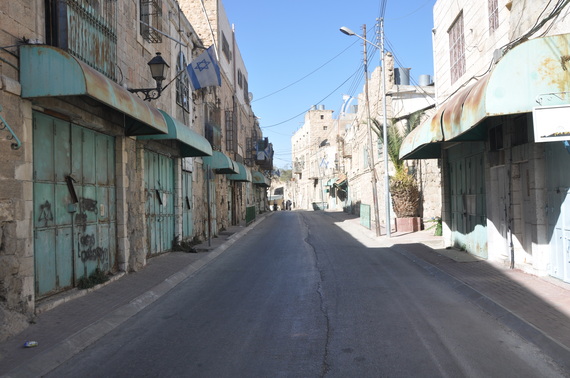 The city of Hebron offered a glimpse into scenes only available through the eyes of the media. A heavy conflict area became all too real with school children walking the line between heavily armed soldiers and their education. One school was technically outside their controlled zone but they are permitted to cross freely in order to attend.

Speaking with Palestinians in their homes, while hearing their sides of horrific stories of soldiers in the night, challenged what I thought I knew. Perhaps the stories had been embellished over the years, but one thing was clear, these people only had their families best interests in mind and want to see peace in their lifetimes. 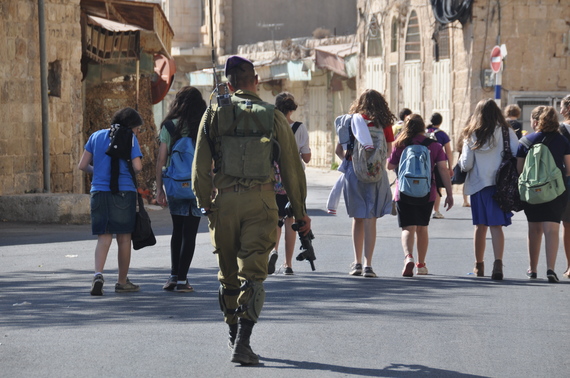 Later in the day we met up with our Israeli guide, Eliyahu, for the remaining half of the dual-narrative tour. Mohammed and Eliyahu are friends and collaborate to run this one of a kind tour. However, that doesn't mean they don't have very different perspectives. Where Mohammed saw stones and bottles being thrown onto a market, Eliyahu described the debris as fallen construction or items that hadn't moved in years.

No matter their differences they shared a collective goal and that was to find common ground. Of course there is no simple resolution to a disagreement of such enormous magnitude. The more I learned on the tour the more questions I developed in the end. 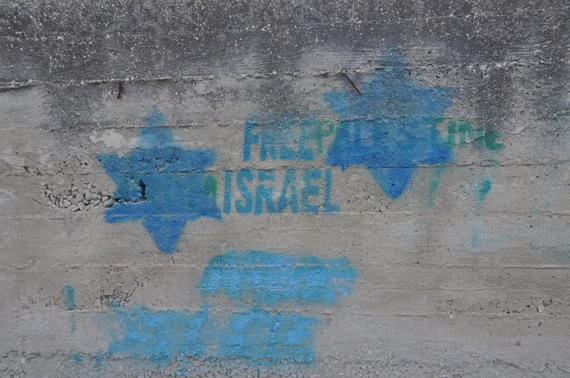 The homes of Jewish settlers divided neighborhoods, military outposts covered the rooftops, and checkpoints were part of everyday life. This city is incredibly significant place to more than one group of people. Lines drawn on a map couldn't divide the deep history in Hebron.

Perhaps the recount of the 1929 massacre that day, although tragic, is a glimpse of what could be. The brief moment in time when Arab families protected Jewish families and faith did not intervene between two neighbors. 67 Jews and 9 Arabs lost their lives that day and the stories are still told as if it was yesterday. Nothing is forgotten in Hebron. More Jewish settlers can move in, more streets can be closed, and higher walls can be built but until the walls come down from within nothing will change.

I don't have answers from one day touring Hebron but I do recommend sharing a meal with a Palestinian family and preparing a Shabbat dinner with a Jewish family at some point in your travels. A dual-narrative tour is the best way to see the city, offering two very real perspectives. For me Hebron was a unique and eye opening experience. If you make your way to Israel and the West Bank don't pass on Hebron.

See more photos from the West Bank on Triphackr.com and learn more about tours at Abrahamtours.com