The world is looking to innovation and technology as a platform for a better future.

Where will the jobs of tomorrow come from? How will our children learn, shop, enjoy the environment, engage politically and give back? At a time of the largest global migration, how can we support and integrate displaced people with jobs and a social purpose in their new homes?

We're entering an era where creativity will be integral to survival-- a time where constant re-education and reinvention will be the key to remaining relevant. Our children will have to breathe disruption, be open to all possibilities and be the constant entrepreneur.

I've traveled to the future-- I've actually lived there-- and I want to bring you there too.

Welcome to Stockholm, the creative capital of the world.

The future of business will be borderless. Music, tech, fashion and media will flow seamlessly together. The most sustainable business will happen "in between"-- in between sectors, societies and generations.

Sweden has germinated a highly collaborative future-oriented business model already. But until now no one has provided the platform and bridge from Stockholm to the rest of the world to communicate the "secret sauce" in Sweden.

Symposium Stockholm week and the Brilliant Minds thought leadership forum, co-founded by Spotify's Daniel Ek and Ash Pournouri, founder of At Night Management (the musical genius behind Avicci and other Nordic EDM phenomena) will serve as this unifying platform. As CEO for this week-long festival of ideas culminating in the two-day Brilliant Minds in Stockholm, I intend to help tell the story of Sweden and inspire the world.

We hope to challenge conventional thinking in business and society, and identify new drivers, incentives and components of modern creativity. At Brilliant Minds we will unveil the lessons of Sweden's highly successful business and life cultures and attempt to apply them to the global challenges of our time by bringing together the world's preeminent minds in an intimate, authentic and collaborative setting.

A nation with local roots and global reach, Sweden represents a vibrant symbiosis between the old and the new, tradition and history married with cutting-edge innovation and openness. Swedish values transcend borders.

When it comes to innovation, tech, gender equality, green living, collaborative and sustainable business models, Sweden has been leading the world for decades, and has formulated a new model of creativity, one that is sustainable and exponential.

"I wanted to cast an eye on how those consumption behaviors can lead to creativity thriving," Daniel Ek, co-founder of Spotify, said to Billboard Magazine June 8, 2015.

"A lot of that dialogue seems to be happening in the U.S., but if you're a technology executive and you want to see how rapidly something can get adopted, look to Sweden, which has the third-highest per capita usage of new technologies."

As ABBA's front man Björn Ulvaeus exclaimed at Brilliant Minds 2015: "When I travel abroad everyone wants to hear about Swedish music and Swedish tech. How could anything good come from such a strange place in the north?"

Well a lot of good has been coming from Sweden recently, Björn! Five billion-dollar companies have been founded in Sweden since 2003 (Skype, Spotify, Mojang, King, Klarna) - this is the highest on a per capita basis of any tech hub worldwide other than Silicon Valley as indicated by VC firm Atomico.

Sweden attracted 962 million USD in the first 9 months of 2015 alone, according to Crunchbase.

So what's in the cold, murky Swedish water that's producing all these unique creative talents? As someone who lived in the capital for nearly four years, I can testify that it is a unique amalgamation of values: collaboration, community and cutting-edge tech.

In Sweden, creativity is allowed to come from everywhere-- from the CEO to the programmers and interns-- with all ideas being honored with dignity and engagement. Less top-down ego, makes stronger internal cultures and stronger products. Entrepreneurs generally think long-term, they think global and they think in ways that create sustainable, inclusive and egalitarian business cultures."

Swedes also possess an unparalleled curiosity and thirst for the world.

Toddlers learn English, families vacation in Africa and South Asia (thanks to 6-8 weeks of paid vacation leave), students travel the world, and businesses think international from day one.

"We have an openness towards the world and what the world has to offer," said His Royal Highness Prince Daniel of Sweden at the opening of Brilliant Minds 2015.

As an American who lived and is now working with Sweden, I believe whole-heartedly that the world could be more innovative and forward-looking if it were a little more Swedish. 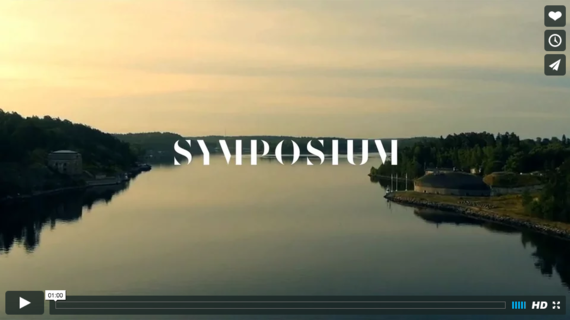 Of course, Sweden is not perfect. One thing Swedes detest is self-promotion and bragging. Luckily, they have one dedicated woman on board in the tech world to make sure they stand out!

This is the first in a series of interviews with Swedish innovators, international thought leaders and global ambassadors for Brilliant Minds, Symposium Stockholm, leading up to the event in June 2016.