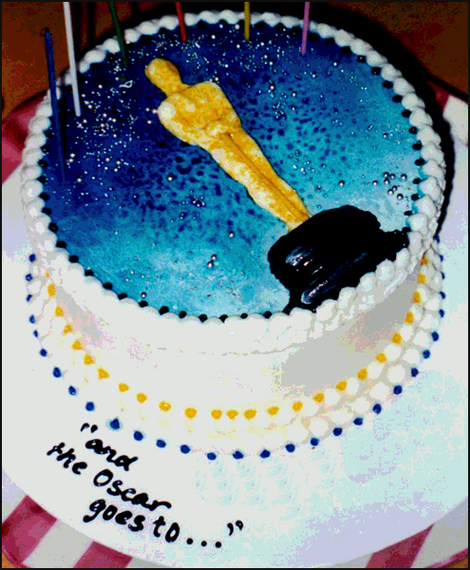 As I watch and read the usual spate of "shocks and snubs" features that can't seem to help themselves after the Oscar nominees are announced, I am once again reminded of how skewed and silly this entire awards season is. Come on...snubs?

Certainly, everyone, even those who have nothing to do with the film industry, understand the inherent value of getting a nomination much less an award, but the almost grade-schoolian response to who ultimately got pushed to the front of the line and who didn't--particularly when you're talking about a large group of incredibly talented, grown-up people--is absurd.

It's logic: there are only so many slots to fill and there is always more supply than demand. Always. So why is it always so utterly shocking to pundits, media hounds, and Oscar aficionados that this or that person or film didn't get in? It's a mathematical fact: they can't all get in!! Particularly when everyone on the list of potential nominees is at the top of their game, being pushed with comparable verve by "their people," and being voted on by other people who will choose from this list of comparably excellent choices based on their viewing and creative subjectivity. Some on that list of potentials "bests," regardless of their best-ness, will not make it to the party. It's a law of physics. It's not a snub.

This got me to thinking about the trend in schools of awarding kids willy-nilly for the most inane of things, often without much accomplishment to warrant the acknowledgment. It was something that made culture-at-large a little snitty when it first started, but it was a child development evolution that came about because parents (and some teachers ) didn't want so see any child left out of the joyful, esteem-building, experience of THE REWARD. There were lots of discussions about "confidence building" and "esteem support," and all sorts of other code words for "my child will not be left out of the prize pie, dammit!!" and so schools started giving awards for ridiculous things like showing up for roll call on time (shouldn't that be a given?), being a good citizen (again, bottom line expectation, right?), even "best recycler" (okay, that's a good one to encourage...). The whole notion of working hard and doing something spectacular, even extraordinary, to win awards was lost in the shuffle of making sure no one was left out. A nice intent, but some believe that formula has created generations of children with slightly out-of-whack senses of entitlement. I dunno. I just think it's silly to jump up and down every time a person does the very least that's expected of them.

Which brings us to the whole culture of award giving. I've seen stars get up after winning an award to say, "Finally!" as if, somehow, this was always theirs to claim, it was just the dunderheads doing the voting that hadn't stepped up. Until now, that is. Finally. There's a lack of graciousness in that, a missing jolt of creative gratitude; a message that awards are expected, planned for, part of the project's, or the person's, agenda.

Even lately, people are posting Philip Lord's Tweet of a Lego-constructed Oscar statue with the line "It's OK. Made my own," which is being followed by mournful Tweets of commiseration at that movie's lack of a nomination, And while, yes, this could be interpreted as wistful, it also conveys a slightly cringe-worthy, "I should have been picked!" sense of entitlement. Sorry if that's harsh, and maybe Philip doesn't mean it that way, but come on! There were LOTS of good animation films, and--again--they can't all get in. Move on, sincerely applaud those who got nominated, hold your head high with the knowledge that you made a great film that people liked, and go make another.

The point of art, of creativity, is the art. It is not the angling for awards; it's to make art because one is compelled to make art. If you're a true artist you make the art you're moved to make regardless of trends and predictions, you stay true to your vision and mission statement, and if, at the end of that process, you've created something for which people want to give you an award, bonus! You are honored and delighted. But it's not entitled.

Did those who were not nominated get snubbed? NO. For God's sake, no! I can think of a whole slew of incredible work in every field of the arts that is so deserving of award recognition and didn't/won't get it for one reason or another, and that does not diminish the quality of the work. It does not make it less than those who do get the nomination or the award. It only means the publicity people, the promotion and marketing people, whoever the hell it is that makes it their job to grovel for award attention, either isn't employed by that person or project, or hasn't been as effective as others doing that same bizarre job. Or that voters simply have different tastes and sensibilities. And, again, it's a matter of numbers anyway.

And let's be frank: there have been awarded films and participants who, years later, didn't stand the test of history and somehow, now, seem far less deserving than they did at the time. Conversely, there is unawarded work that has sustained so marvelously one can't help but wonder how awards weren't bestowed back when.

If we've learned anything from American Idol, The Audience Choice Awards, or the Sexiest Man on Earth, it's that awards are crazy, unpredictable, biased, completely subjective, probably unduly influenced, and ultimately not a barometer of "best," but rather a barometer of who wrangled the most votes. That's it. To get where one needs to get to even be considered for an award is the prize.

But, really, it's the artists who create honest, authentic work with no thought of awards who are truly the best. They are who I will always applaud, regardless of who ultimately picks up the coveted golden statue.

Follow Lorraine Devon Wilke on Facebook, Twitter, and Rock+Paper+Music. Find details and links to her other work at www.lorrainedevonwilke.com and her Author Page at Amazon, watch her book trailer HERE, and be sure to follow her adventures in independent publishing, including news about the launch of her new book, Hysterical Love on April 7, 2015 @ AfterTheSuckerPunch.com.