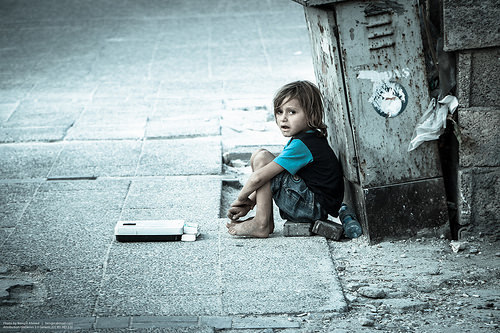 Cities reduced to rubble. Families in a race against time, rushing towards safety before a razor wire fence blocks their escape. A child washed up on the beach, drowned in his family's attempt to flee certain death in the war zone that was once their neighborhood.

Stories and images of the Syrian refugee crisis have flooded the news, confronting us with the heartbreaking reality of a humanitarian disaster. Yet for all of the graphic awareness and the sympathetic hand-wringing, the international community's response to the crisis has been grossly inadequate. America's response is no exception: out of 4 million Syrian refugees, the United States has accepted fewer than 1,000 for resettlement within its borders. This is a mere drop in the bucket--far less than what our capacity permits and our moral responsibility demands.

The United States is among the wealthiest nations on earth, and has the largest resettlement program in the world.

The United States is a society of immigrants whose national mythology proclaims commitment to welcoming desperate people in need of a new start: "Give me your tired, your poor, Your huddled masses yearning to breathe free, The wretched refuse of your teeming shore. Send these, the homeless, tempest-tost to me, I lift my lamp beside the golden door!" So read the words inscribed on the Statue of Liberty.

The United States has contributed to the violence in Syria through military and political involvement. The Syrian people have suffered under U.S. sanctions for decades, and when these sanctions intensified in 2011 following Assad's brutal crackdown on protestors, Syrian poverty intensified along with them. The U.S. military also provided combat training to Syrian rebels, and, once the civil war was underway, "light arms," cash, and "non lethal aid" to opposition fighters--enough support to continue the bloody war of attrition with government forces, but not enough to place them at a decisive advantage against pro-Assad forces.

Finally, the United States is a nation which prides itself on its Christian heritage, and a nation in which the vast majority of people--including elected leaders--self-identify as Christians. If Americans in general should be welcoming Syrian refugees with open arms, then American Christians ought to be the ones at the forefront of these efforts.

Responding with compassion to strangers in need is core to the Christian faith. The Hebrew Scriptures are the narrative saga of a refugee people. Jesus himself became a refugee when he fled with his parents as a toddler to escape genocide under Herod. The New Testament is full of the stories of early Christians who were forced to flee from one place to another to escape violence.

Numerous times in Mosaic Law and in the words of the prophets, Israel is commanded, "love the alien as yourself, for you were aliens in the land of Egypt" (Leviticus 19:34). Jesus then builds on this longstanding tradition by declaring in Matthew 25 that whenever we welcome the stranger, caring for her in her hunger, thirst, sickness, and poverty, we are welcoming Jesus himself. He also makes clear that when we fail to respond to those needs (or even to notice them in front of us), we are turning our backs on the very God we claim to follow.

In the midst of the worst refugee crisis since World War II, those of us Christ followers who live in a peaceful and prosperous country have a responsibility both to advocate for more refugees to be granted asylum in our nation, and to walk alongside them after they arrive. Through refugee sponsorship, volunteering with private resettlement agencies, and providing practical support as they navigate a new environment, we can put the gospel into action. Imagine what would happen if churches across the country were willing to house refugees, drive them to doctor's appointments, show them around the grocery store, tutor them in English, help them register their children in school, and become the extended family network they need. Imagine what would happen if we recognized Jesus in these strangers from a war-torn land, and we banded together as a community to welcome him into our homes and our lives.

Fewer than 1,000 refugees out of 4 million. We can do better than this, and we must--because the lives of some of the world's most vulnerable children, women, and men depend on our willingness to welcome them into the safety of our borders and help them to build a peaceful future for themselves and their families.

May we have eyes to recognize Christ in the distressing disguise of the refugees before us, and may we have the moral courage to welcome him home.