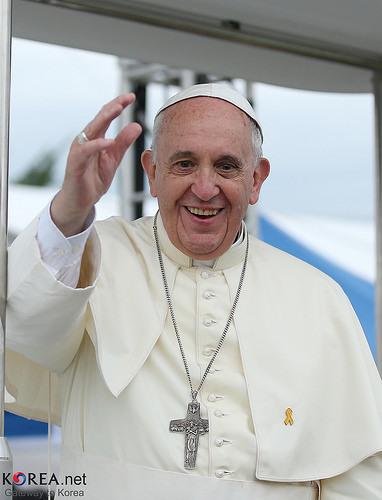 A holy man from Rome has arrived in our nation's capital. It reminds me of another holy man long ago who entered a great city of commerce and power and was met by cries of "Crucify Him!" We can hope that Pope Francis will receive a warmer reception from Congress, but, things could slide sideways rather quickly if he practices his usual habit of speaking truth to pride, power and prosperity. 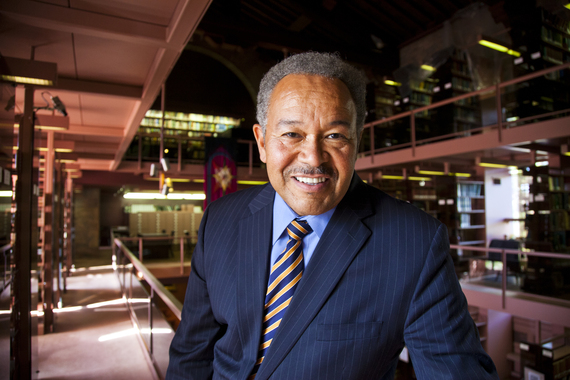 What a man. He is the guest whom we are thrilled to welcome into our home but terrified by the consequences thereof. What might he say? How much damage will he do? The pope's message is neither popular nor apolitical. Indeed, the holy man cometh with a political gospel that could rock the Washington Beltway and all four corners of the nation.

The pope's message of inclusion and equality for all, that all people deserve a right to live in dignity, stands in contrast to the creed of self-interest that has gripped the USA like a serpent around a tree. We live in a world of skepticism and moral fatigue, where often Americans are moved to action when they are first impacted in their pocketbook.

Our malaise underscores why the pontiff's visit is so important. America is deeply polarized along partisan, race and class lines. History suggests that in times of stalemates moral leaders can break the impasse. Mahatma Gandhi did it in India, Nelson Mandela in South African and Martin Luther King and Rosa Parks in the Deep South.

The pope, through his "Francis Effect," can inspire Americans to recognize the values, policies and practices that can truly make our nation secure, prosperous and worthy of moral imitation.

In 2013, he published his first papal letter or "apostolic exhortation" titled Evangelli Gaudium (The Joy of the Gospel), a 51,000-word document that elaborates, among its many topics, his conviction that the social inclusion of the poor is a source of religious joy. Boy, we don't hear that often.

He pronounces judgment (or says "No!") to several habits Americans hold dear including: an "economy of exclusion," the "new idolatry of money," a "financial system that rules rather than serves" and the "inequality that spawns violence."

The pope is telling us that the love ethic at the core of all expressions of authentic faith requires us to see all people, including those living in poverty, as neighbors worthy of inclusion and fair treatment or justice. If we take him seriously, it means that people who work should find dignity in their labor, not continued poverty and dependence.

Congress will have an opportunity to respond to the pope's words. I would urge them to consider enacting policies that dignify work. An increase in the federal minimum wage is a good place to start. We see more and more communities raise their local wages, and the movement continues to increase the minimum wage to $15 an hour with cities such as Seattle and Los Angeles leading the way. Families are struggling to get by, often deciding if they can afford to put enough food on the table on a given month or pay the electric bill. That's no way to live. People need a living wage.

The pope can lead the way for America's more than 350,000 houses of worship, which have enormous moral and spiritual authority. Wouldn't this be a good time for them to utilize it on behalf of the least advantaged members of our great nation?

When Pope Francis passes through D.C., he may pass by the monument on the National Mall to Dr. King. I think the two would resonate as soul brothers. King also spoke words of tough love to this prosperous nation with millions of poor people. He said, "The church must be reminded that it is not the master or the servant of the state, but rather the conscience of the state. It must be the guide and critic, and never its tool. If the church does not recapture its prophetic zeal, it will become an irrelevant social club without moral or spiritual authority."

The pope has arrived with enormous moral and spiritual authority. May we heed one who brings a message of hope, truth-telling, inclusion and, maybe even, joy.

Robert Michael Franklin is the James T. and Berta R. Laney Professor in Moral Leadership at Emory University and a member of the "Putting Families First" Advisory Council at the Center for Community Change.