They've been compared to "wild animals" by political candidates, scrutinized for simply buying seafood -- as "The Daily Show" humorously pointed out -- and would have to pee in cups to prove that they're drug-free if some lawmakers had their way.

But for all the anecdotal horror stories about people abusing the welfare system for personal gain, the numbers tell a different story.

Below is a graph created by The Atlantic using numbers provided by the U.S. Bureau of Labor Statistics' Consumer Expenditures survey of 2011 -- the most recent year for which data are available.

With household budgets like these, public assistance recipients clearly aren't abusing the system to live lavishly -- they're trying to make ends meet. 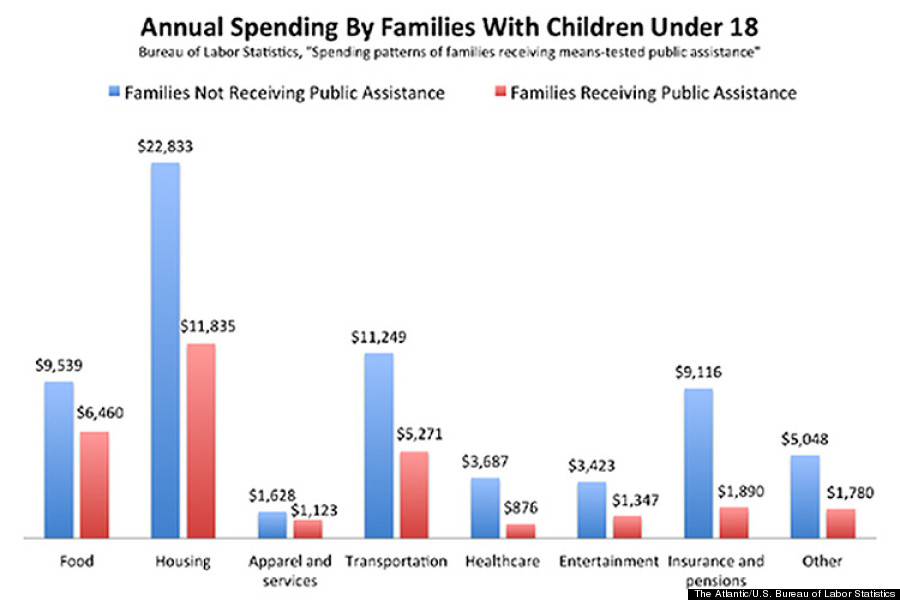 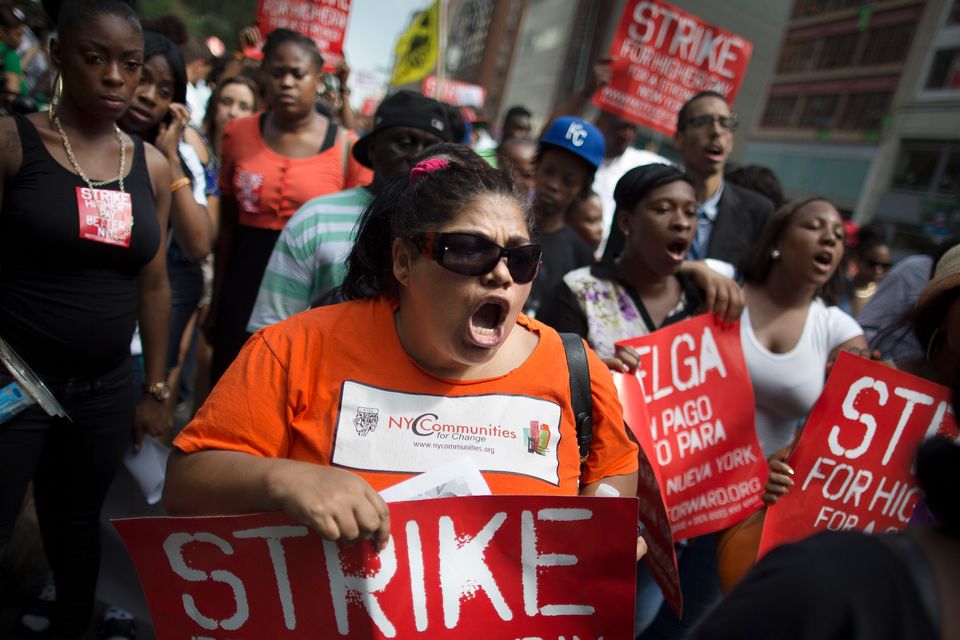