How do people who benefit from the government's safety net programs spend their money? If you based your understanding on some of the recent Republican proposals to reform those programs, you might think being on public assistance is a righteous party.

However onerous the reality of being on welfare may be, Republicans in the U.S. Congress and in state legislatures around the country seem bent on portraying welfare recipients as having a lavish and leisurely lifestyle on the government's dime.

Here is what a welfare recipient's day looks like through the lens of recent Republican proposals to reform the Supplemental Nutrition Assistance Program, better known as food stamps, and Temporary Assistance for Needy Families, the program most commonly described as "welfare." These lawmakers sometimes base their proposals on anecdotes, sometimes on documented instances of benefits being spent in questionable ways -- but always on the idea that poor people shouldn't be having any fun at the taxpayer's expense.

Surf and turf for breakfast.

"I have seen people purchasing filet mignons and crab legs with their EBT cards," Brattin explained to The Washington Post. "When I can't afford it on my pay, I don't want people on the taxpayer's dime to afford those kinds of foods either."

SNAP distributes benefits on EBT cards to 46 million Americans. These benefits can be used for any food product as long as it isn't a hot prepared meal, so steak and seafood are eligible items. Still, Brattin's bill isn't going anywhere.

Then some actual surfing.

In 2013, Fox News ran several segments on Jason Greenslate, an unemployed San Diego surfer who bragged about receiving food stamps. He became known as the "food stamp surfer" after footage showed him buying sushi and lobster with a SNAP debit card.

Greenslate became a poster child for Republicans in the House of Representatives, who highlighted his story in their efforts to reimpose limits on how long able-bodied adults without dependents can receive SNAP benefits.

"You can no longer sit on your couch or ride a surfboard like Jason in California and expect the federal taxpayer to feed you," Rep. Tim Huelskamp (R-Kan.) said on the House floor in 2013.

The time limit on SNAP benefits, a feature of the 1996 welfare reform law, had been waived in almost every state because of high unemployment rates caused by the Great Recession. House Republicans at the time were seeking to reinstate the limits. They didn't immediately get their way, but since then, many states have independently reimposed a three-month time limit on benefits for able-bodied adults with no dependents, resulting in thousands of people being dropped from the program's rolls.

Able-bodied working-age adults without dependents made up just 10.5 percent of all SNAP recipients in 2013, according to the most recent data from the U.S. Department of Agriculture, which oversees the program.

During a speech about out-of-control federal spending on the Senate floor in 2013, Sen. Dan Coats (R-Ind.) lamented some eyebrow-raising alleged food stamp purchases.

"Every day we hear of reports of food stamps being used to pay for beer, cigarettes, cell phone bills and even cars," Coats said. "That hardly needs to be mentioned because it is something we have come to understand -- there is a lot of misuse of tax dollars."

While food stamps can only be used for food, a SNAP recipient could sell their EBT card and use the cash for illicit purposes. Still, the average SNAP benefit is only about $125 per month per person, so it would have to be a pretty cheap car.

Mid-morning seance with a psychic advisor.

In 2014, Alabama passed a set of bills placing new restrictions on TANF benefits, including one that prohibited recipients from spending benefits at any businesses that provide psychic services. Since then, other state legislation has targeted the use of benefits for fortune-telling and related services.

Nationally, TANF serves about 1.5 million families. It's unclear how many are using their benefits to pay their spiritual mediums, but if you believe these psychics in Kansas, it's probably not very many.

"I’ve been at the convenience store many times -- the amount of nachos and soda that’s being purchased by kids with their parents’ EBT card, I think it’s time to say no to that," Wisconsin state Rep. Dean Kaufert (R) said in 2013.

Both Republicans and some Democrats -- along with, most notably, former New York Mayor Michael Bloomberg, an independent -- have proposed restricting SNAP purchases of junk food. Under U.S. Department of Agriculture rules, Congress is responsible for adjusting the definition of allowable foods in the SNAP program. Federal lawmakers haven't yet jumped on the bandwagon, though.

A trip to the casino for some afternoon gambling.

Time to do some drugs!

“We must ensure that our tax dollars do not enable the continuation of a drug addiction," LePage said in a press release in August, in which he first announced the initiative. “TANF is a short-term benefit that assists families and children with the basic necessities. If someone tests positive for drugs, they are clearly putting their addiction ahead of their family’s needs."

Maine is one of at least a dozen states considering a drug testing program this year. In addition, twelve others have already enacted drug testing initiatives since 2011, according to the National Conference of State Legislatures. The trend reflects broader conservative concerns that recipients of public assistance are more likely to be drug users. However, since then, very few TANF recipients have tested positive for drugs, suggesting that these stereotypes are false.

Last fall, the House of Representatives approved the "Needs Not Weed Act" to prevent welfare recipients from using their cards at ATMs in legal marijuana shops in Washington and Colorado.

While these withdrawals were indeed taking place at marijuana dispensaries, according to a February report by KDVR, the idea that such abuses of the system are widespread and substantial stems from the same conservative concerns about welfare recipients.

Shopping spree at the mall.

First, a trip to buy some lingerie, then a couple rounds of Dance Dance Revolution at the food court arcade. Later, a pedicure followed up by a new neck tattoo.

Under emergency welfare restrictions passed in Louisiana last year, benefits can't be used at lingerie shops, video arcades, nail salons or tattoo parlors, among other locations. The regulations were announced after a local news station reported on a south Louisiana lingerie store that had posted a sign saying it accepted EBT payments.

Recipients of public assistance never get tired of crab legs, or at least that's the sense you get from lawmakers' constant complaints that SNAP benefits are being spent on the delicacy.

In 2013, for example, Rep. Louie Gohmert (R-Texas) took to the House floor to tell a story about a constituent in a grocery store who had seen another grocery store patron purchase king crab legs with food stamps.

In Kansas, welfare recipients will soon no longer be allowed to use their benefits on cruises or on cruise liner ATMs.

Though Kansas lawmakers had evidence of TANF benefits used at ATMs in liquor stores and tobacco shops, the cruise ship ban may not have been based on real-life evidence. 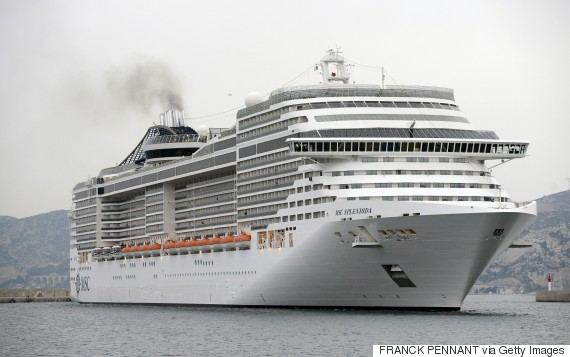