"I kept doing the body scan to feel calm," a fifth grade student explained to my colleagues as he recollected coping with a stressful situation at home. A "body scan" involves checking in with your body and noticing how it feels in the present moment. There's no action required other than observing experiences as they unfold.

As a neuroscientist applying the insights of my center's research to the real world, including in classrooms, I hear similar stories from people of all ages expressing a desire to calm their minds, to take baby steps to reduce negative emotions, improve well-being and respond with resilience to factors outside of our control. In this case, a student took a practice he learned in school, saw the value in it, and called on it as a coping skill during a moment of adversity.

This example is one of many that demonstrates the need to shift our thinking about well-being from a static "thing" to a set of skills that can be learned and cultivated over time -- a notion supported by a growing body of scientific evidence I've outlined as an author of this year's World Happiness Report, alongside expert authors Jeffrey Sachs, John Helliwell and Richard Layard, who contributed sections on economics and well-being.

Suffering -- a key detriment to well-being -- can, in many cases, be out of people's personal control, whether it's the millions who are starving or live in war zones or in places that harm health.

"Exercising our minds should be approached much in the same way we exercise our bodies."

Yet in addition to these forms of suffering, we've found that our thoughts can also be a source of enduring suffering in both the mind and body.

If we take a step back and conduct a "global body scan" -- simply observing what's there -- we're faced with the reality that mental health and behavioral disorders result in more than 180 million disability-adjusted life years globally per year (one unit equals losing one year of healthy life or living two years with a 50 percent disability).

Indeed, we have an uphill battle on our hands, but we're at a point where scientific understanding can produce real change in people's lives. I believe that exercising our minds should be approached much in the same way we exercise our bodies.

In the report, Brianna Schuyler and I hone in on our neuroscientific research and that of colleagues around the globe. Although the name of the report focuses on "happiness," we chose to expand the focus to include well-being, because many psychological definitions of happiness suggest a transitory state. For instance, a person can experience sadness as a response to a tragic situation and respond in a context-appropriate way with sadness, but still have high levels of well-being. Similarly, someone can experience moments of happiness, yet still have low levels of well-being.

We're offering four key constituents of well-being grounded in neuroscientific research that are not typically included in most scales and measures. Evidence suggests mental training and learning skills in these areas can make a difference in improving well-being and even rewire areas of the brain.

In studies examining the brain's response to positive images (for instance, a mother embracing her infant), we found that people with more sustained levels of activity in the ventral striatum, an area linked to positive emotion and reward, report higher levels of psychological well-being and display lower levels of cortisol (a stress hormone that's good in moderation, but problematic in excess). In another study, we discovered that prolonged marital stress was related to a decreased ability to sustain positive emotion in the brain, which we think might create a susceptibility to depression.

2. Rebounding from negative emotion. The second component of well-being that we focus on is a person's response to negative emotion. Science in this area suggests resilience, or how quickly a person recovers from adversity, can result in a person experiencing less negative emotion overall and may even have protective properties against mental health disorders.

But for some with depression who "can't shake that feeling" after a negative experience, areas in their brain related to strong emotion remain active longer after the negative event has ceased. The same has been found in individuals with higher levels of neuroticism.

When it comes to building skills in this area, we found people with a greater purpose in life (based on a questionnaire) show increased resilience and greater well-being. If we can find ways to cultivate purpose, we may also promote well-being. There's also promising evidence suggesting certain types of mental training to help cultivate the skill of resilience and facilitate more rapid recovery from negative events.

3. Mindfulness and mind-wandering. As the flurry of media attention to the topic of mindfulness attests, mindfulness-based practices of all types have now entered the mainstream. Data show that when people are really focused on what they're doing, and their minds are not wandering, they actually feel better about themselves. Studies show that mindfulness -- being in the present moment -- can lessen our tendency to want and desire things we don't have. The popularity of mindfulness meditation has resulted in a variety of resources to cultivate and practice the skill on one's own via healthcare programs, online apps and local meditation communities. Arianna Huffington's "Thrive" offers much on this topic from a first-hand experience.

4. Caring for others. Prosocial behaviors such as empathy, compassion and gratitude comprise another component of well-being. There's substantial evidence to suggest that engaging in acts of generosity is a very effective strategy to increase well-being. I call it a double positive whammy because, by being generous to others, you benefit them and yourself. Studies, including one from our lab, show that compassion training -- a form of meditation in which one generates positive wishes for another being -- primes a person's ability to empathize with others and to engage in pro-social behavior aimed at decreasing others' suffering.

We're only just beginning to understand how the mind works and how it shapes the human experience, but there's a growing understanding -- and resources -- to allow us to take control of our minds and of own well-being.

Will you take control of yours?

PHOTO GALLERY
11 Scents That Can Do Wonders For Your Well-Being
Download
Calling all HuffPost superfans!
Sign up for membership to become a founding member and help shape HuffPost's next chapter
Join HuffPost 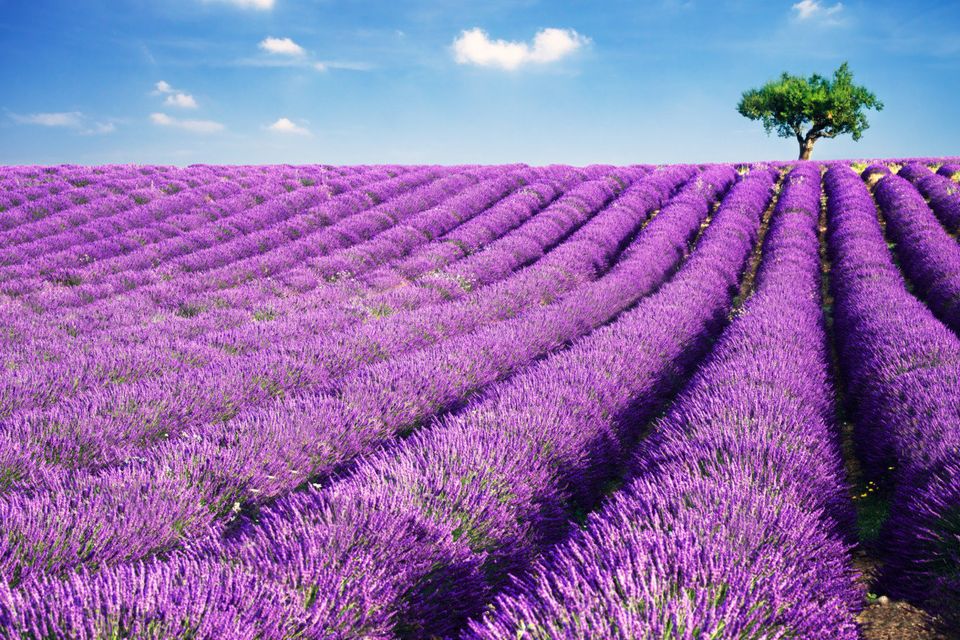 1 / 11
Lavender can help you sleep.
As a go-to scent for relaxation, lavender can help calm the mind and body almost instantly. But perhaps its most useful benefit is its ability to help treat insomnia in students. In a study of 42 college women, research found that the fragrance effectively eased sleep problems and depression in the participants. Next time you're having trouble getting your shuteye, try turning to the soothing scent for a little help.
Gettystock