It wasn't until our random introduction to the Squatty Potty earlier this year that we learned something was amiss with the way we use the toilet. A new creation by Central Saint Martins University graduates Pierre Papet, Victor Johansson and Samuel Sheard confirms our suspicion, and aims to "upgrade our current 130-year old flush toilet for better health and environment," according to design site Tuvie, where we spotted the next-generation loo.

The Wellbeing Toilet, as its called, is designed to enhance the position of your body (and ultimately how you get rid of bodily waste) by enabling you to squat rather than sit. 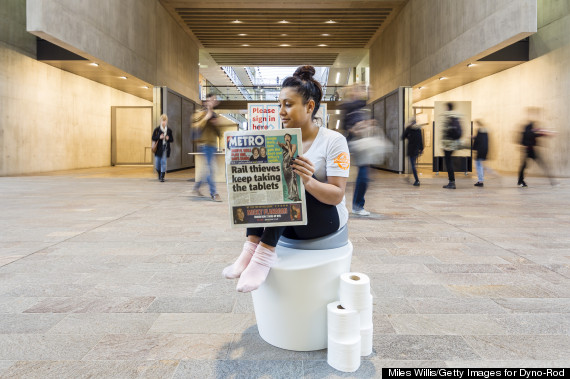 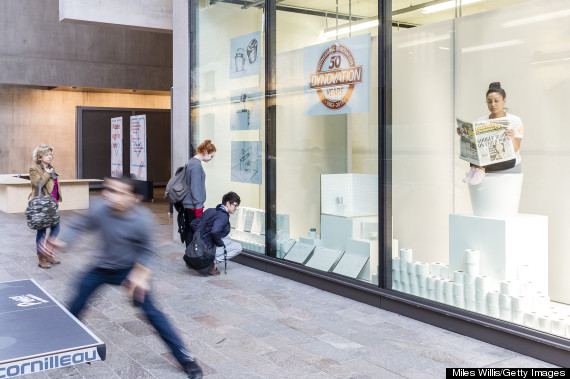 While still in the prototype phase, the toilet, which was created in partnership with plumbing and drain company Dyno-Rod, draws on long-standing research that shows how bathroom posture affects our health. According to Bockus's Gastroenterology, a standard medical text from 1964, "the ideal posture for defecation is the squatting position, with the thighs fixed upon the abdomen," Slates's Daniel Lametti noted back in 2010.

Since then, small business ventures like the Squatty Potty and this latest gem have attempted to launch a squatting revival.

Check out more on how the Wellbeing Toilet aims to accomplish that goal and these 14 other things (besides pooping) that you're probably doing wrong everyday.

The Most Extreme Toilets
More:
huffpost home
Newsletter Sign Up
An essential daily guide to achieving the good life
Subscribe to our lifestyle email.
Successfully Subscribed!
Realness delivered to your inbox