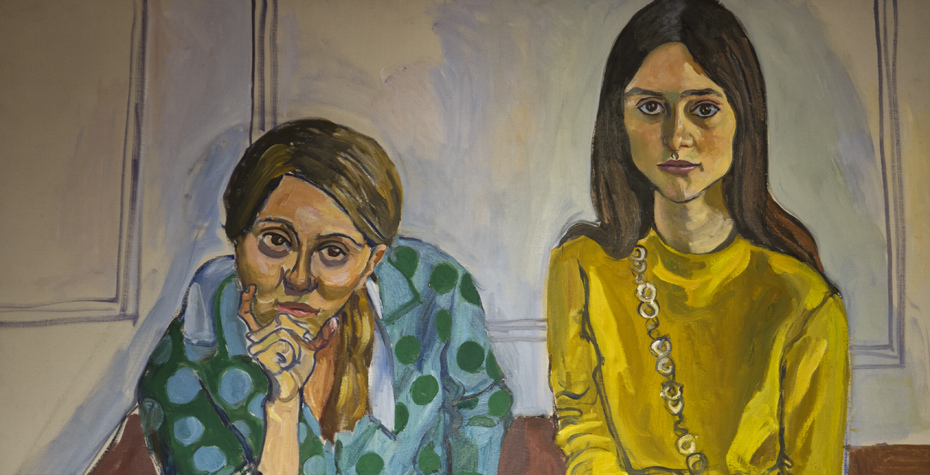 Sebastian Smee, Boston Globe art critic, winner of the 2011 Pulitzer Prize for criticism, put it best when he described the painting as, "intensely awkward yet almost casually virtuosic, it's one of those rare portraits that creates a real psychological itch, one that can be satisfied only by more looking." The portrait is one of my favorite paintings hanging in the Davis Museum. Like Smee said, you just can't stop looking. While the Davis has an impressive collection featuring artists from Pollock to Monet, Neel's portrait of "Wellesley Girls" fascinates me. 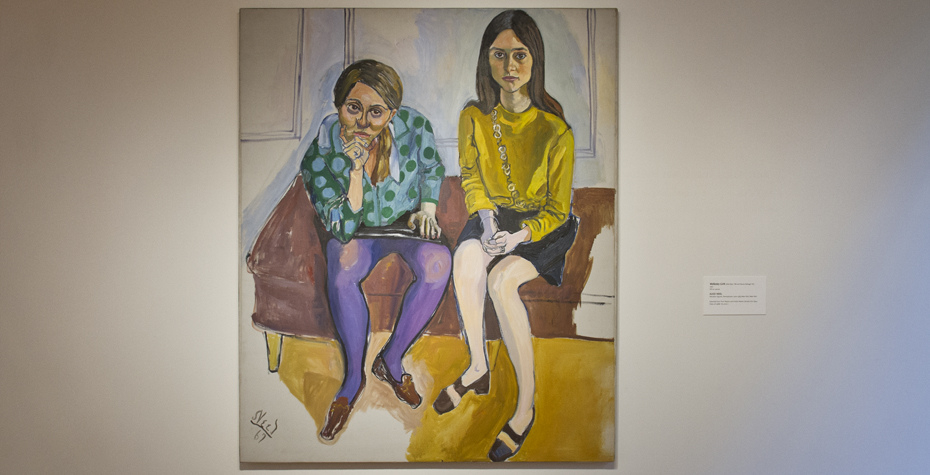 To the right is Nancy Selvage, the image Wellesley is often associated with. Selvage is dressed for a professional day of work. She wears sensible shoes, a pretty yellow sweater, and a plain black skirt. Her posture is ladylike, upright. If she attended Wellesley in 1942, she might have received an A for her Posture Requirement grade (according to the 1942 Wellesley Course Catalog, a student had to receive at least a C minus on her posture photograph). To her left is Kiki Djos, maybe a bit more realistic view of a Wellesley student. Kiki is slouched and stares with a pensive look on her face. Her outfit is anything but ordinary. Kiki's purple leggings and polka dot jacket stick out like a sore thumb. I say Kiki is maybe a more realistic view because I imagine that in 1967, maybe Selvage and Neel were at the opposite ends of the Wellesley spectrum. In 1967, maybe Wellesley students ranged from students who wear their pearls and sit upright to students who slouch and wear whatever smells clean.

Maybe the Wellesley girls portrait doesn't represent our school's diversity but they do hold features that we can see in ourselves. Selvage is put together, ready to conquer the world like we are often told we can do so. Djos is slouched, relaxed, looking back and thinking. Her relaxed manner is more comfortable and common than Selvages. Their stares hold fast to ours. We are quick to judge who these women are but it seems as if they are judging us as well. No matter how long you stare at Neels' "Wellesley Girls," you can always learn or notice something new.

What other painting or work of art creates a psychological itch that you find unsolvable?

Nathalie Davidson is an English major and a member of the class of 2014 at Wellesley College.