When the revered graffiti holy place named 5Pointz in Queens, New York was buffed and slated officially for demolition last fall the collective response of the graffiti/street art fan base and community was horror and lament. Nonetheless, community persists, and art in the streets is stronger than ever in many cities, including right here in Queens which has played host to an ever growing grassroots exhibition on the walls for five years called "Welling Court." 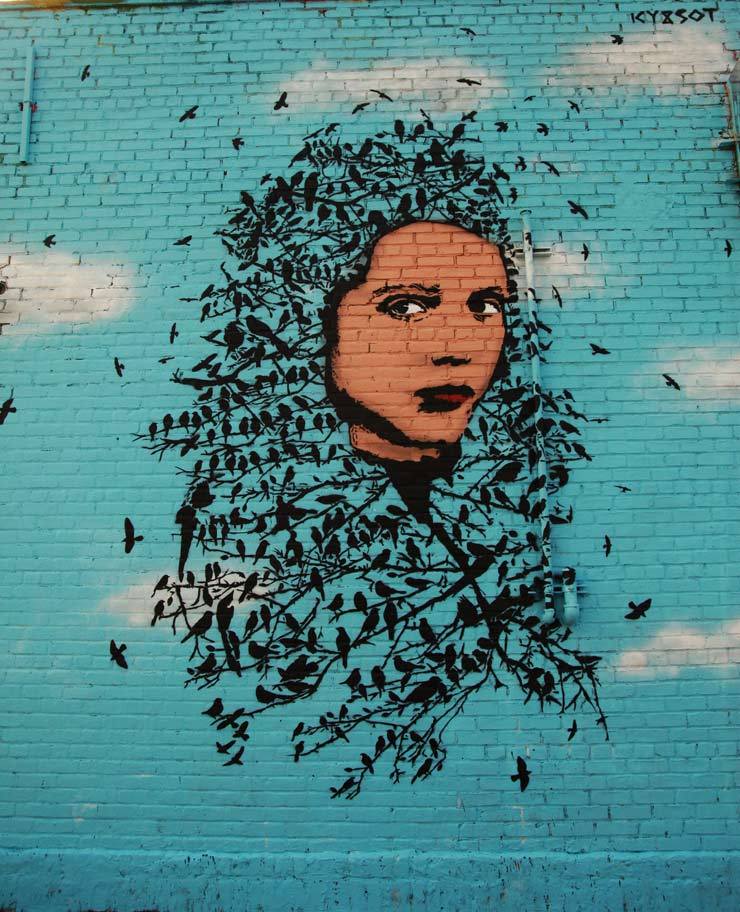 Imagined and produced by two advocates of creativity in the public sphere and run on a shoe-string budget, "Welling Court" is a series of 100+ walls throughout this largely working class neighborhood that feels like it perhaps has been overlooked by the rest of the city. With a mix of some of New York's newest immigrants and families, the modest residential/light manufacturing neighborhood has had a eye-jolting injection of spirit and free art every summer since 2009. 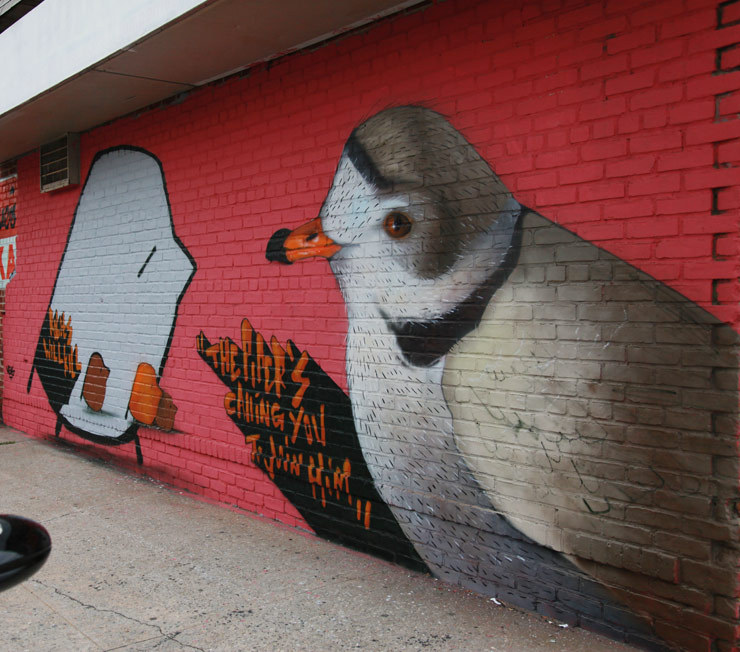 We look forward to this annual event for a number of reasons, among them: the unpretentious spirit of community creativity at work as tens of artist straddle ladders and stepstools side by side painting walls, the friendly inquisitive neighbors who hang out and discuss the art and prepare a variety of foods to share on folding tables in the middle of the street, and the unbridled enthusiasm of the kids who race through the neighborhood on foot, bicycle, scooter, even grocery cart.

Unsponsored by brands and run by community elbow grease, "Welling Court" brings lots of Street Art / graffiti / public art enthusiasts and almost no police presence or crime for that matter. Breaking their own record this June at 127 painted walls, organizers Garrison and Alison Buxton help hook up the opportunity and artists are happy to take advantage of it. Here is just a relatively small selection of images taken by photographer Jaime Rojo at "Welling Court" 2014. 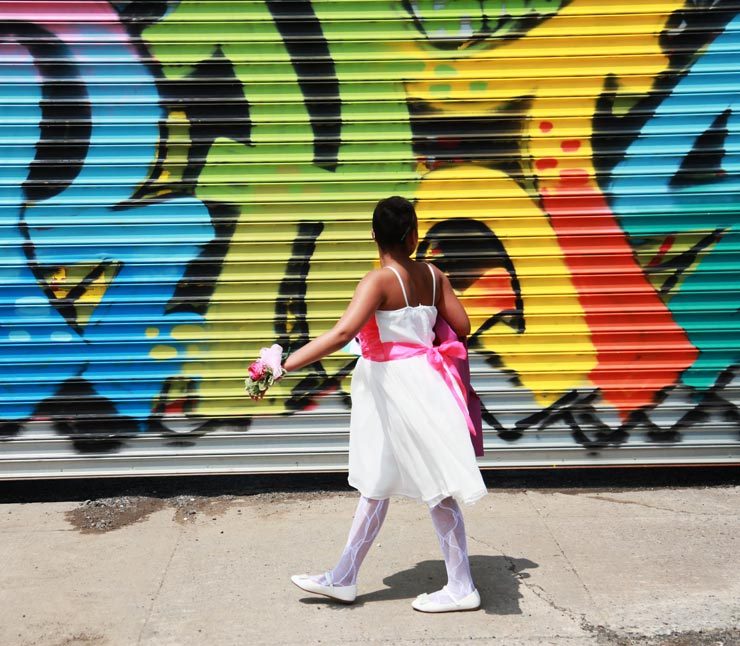 Fresh from graduation and walking in front of a RHAK gate. (photo © Jaime Rojo) 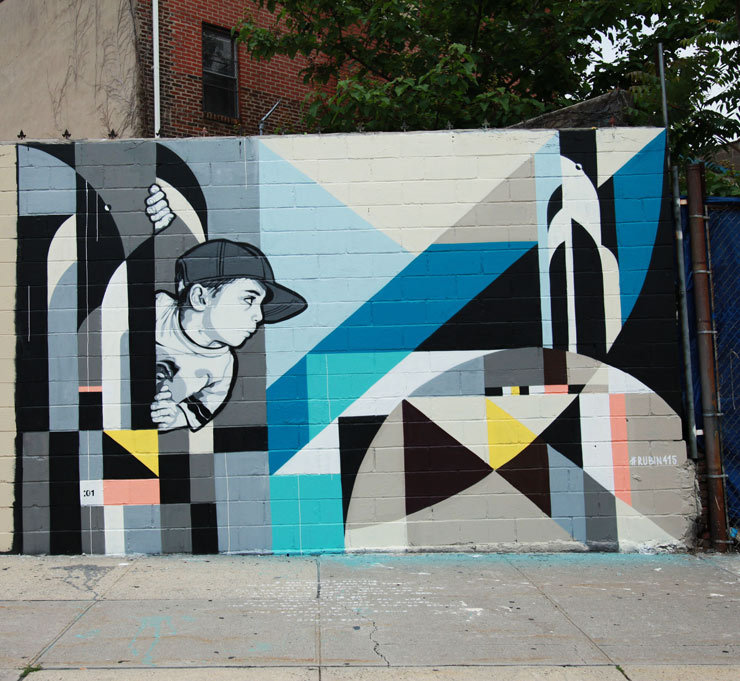 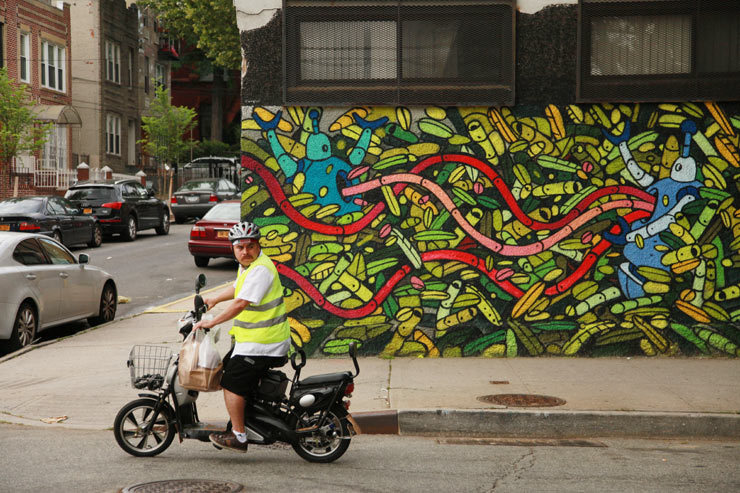 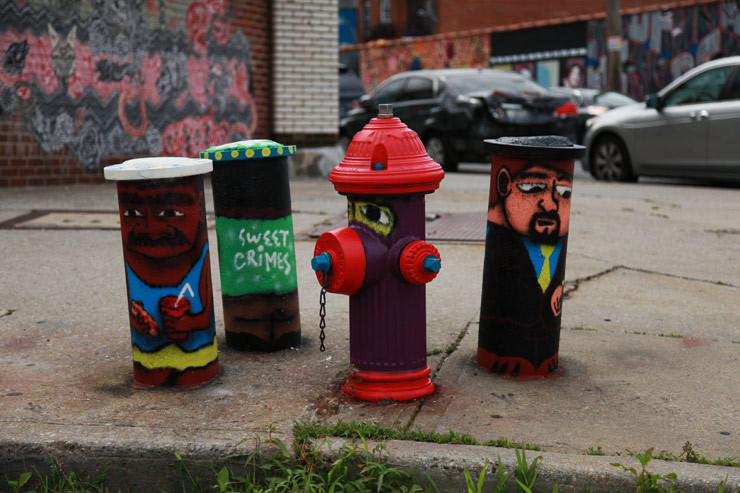 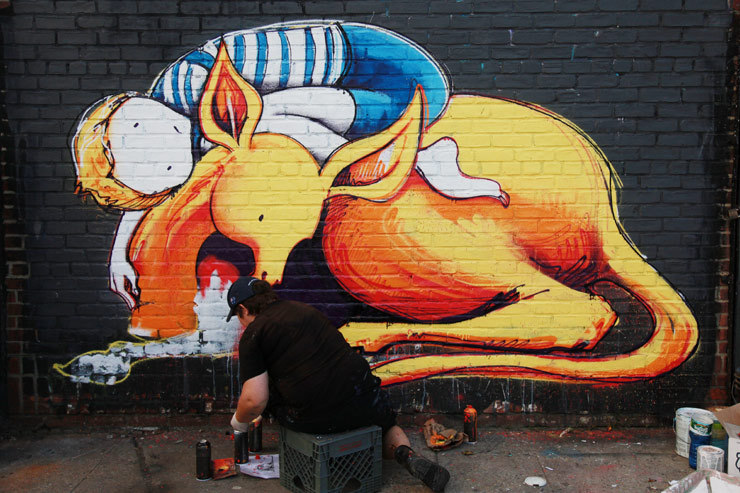 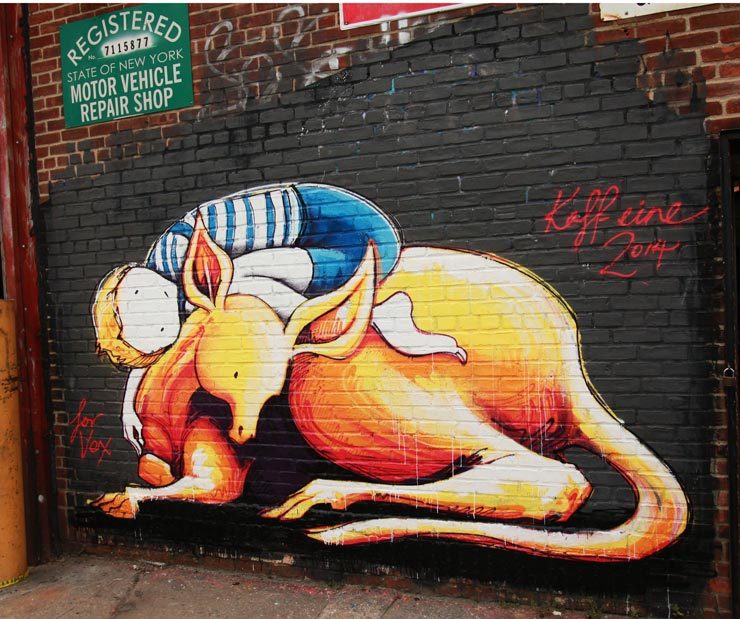 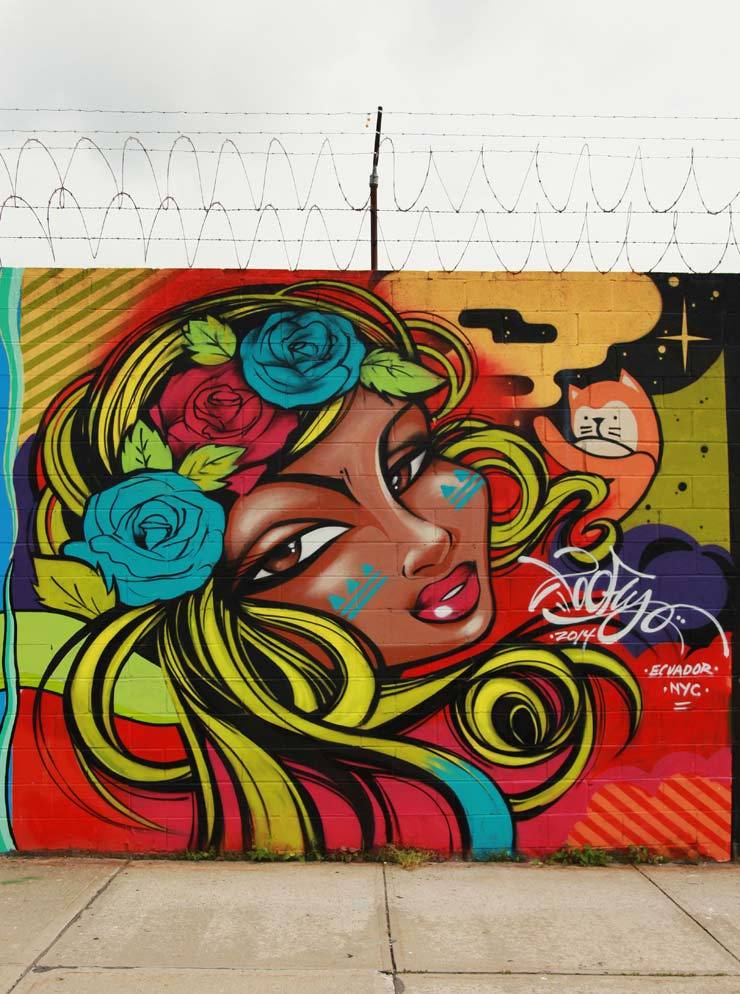 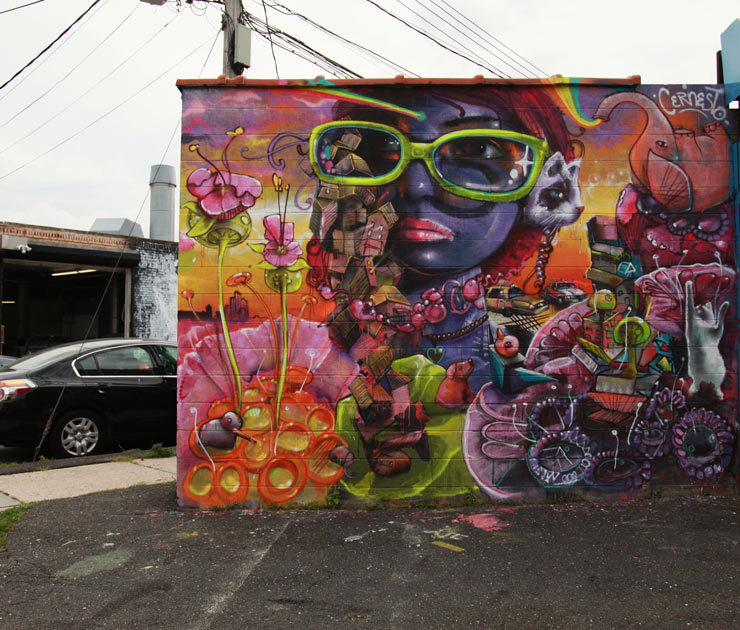 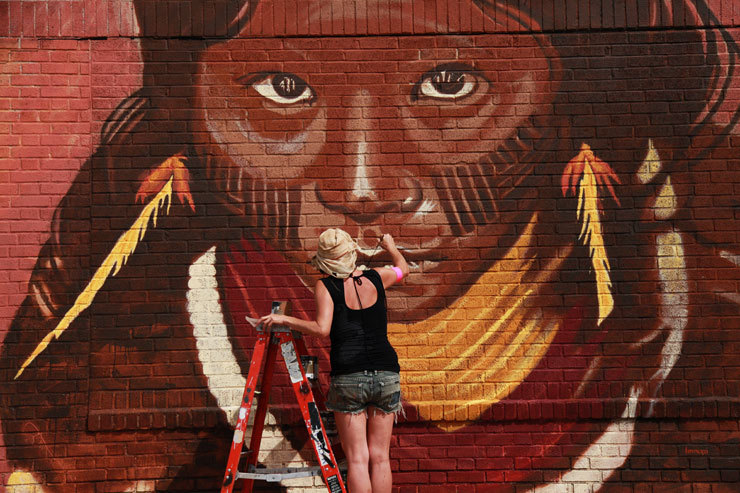 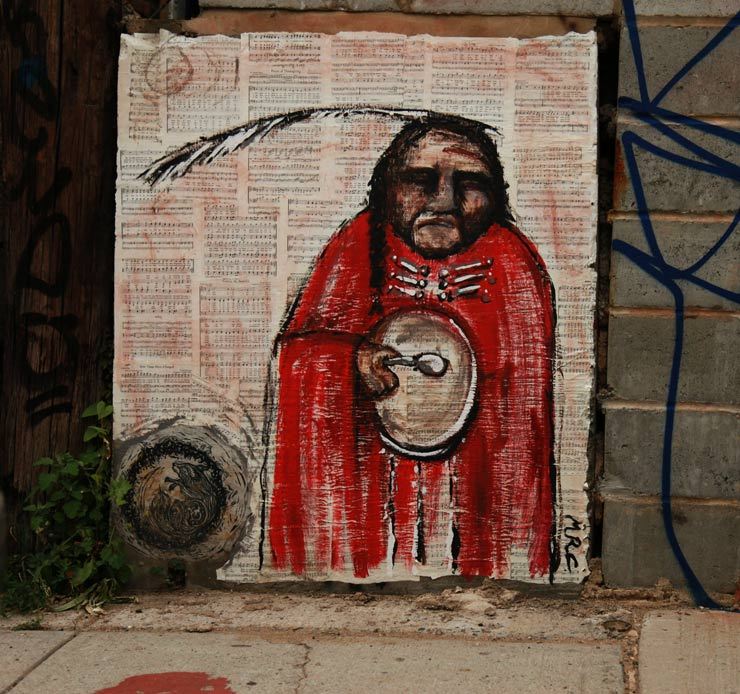 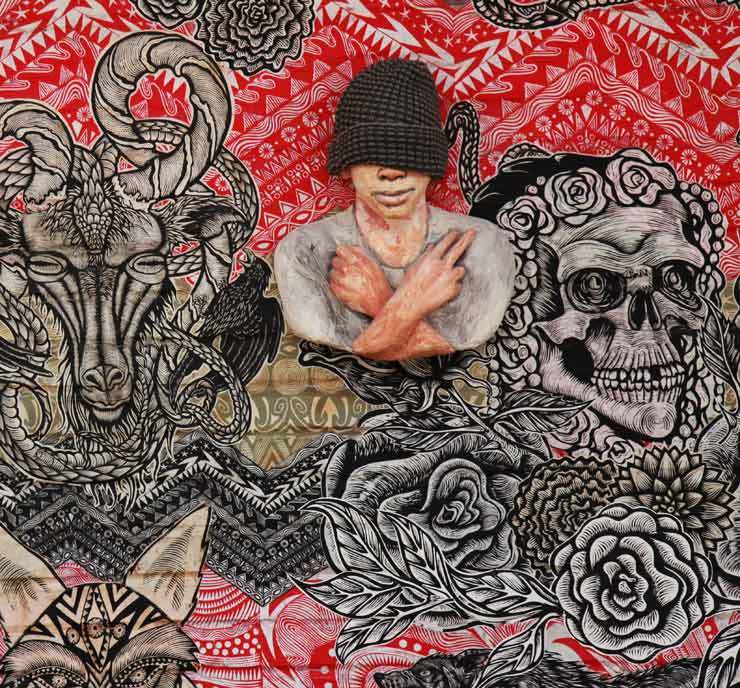 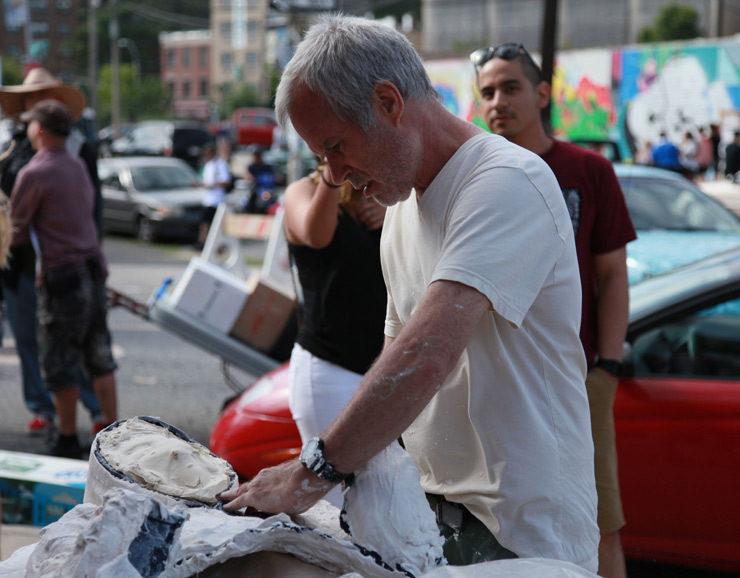 John Ahearn working on the details of the live casting he did of Roger Smith. (photo © Jaime Rojo) 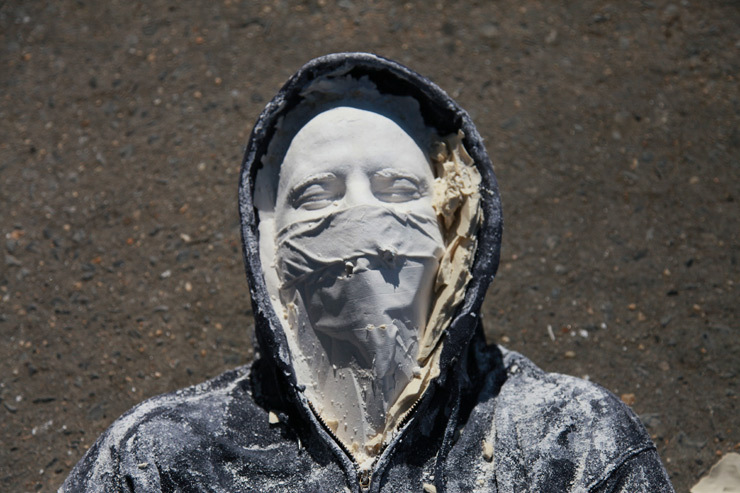 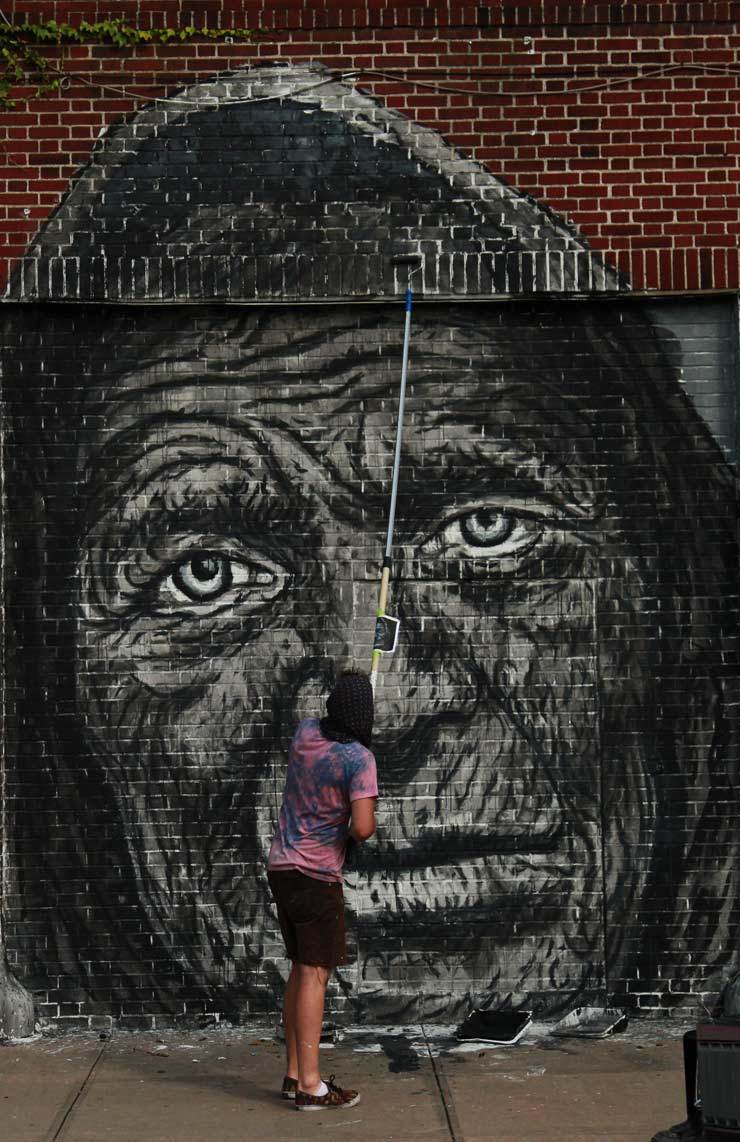 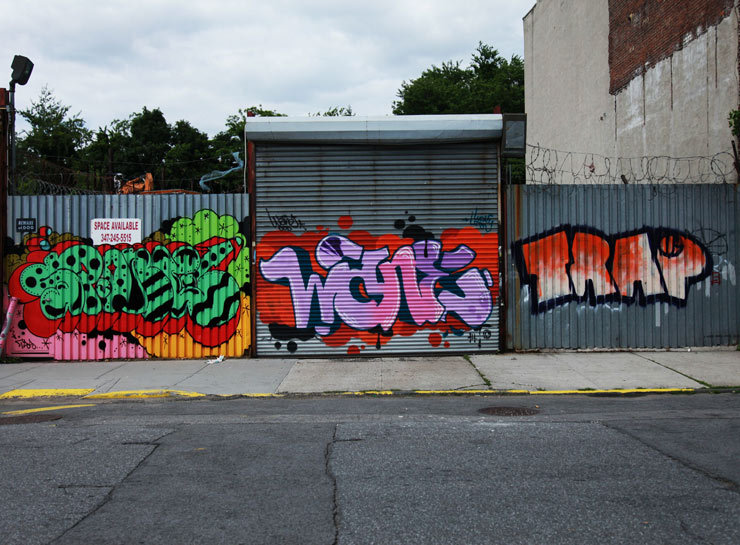 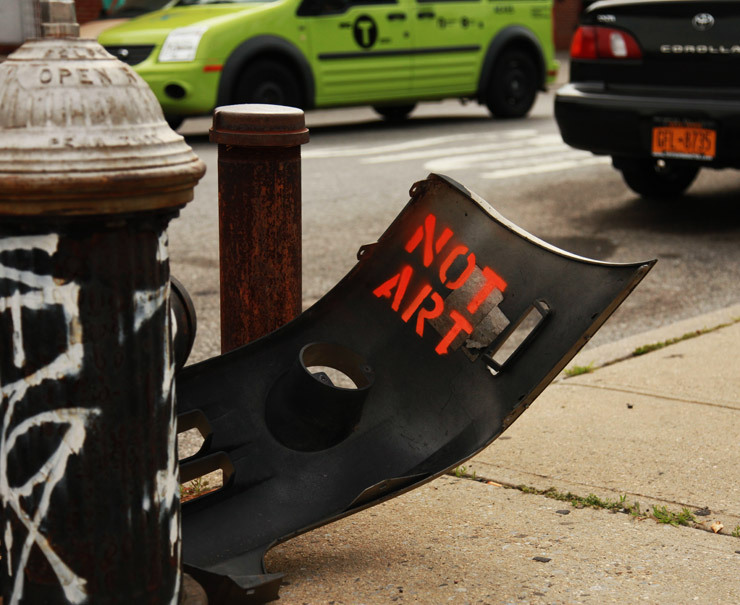 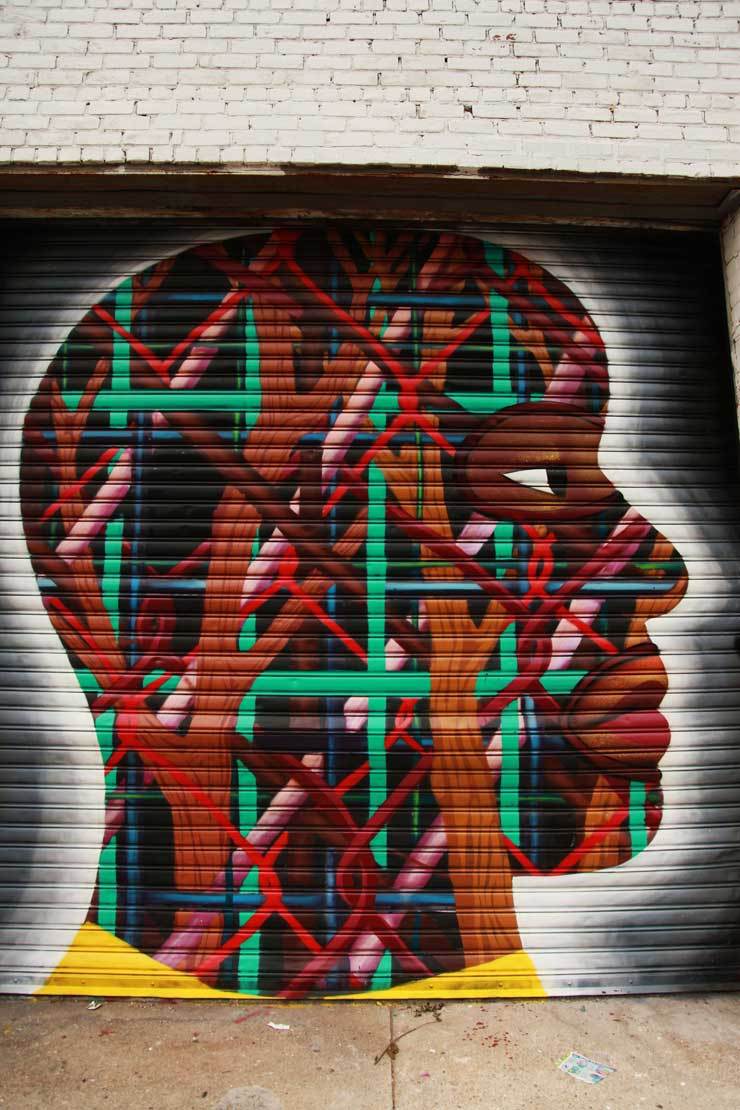 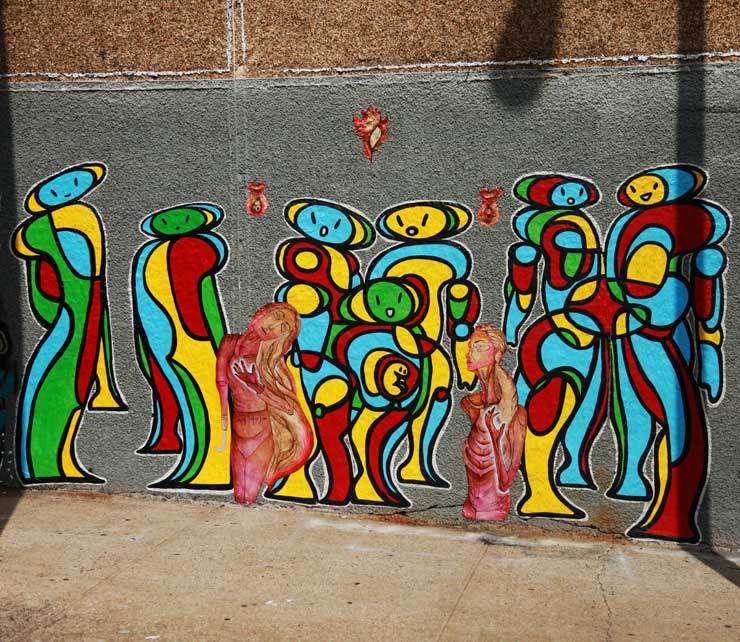 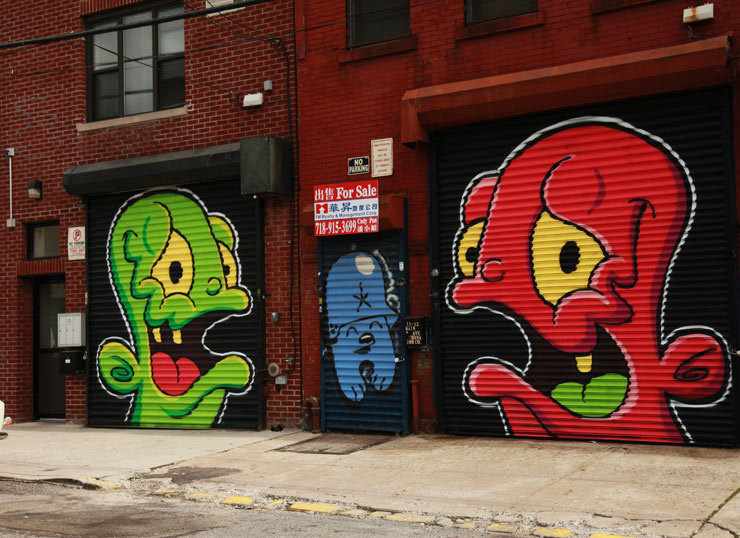 Bishop203 with an old Flying Fortress in the middle gate. (photo © Jaime Rojo) 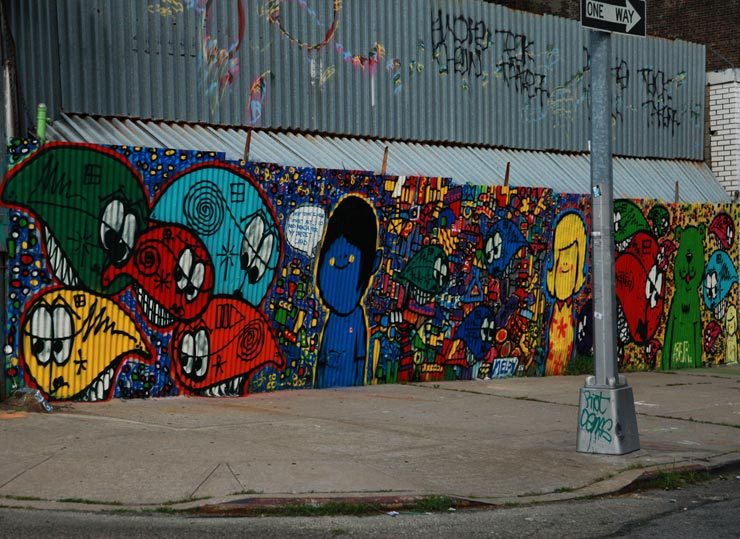 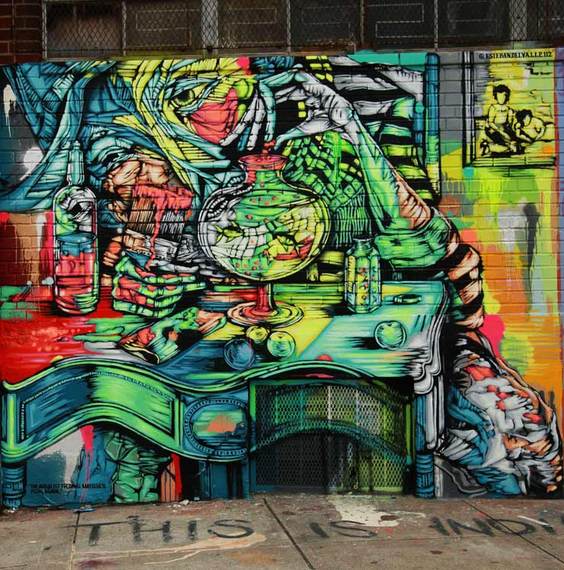 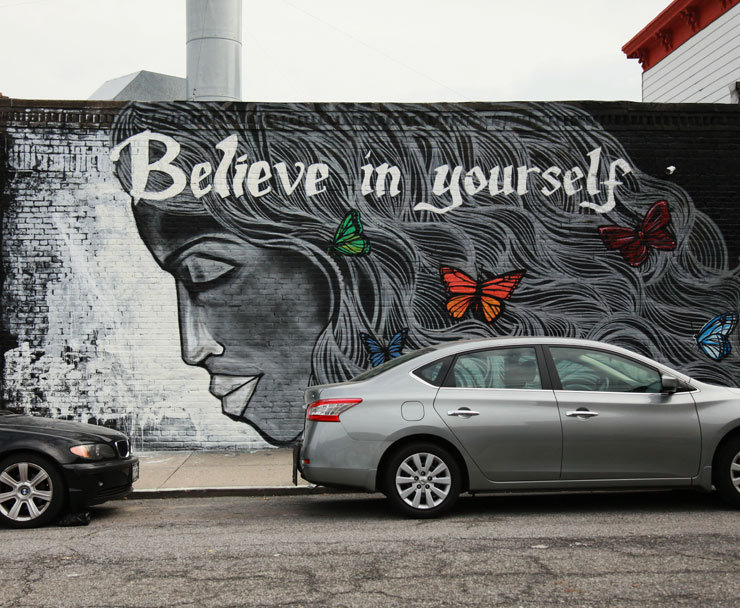 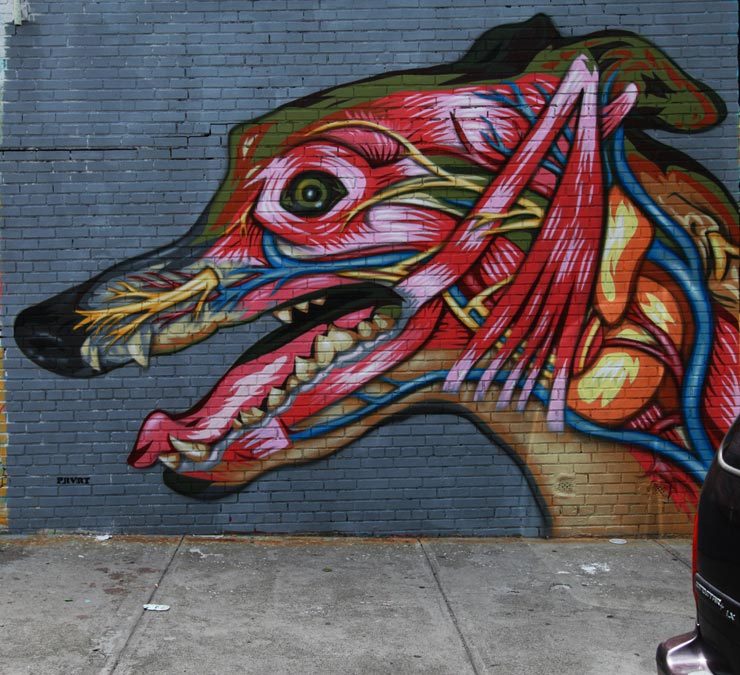 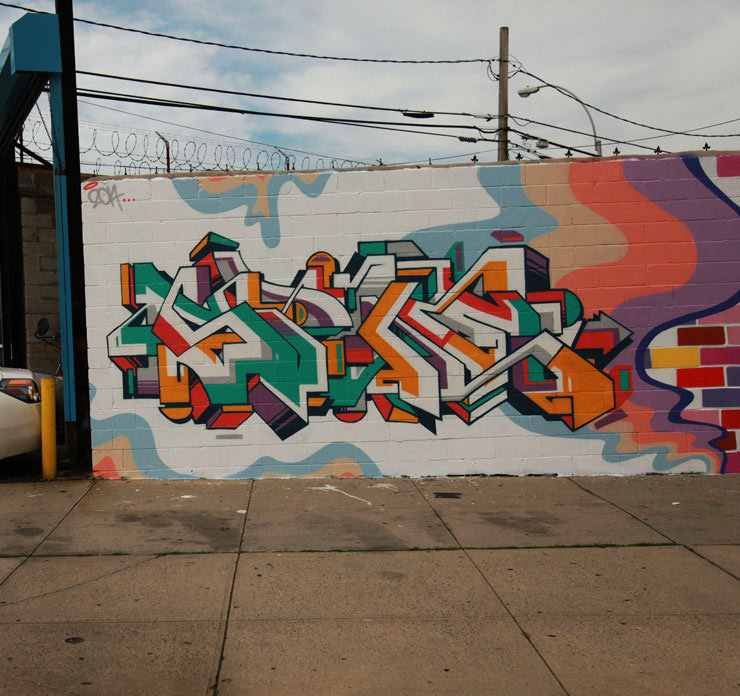 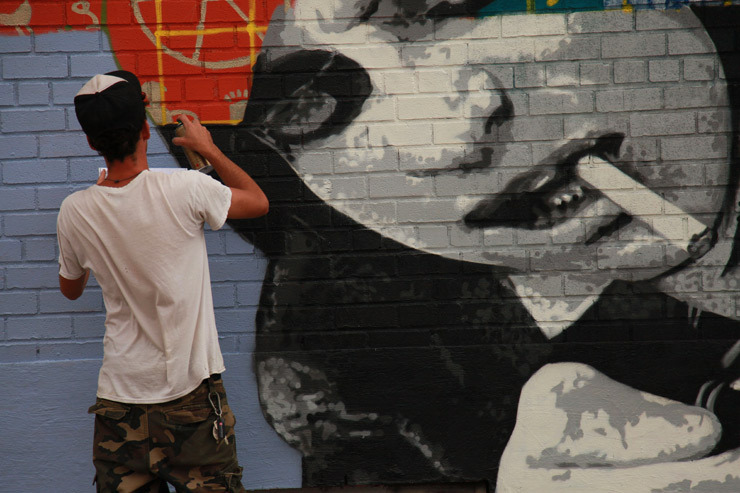 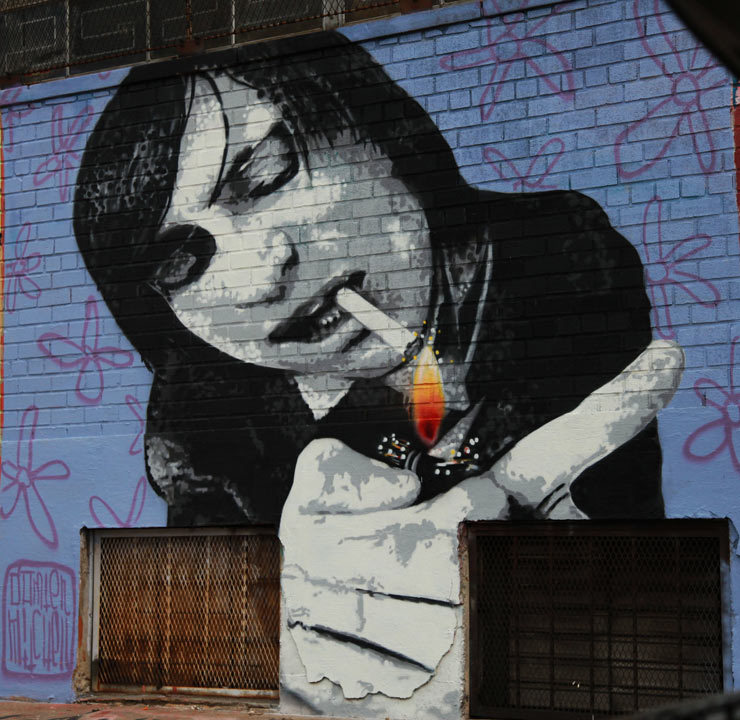 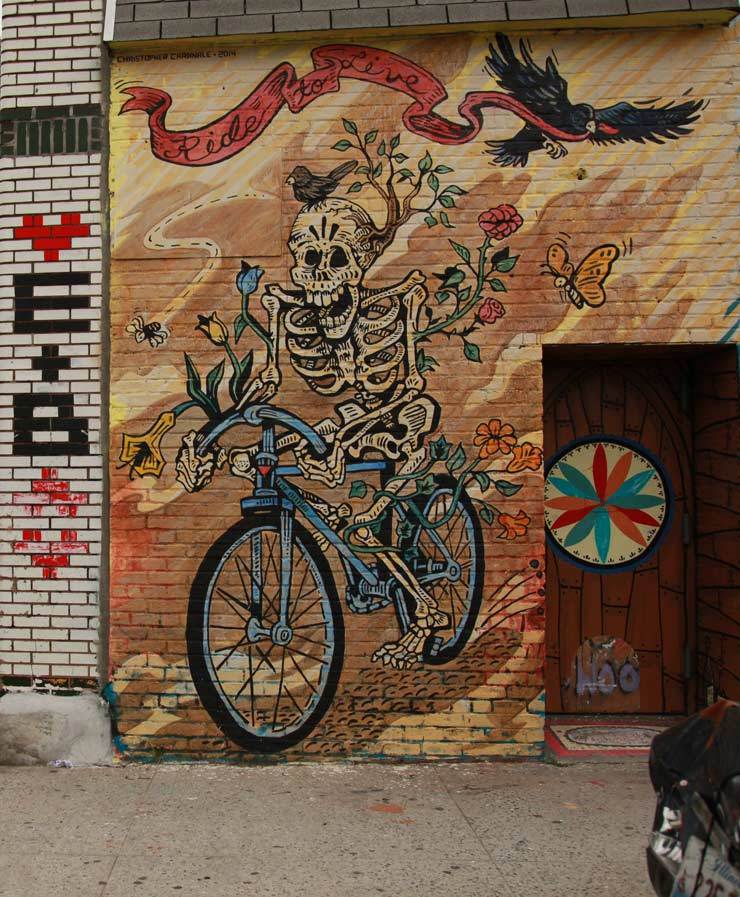 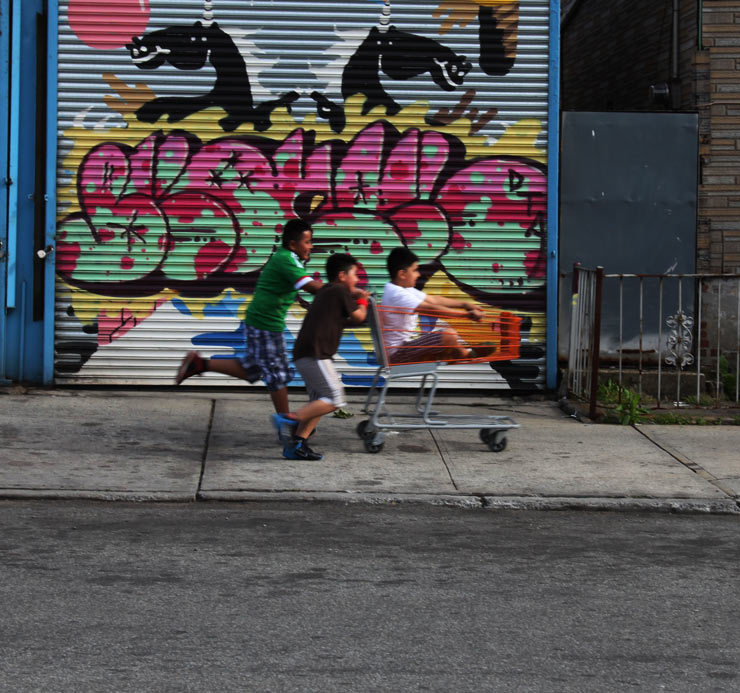