The community mural: A time honored urban tradition rooted in local flavors and tastes. Every major city and many small towns have them and most people who live near one of these colorful creations also have stories they can tell you about them. Apart from the graffiti scene or the Street Art scene, Allison and Garrison Buxton have one focus in mind when curating artists into this neighborhood in Queens to paint for the third year in a row: The nexus of community and creativity.

The styles, perspectives, and command of the aerosol can may vary, but the enthusiasm and refreshing lack of attitude at this non-commercial weekend event are undeniable. This year the number of participating artists grew to over 90 and the number of dishes served by neighbors on folding buffet tables in the middle of the street was probably 10 times that. It's easy to see that this working class neighborhood full of racing kids on bikes and people posing for photos in front of murals is one true definition of New York today. For this sunny summer event, it's the electricity of live creativity on the street that draws people out to talk with each other. 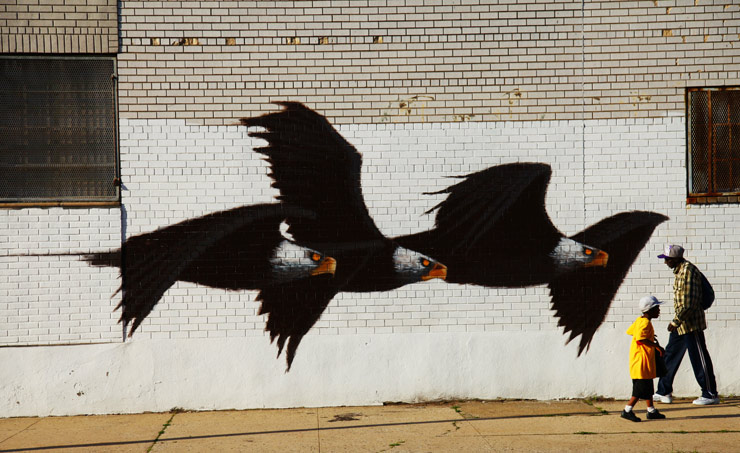 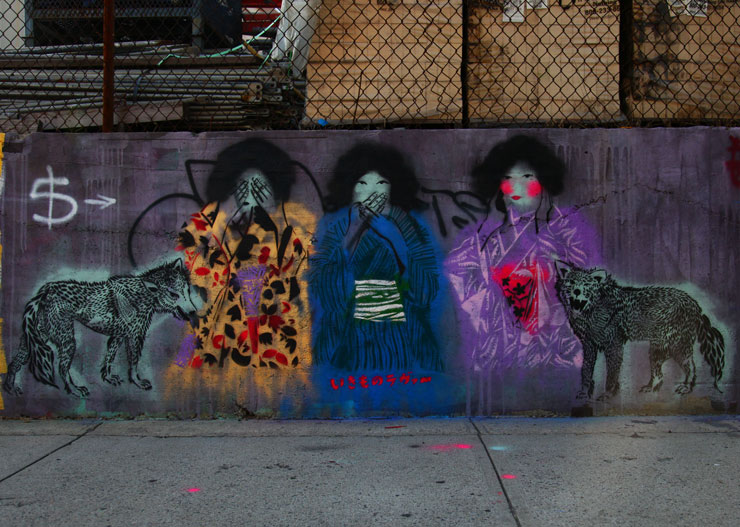 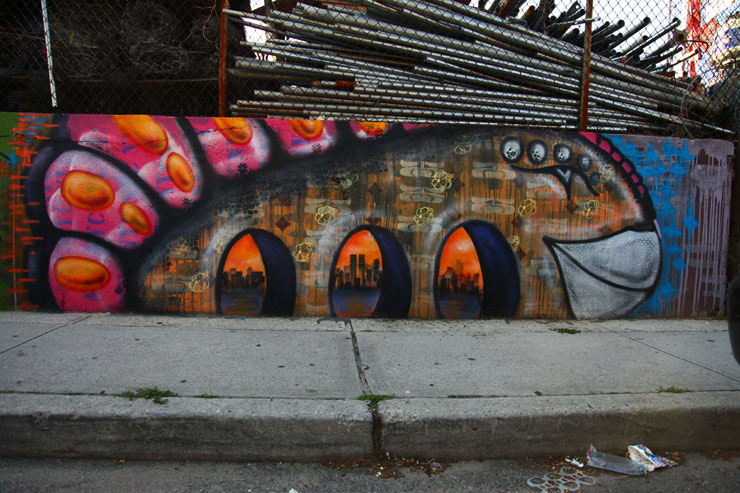 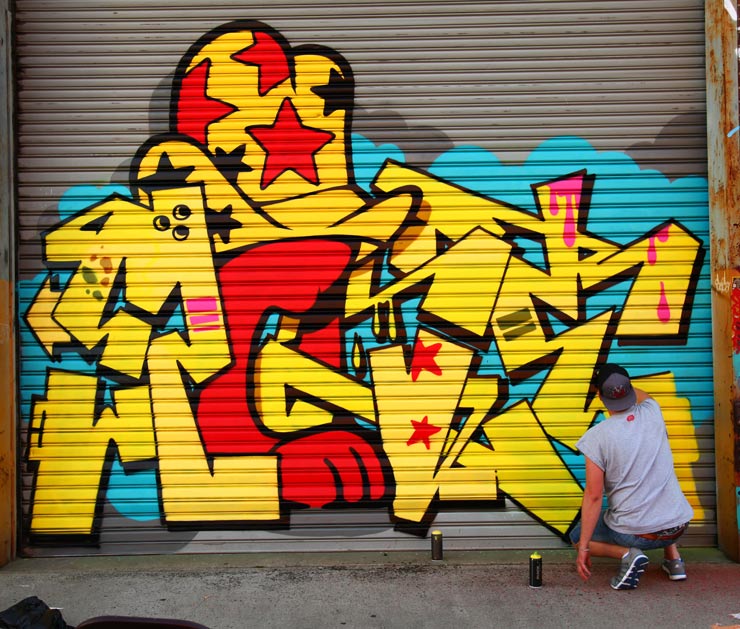 Flying Fortress at work with MOST (Photo © Jaime Rojo) 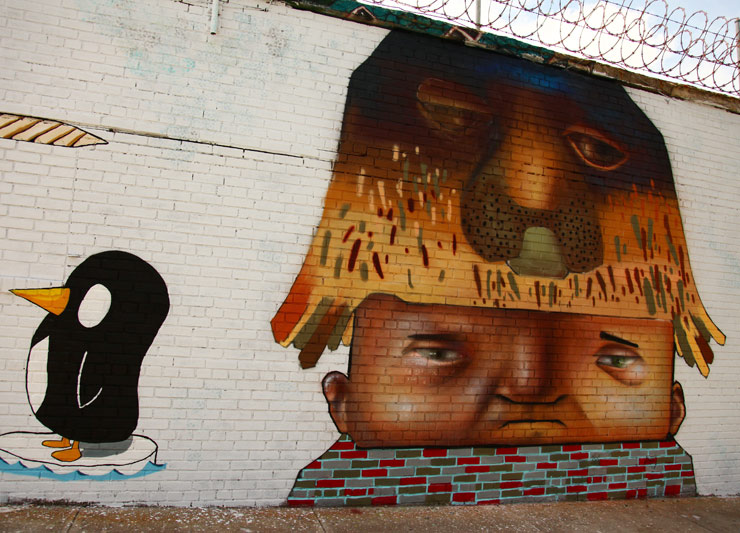 Chris and Veng from Robots Will Kill (Photo © Jaime Rojo) 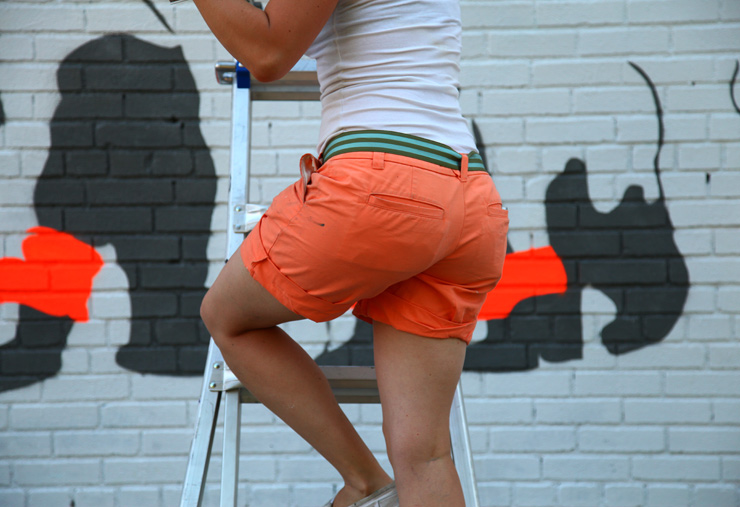 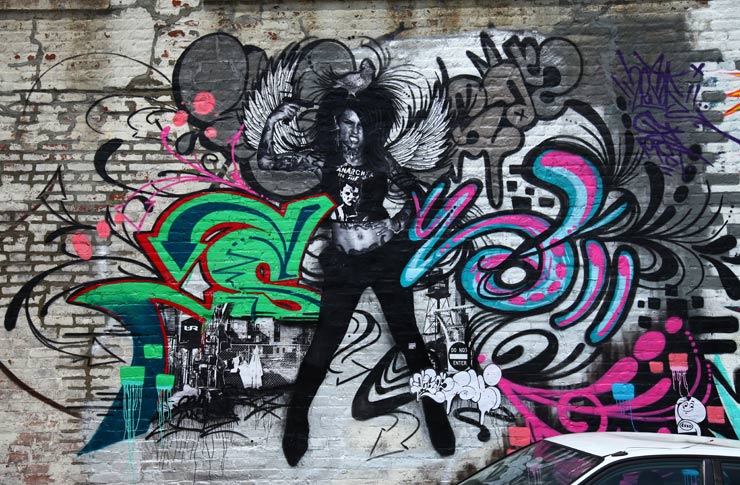 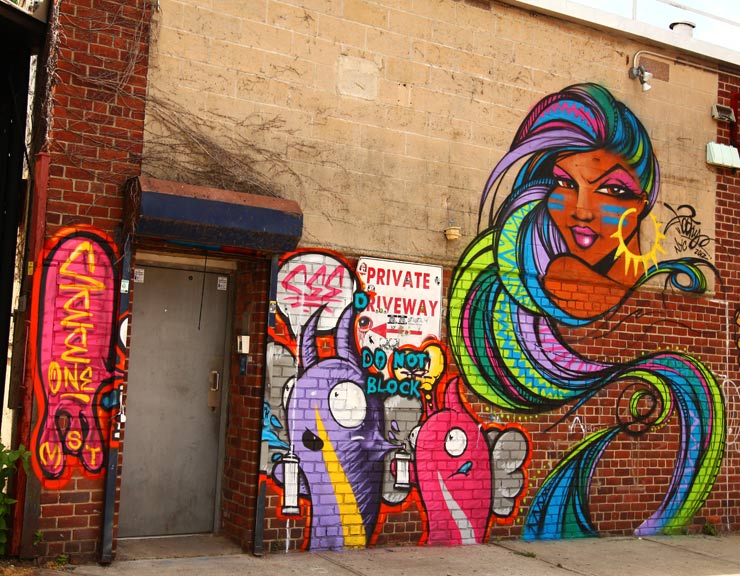 See One next to Too Fly (Photo © Jaime Rojo) 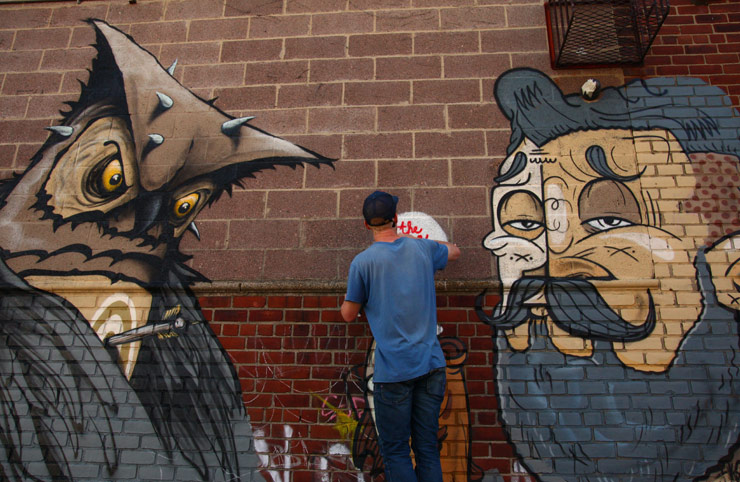 The Yok at work with Never. (Photo © Jaime Rojo) 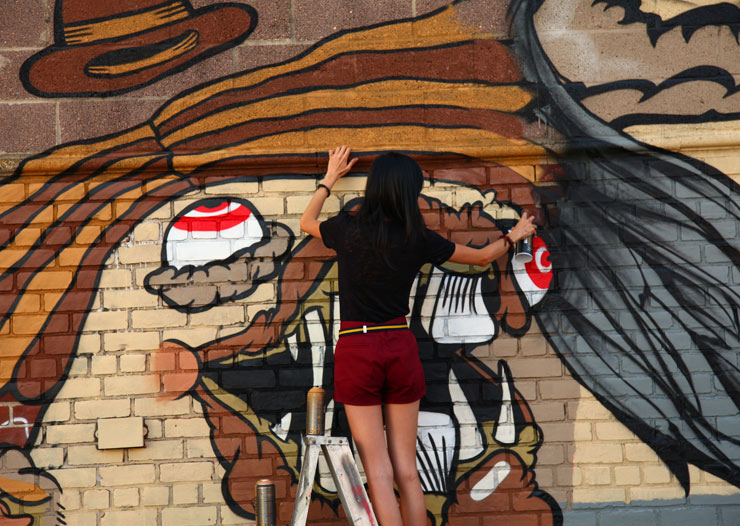 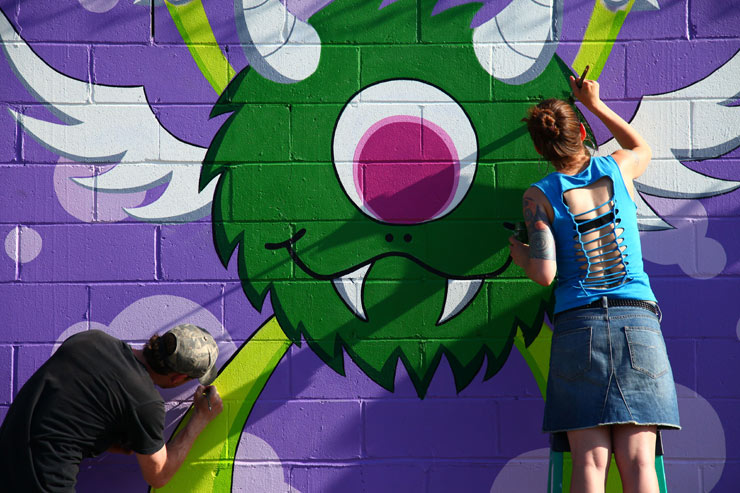 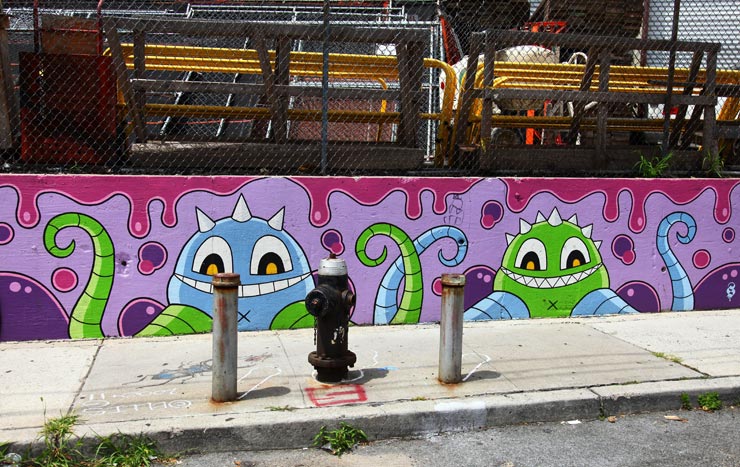 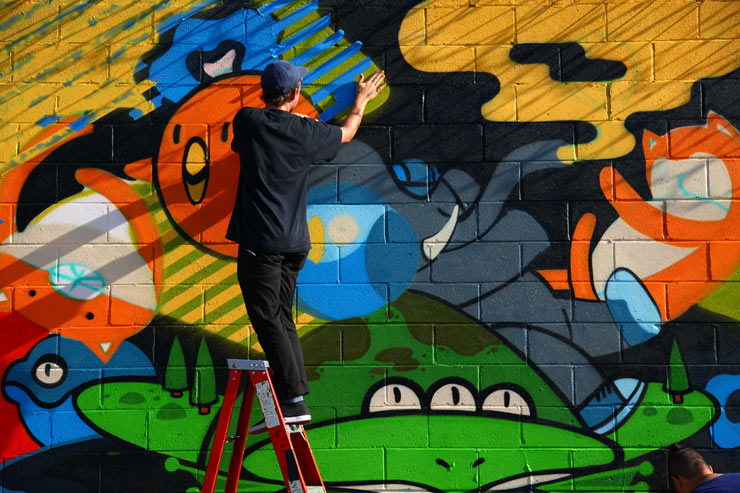 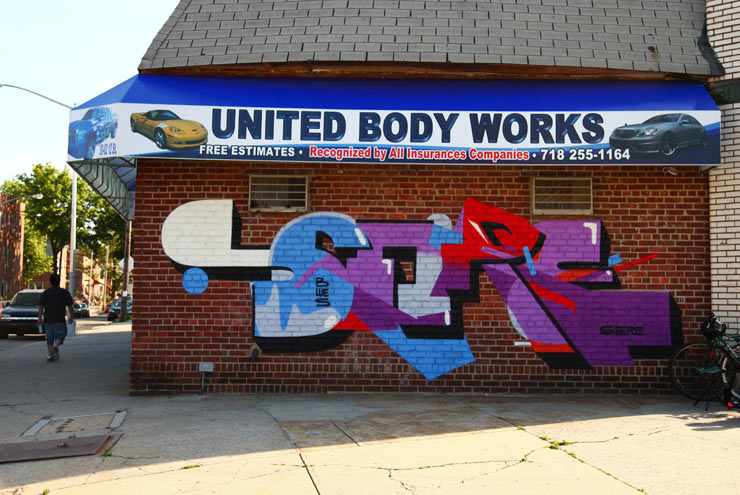 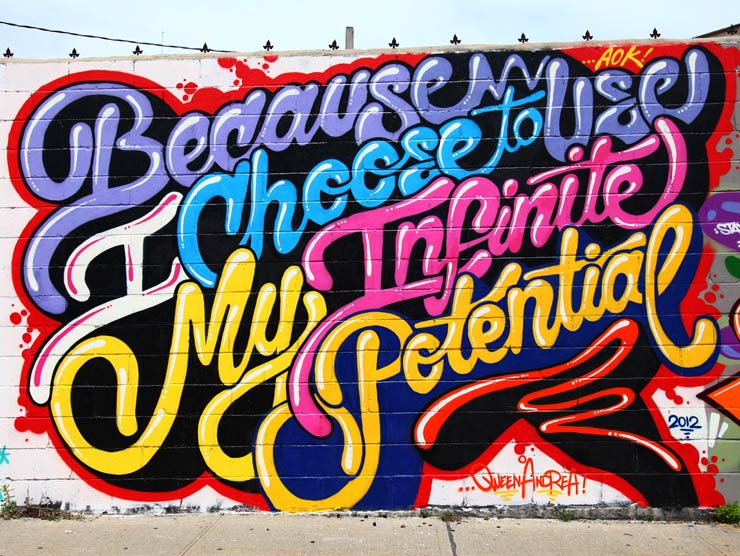 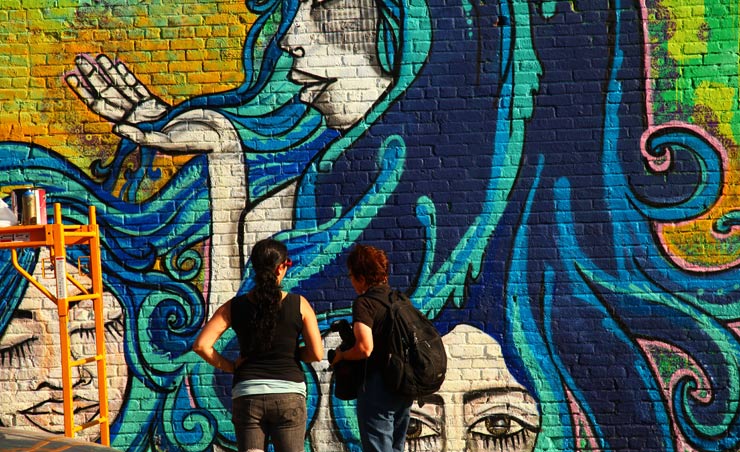 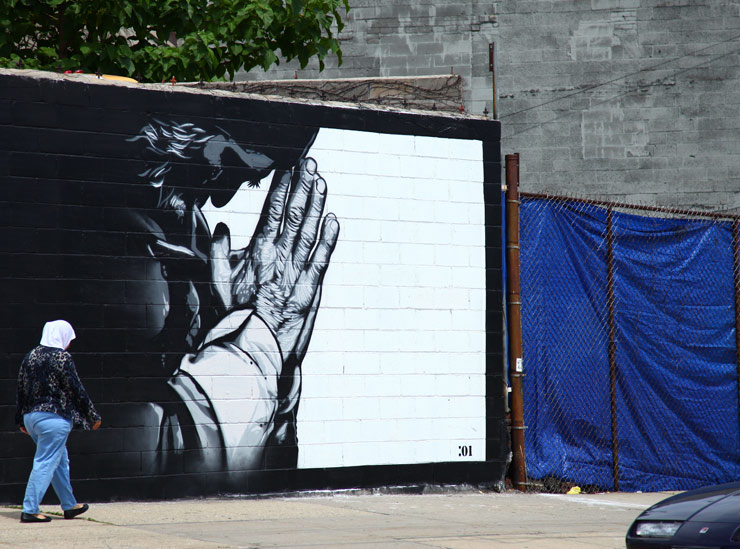 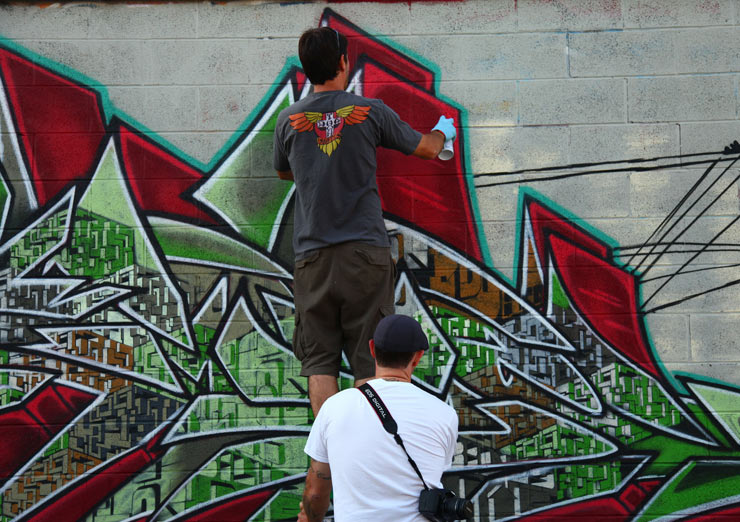 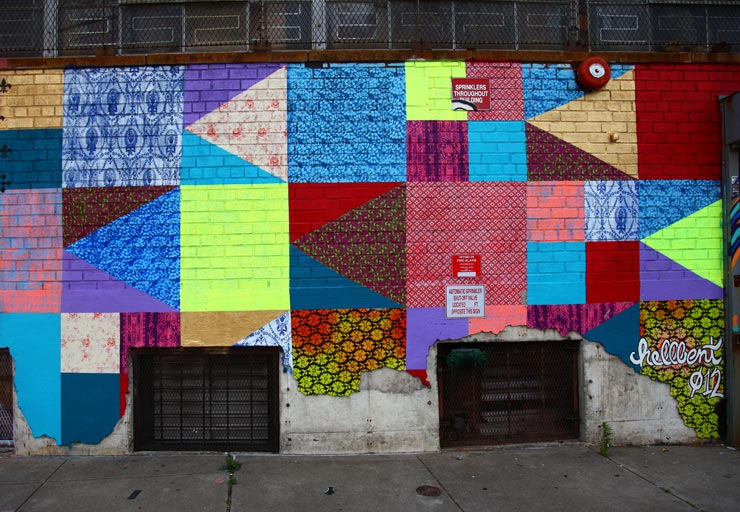 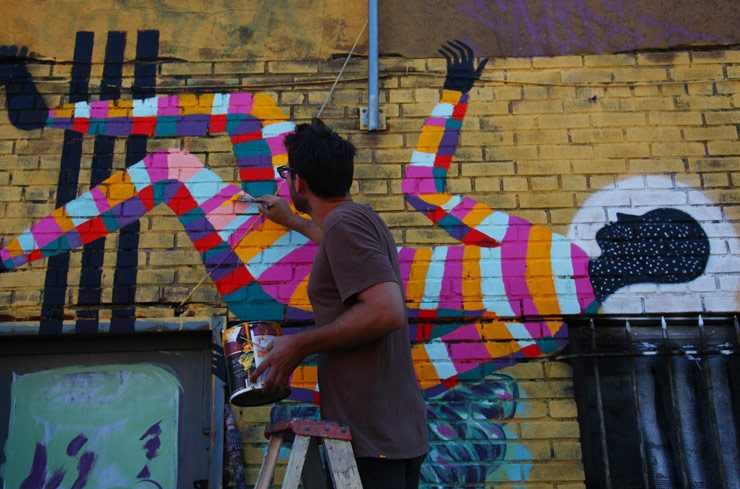 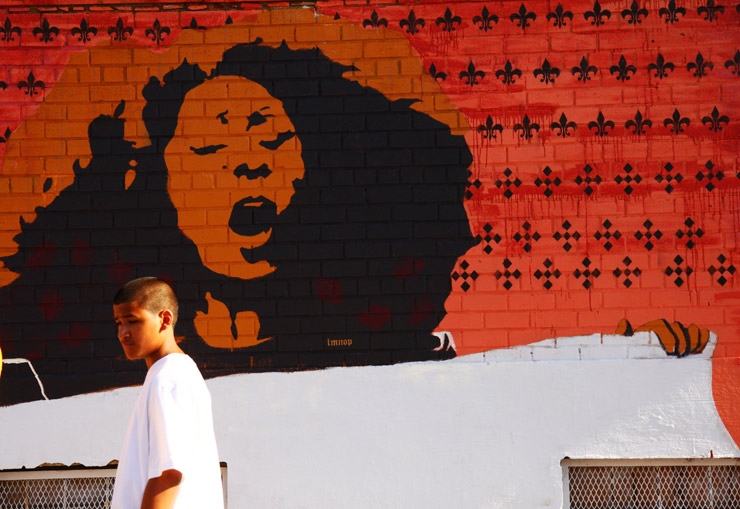 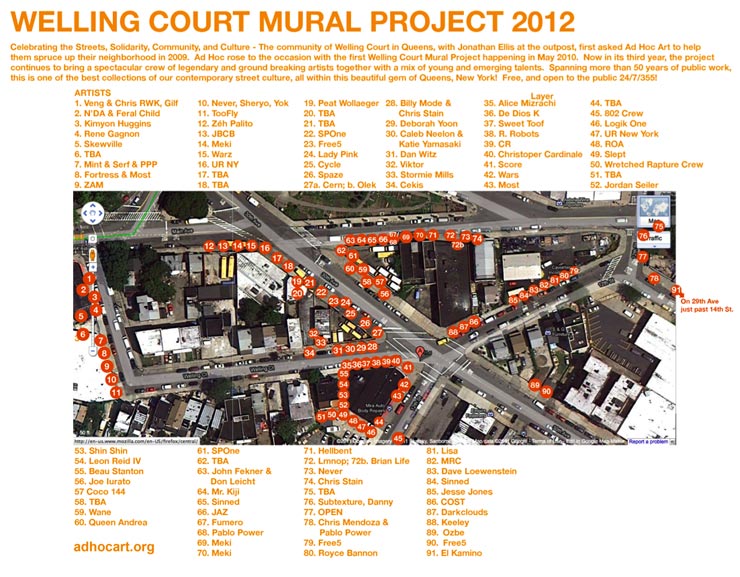 For more photos of completed murals on Welling Court 3 click on Images of the Week 06.17.12

Thank you to Garrison and Allison Buxton for their indefatigable efforts to bring the community of artists together. Thank you to the families and business of Welling Court for opening their doors and their walls to the creative spirit.